The crux of Islamic teachings is that as men, we’re hardwired by nature and confirmed by divine design and historically through the ages to do three main things: to provide, to protect, and to lead. We do this not for our own sake, not to feed our egos, but in service to others; our families and society and country. Human beings are not identical units. The fact that we are similar also means we are not the same. We’re not interchangeable pieces of social machinery. Equality is based not in political ideology but in the reality of the differences and mutual dependencies of real men and women. As men and women we’re designed to need each other, not replicate each other. Because we have deviated from divine design and intent, it is the key reason why modern culture is so conflicted about equality of men and women.

In this article, I will explore some of the issues often raised and address the general question: Does Islam discriminate against women or men in its teachings? [*] 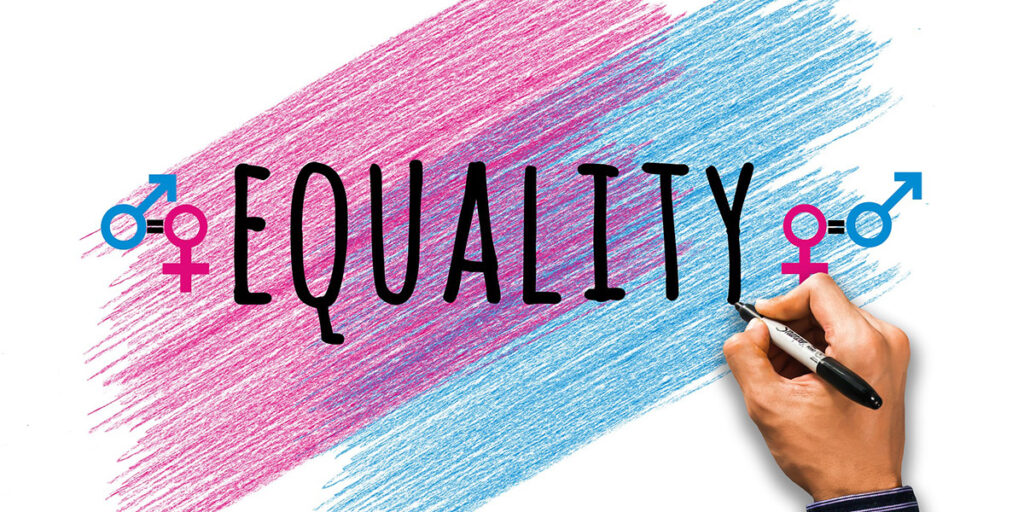 In order to understand this issue, we first have to determine what it really means to be equal? Are we talking about absolute equality when it comes to gender relations? If we are talking about absolute equality, it must be clear that many (perhaps, all) atheists, secularists, and feminists do not propose absolute equality of genders. Virtually everyone concedes that the two genders need to be treated differently in at least some life activities. Take sports for instance. If absolute equality was the goal in sports, we would be having tournaments with men and women playing together or against each other. But this is not the case at all, as sex verification tests take place to ensure there is no inequality by having a man pretending to be a woman playing in a given sport. Here, “equality” would be defined as women playing against women for a level-playing field. Had equality been absolute, such tests would not have existed. Their existence shows that all of us are agreed that nature has given different tendencies, aptitudes, strengths and personalities, to men and women.

Now, let us take a more specific example that is also related to sports: Physical strength. In this regard, it would be wrong to say that all men are stronger than women, but it would be correct to say that men in general are stronger than women, given that the term “strength” here is being used to refer to physiological, muscular strength and not to other kinds of strengths like dealing with trauma, surviving illness, etc. where women are in fact stronger. Hence, if men entered into sports competitions against women, they would have an unfair advantage. The issue is not then one of gender equality in the absolute sense. Instead, it is an issue of gender equality in the best sense.

What that means is that it must be acknowledged that each gender has strengths and weaknesses that may or may not overlap. In certain respects, one gender has an advantage over the other, while in other respects, the other gender has the advantage. As one psychiatrist, Dr. Neel Burton, puts it, “biological advantages and disadvantages are more or less equally distributed between the sexes”.[i] In spite of these differences, God declares in the Holy Quran:

But whoso does good works, whether male or female, and is a believer, such shall enter Heaven, and shall not be wronged even as much as the little hollow in the back of a date-stone [4:125]

In other words, as far as one’s spirituality and relationship with God is concerned, there is indeed absolute equality between the genders.

What many see as inequality between the genders in Islam is actually equality in the best form. Due to the fact that women are born with the ability to give birth to children, and are naturally better equipped to care for a newborn’s needs, Islam has assigned them a more central role in terms of the upbringing of children. This does not mean that men do not have any role in this regard. It only means that the father has a supportive role while the mother has the primary role and responsibility in taking care of young children.

Conversely, Islam assigns the role of supporting the family financially on the husband/father, and the husband bears the heavy responsibility of ensuring that the family is well taken care of. This is laid out in the following verse of the Quran:

“And they (the women) have rights similar and equal to those (of men) over them in equity; (i.e., for women, there are exactly equal rights as for men, as men have rights upon women. There is thus total equality and there is no difference whatsoever between the fundamental human rights of women and men.) But men have a degree of advantage over them. And Allah is Mighty and Wise” [2:229].[ii] What is that advantage? That is in terms of their responsibility as breadwinners, as the Quran says, “Men are guardians over women because Allah has made some of them excel others, and because they (men) spend of their wealth” [4:35]. This teaching does not give any special privileges or rights to men as their responsibilities are greater. If anything, this teaching seems to be harsher for men, and makes life easier and more convenient for women.

Related to the issue being discussed in this article is a quotation of the Promised Messiah, Hazrat Mirza Ghulam Ahmad(as), circulating on the Internet where he quotes the objection of an individual who alleges that according to the teachings of Islam, men and women are not treated equally. The Promised Messiah(as) responds by writing:

“The answer is that men and women are not equal. Universal experience has shown that man is superior to woman in physical and mental powers”.[iii]

This out-of-context quotation, among others, is usually flaunted on social media websites to make the point that the Ahmadiyya Muslim Community does not see men and women as equals and harshly discriminates against women.

When the original quotation is seen in its proper context, and in the original language, it clearly demonstrates that the Promised Messiah(as) is speaking of the differences between genders that have already been discussed above, and that are already acknowledged by doctors, psychiatrists, and biologists alike, and there isn’t an iota of discrimination or inequality of genders expressed in any of the writings of the Promised Messiah(as).

In the lines that follow the above quotation, the Promised Messiah(as) argues that “the husband is responsible for providing all the needs and amenities for his wife”, and presents the following section of a verse of the Holy Qur’an:

That is, it is the responsibility of the husband to provide all the needs of his wife in terms of clothing, food, welfare, etc. Then, the Promised Messiah(as) argues that while the man has been bestowed certain abilities that lay this responsibility on him, he is also taught to treat his wife with the utmost kindness. He writes:

The Holy Qur’an enjoins that if a man has given his wife a mountain of gold as a gesture of his affection and kindness, he is not supposed to take it back in case of divorce. This shows the respect and honour Islam gives to a woman; in fact, men are in certain respects like their servants. They have been commanded in the Holy Qur’an:

i.e., consort with your wives in such a manner that every reasonable person can see how kind and gentle you are to your wife.[iv]

In light of this quotation that is only a few lines below the above quotation, it can easily be deduced that the Promised Messiah(as) is essentially arguing that the biological differences between men and women give them certain advantages and disadvantages over the other gender, not unlike what biologists and psychologists already acknowledge. However, at the end of the day, those advantages and disadvantages even out and each is treated equally, in the best possible sense.

In other words, this teaching of Islam shows the tremendous amount of respect and dignity that is granted to women in Islam. In one way, the men are taught to be like servants of women. If anything, this teaching can be argued to have placed men at a disadvantage, a far cry from suggesting that women are being mistreated here. In essence, Islam respects the different capacities and abilities of men and women, and provides them roles that are best suited for them.

The man’s role then is to be the breadwinner and provider of the family, while the woman’s role is to ensure the family unit is strengthened and children are brought up in the best environment. These are the primary roles of men and women, which of course does not mean that their other roles should be completely dismissed. As their primary roles are being fulfilled, women can work in a profession of their choice if they wish to earn a personal income. Similarly, men should play their part in the proper upbringing of children and providing their family the best treatment, as the Holy Prophet(sa) said:

[*] Ex-Muslims talk about this issue in numerous online posts, YouTube videos, and podcasts. In fact, this is one of the main points of contention where they allege the inequality of genders in Islam.

Was the Holy Quran perfectly preserved?
Understanding the History and Differences of the Dialects of the Holy Quran
Do women have an unfair share in inheritance?
Islamic Teachings on Female Prisoners of War
Does Islam teach Muslims to Hate non-Believers?
Go to Top
Start Here
Research
Contact Us
Follow Us
Copyright © 2022 Ahmadiyya Muslim Community. All rights reserved.
Privacy Policy | Use of Cookies | Terms of Service | Sitemap
Start Here