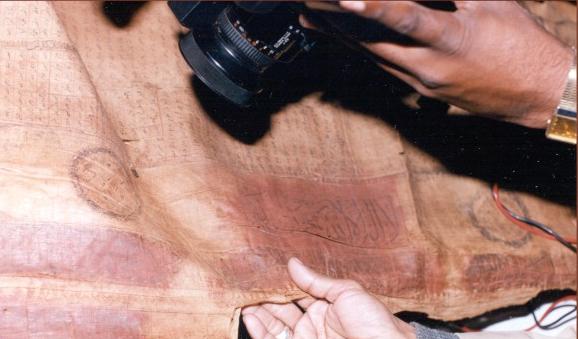 In 1895 Huzoor(as) made known the outcome of his research regarding the religious beliefs of Founder of the Sikh religion. Huzoor(as) stated that although Hazrat Baba Nanak was born in a Hindu household, he had later on accepted Islam.

Hazrat Baba Nanak (1469-1539) was a righteous person who meticulously followed all the teachings of Islam, so much so that he traveled to Mecca for the purpose of performing pilgrimage to the House of Allah. One of his holy gowns contained Islamic declaration of faith, as well as many verses of the Holy Quran inscribed in Arabic.