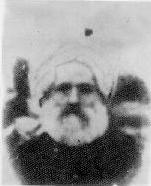 Hazrat Sahibzada Syed Abdul Lateef(ra) was a very revered person from the province of Khost, Afghanistan. He had thousands of followers. He was so respected by the ruler of Afghanistan that King Habibullah Khan; Ameer of Kabul invited him at his coronation to perform the crowning ceremony. He had read some of the books of Promised Messiah(as) that made a deep impression on him.

He visited Qadian in 1902 to have an audience with Hazrat Ahmad(as). He accepted Ahmadiyyat in his first meeting with the Promised Messiah. He immensely enjoyed the company of the Promised Messiah(as) so much so that he decided to stay in Qadian a little longer. During his stay he received revelations repeatedly forewarning him to be prepared to sacrifice himself for Ahmadiyyat.

Eventually he went back to Afghanistan with Hudoor’s consent. When the Ameer of Kabul found out that Sahibzada Sahib had converted to Ahmadiyyat, he was arrested and imprisoned for four months. Many leading citizens of Kabul and the Ameer himself tried to persuade Hazrat Sahibzada to renounce Ahmadiyyat. “How can I relinquish the truth?”, was his reply. The religious divines had him declared a heretic, and the Ameer ordered to have him stoned to death.

On July 14th, 1903 when he was about to be stoned, he was told once again to recant so he could be spared from death. “My life and my family means nothing to me, as opposed to my faith that I cannot relinquish to save my neck” the martyr replied. He was buried up to his waist in the ground and stoned. The stoning continued on until his soul departed from his body to Allah.

Inna lillahe wa inna ilahey rajeoon
We are from Allah; indeed to Him we return

On his martyrdom, Promised Messiah(as) expressed his grief in the following words:

O’ Abdul Lateef, may you be blessed thousands of times as you proved your sincerity in my lifetime… This was a most merciless killing that has no match in this age. What folly has this Amir committed that he has ruined himself by his merciless killing of such an innocent person. O land of Afghanistan, bears witness that a grave offence has been committed in thee. O, unfortunate land thou has fallen in the estimation of God in that this great tragedy was enacted in thee. (Tazkara as-Shahadatayn, page 72)

As foretold by Hazrat Ahmad, peace be on him, in the above prophecy, the entire family of Ameer Habibullah Khan was wiped out because of this barbaric crime. The Ameer himself and his brother Nasrullah Khan were both assassinated, later on his family was forced to go into exile. The day after the stoning, a severe epidemic of cholera broke out in Kabul that killed thousands of citizens including close relatives of the Amir. The country has been in turmoil ever since Hazrat Sahibzada sahib was martyred.