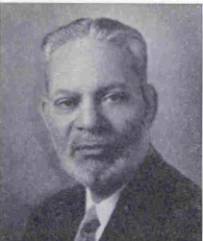 Muhammad Zafrulla Khan, (1893-1985), a distinguished scholar in world religions, was a member of the Ahmadiyya Muslim Community, a missionary branch of Islam. He became Foreign Minister of Pakistan in 1947 and for many years led the Pakistan Delegation to the General Assembly of the United Nations. He was President of the Seventeenth Session of the General Assembly. He also served as president of the International Court of Justice at The Hague.

This little volume is a reprint of the first six chapters of his book Islam: Its Meaning for Modern ‑Man, published by Routledge & Kegan Paul, London.

In that book the author describes a faith that commands the devotion of a large section of the world’s population. A faith that moulds the way of life of over one billion people all over the world. Islam is the fastest growing religion in the world today.

It contains many fascinating descriptions of Islamic religious practices, and movingly presents the basic beliefs of Muslims. It sets forth a clear appreciation of the faith that has inspired people to follow the Prophet’s teaching for over fourteen centuries.