During his address, His Holiness stressed the need for Ahmadi Muslim doctors from the UK and further afield to dedicate their time to serve in the numerous hospitals established by the Ahmadiyya Muslim Community across the globe. 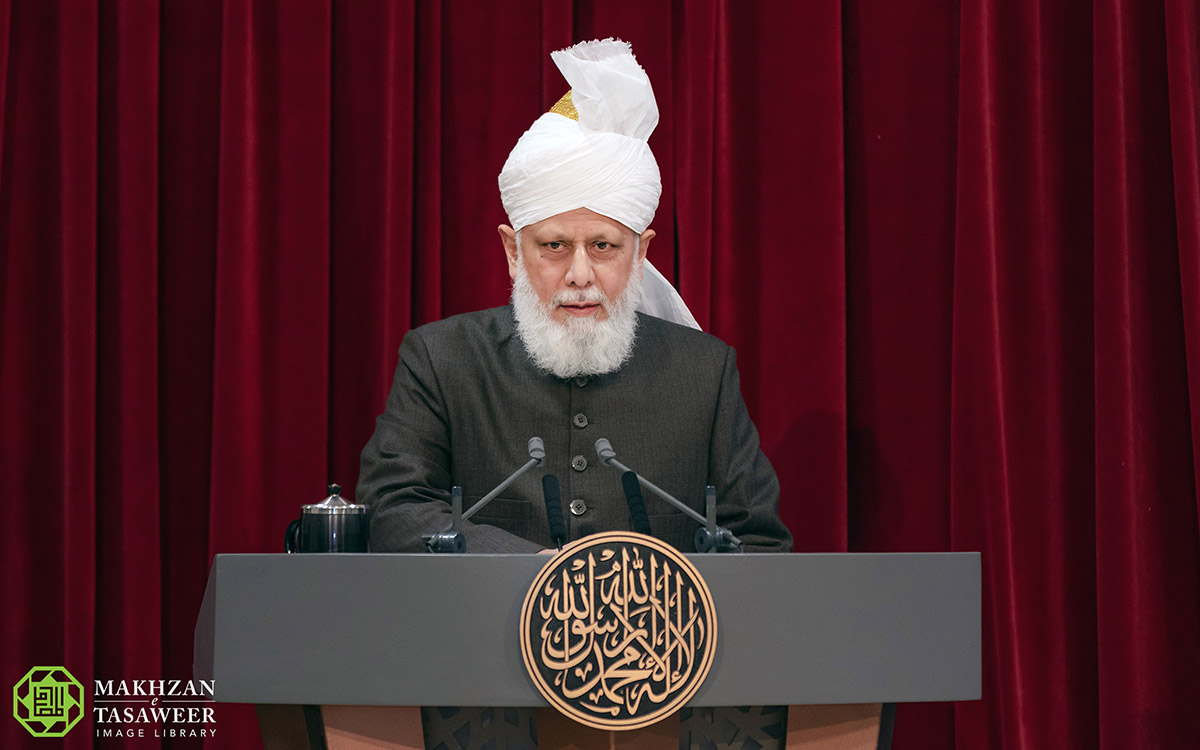 His Holiness said that the Ahmadiyya Muslim Community had built hospitals and medical facilities in several underdeveloped countries, however there was a shortfall of doctors in many of the hospitals.

“It is very important that paediatricians and gynaecologists from the UK, as well as other specialists, offer their services for significant periods of time so that they can help to alleviate the shortfall. It is not enough for our doctors to travel for a few days or a couple of weeks in a year. Rather, a heartfelt spirit of sacrifice is required and a genuine willingness to take time out of your lives to serve humanity.”

“I am sure all of you are willing to do that work which can be done remotely or without interfering with your daily schedules but we need our doctors to travel to serve in our hospitals in Africa and especially in Pakistan for sustained periods.”

His Holiness appreciated the efforts of certain Ahmadi Muslim doctors in the United States who were travelling for extended periods to serve at the Tahir Heart Institute in Rabwah, Pakistan. He particularly acknowledged the efforts of an Ahmadi Muslim doctor who had moved from the United States to Pakistan for three years to serve full time as a doctor at the Tahir Heart Institute.

His Holiness particularly addressed the need for doctors who are part of the Waqf-e-Nau Scheme to step forward and fulfil their intentions of devoting their lives for the service of their faith and humanity. 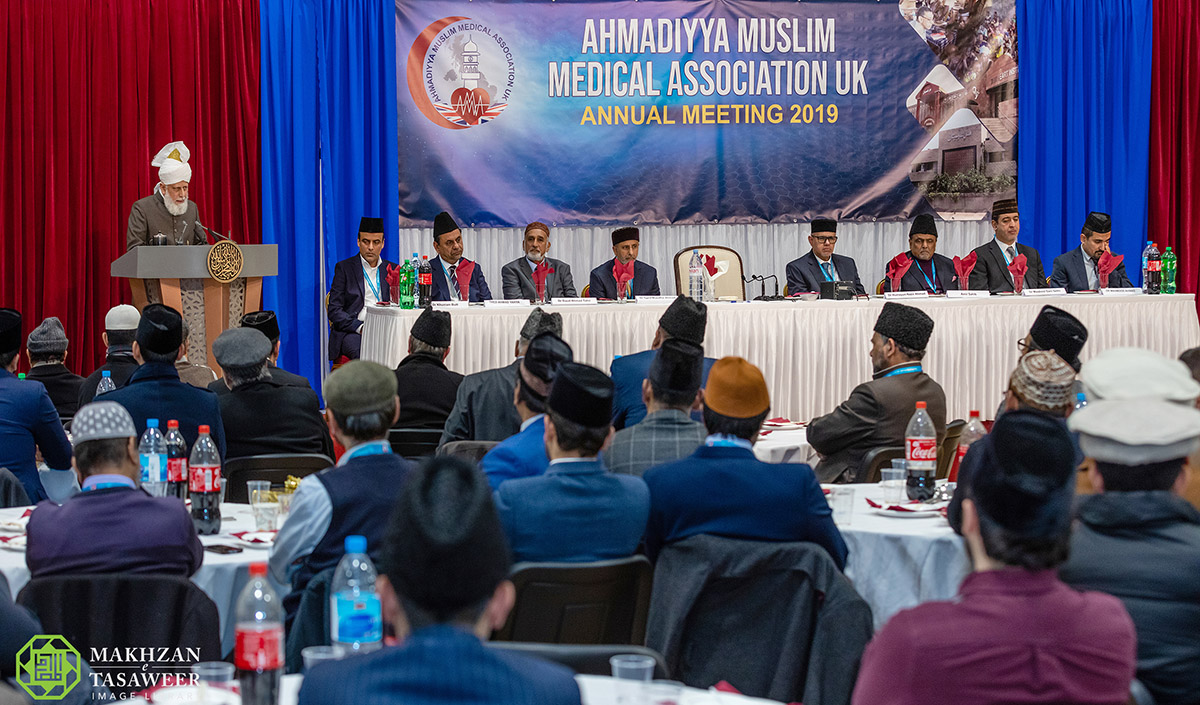 “As soon as they (members of the Waqf-e-Nau scheme) have finished their medical training they should present themselves to the Ahmadiyya Muslim Community with the firm intention of fulfilling their Waqf (life devotion) and they should be ready to go and serve in our hospitals in Africa or Pakistan. Otherwise, there is no benefit of them being part of the Waqf-e-Nau scheme.”

His Holiness went on to highlight the importance of serving humanity as laid out by the Promised Messiah (peace be upon him).

Hazrat Mirza Masroor Ahmad quoted the Promised Messiah (peace be upon him) and said:

“Sincerity towards others and love for humanity is a part of faith. The definition of the ‘highest moral values’ is that sincere kindness and sympathy be professed towards all humanity without any expectation of reward or recompense. This is what is known as true humanity… Allah the Almighty never forsakes those people who hold within their hearts sincere love for humanity.””

“These precious words of the Promised Messiah (peace be upon him) should be your guiding light and remain etched in your heart and mind at all times. They should underscore the fact that, through Allah’s Grace and Mercy alone, you have been able to acquire the knowledge and proficiency through which you can help and serve humanity in a way that others cannot and so you must utilise these skills for the sake of alleviating the suffering of mankind.”

His Holiness said that rather than using their knowledge only to ‘acquire riches of the world,’ Ahmadi Muslim doctors should sacrifice significant periods of their lives to serve the Ahmadiyya Muslim Community’s humanitarian projects. 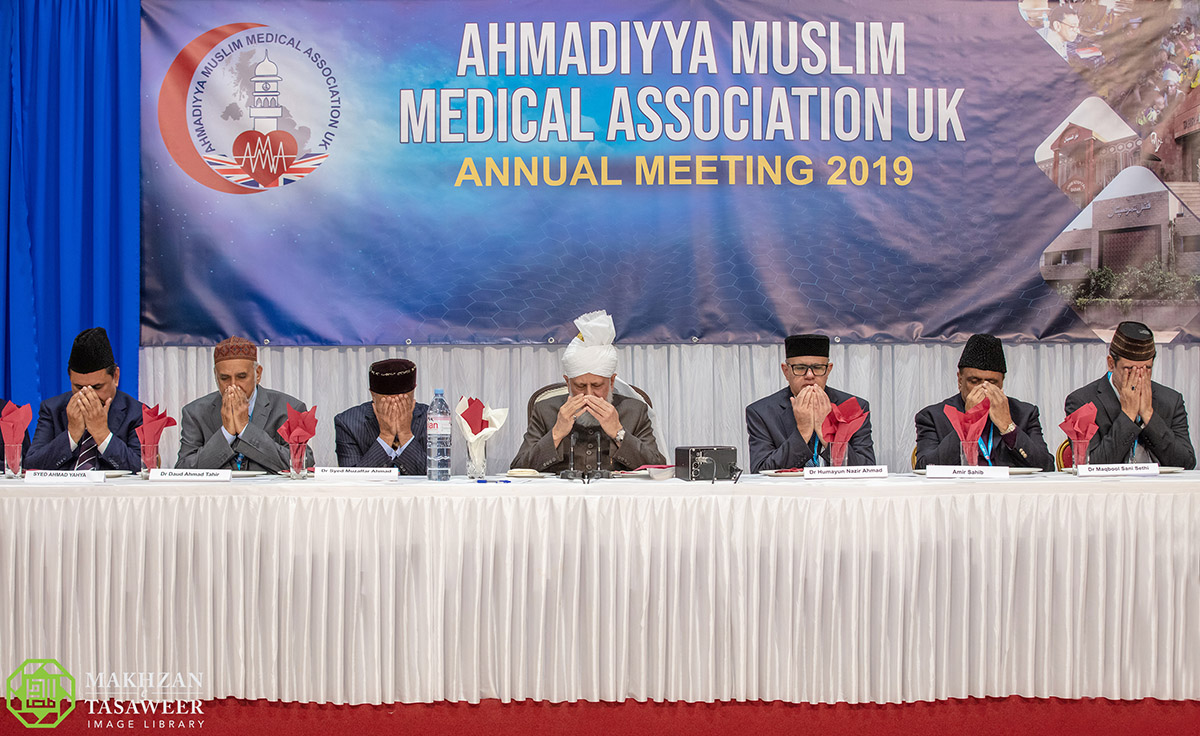 “May Allah Almighty reward all those who understand the importance of serving others selflessly and who submit themselves for such service with the pure intention of lightening the burdens of humanity and seeking the pleasure of Allah the Almighty.” 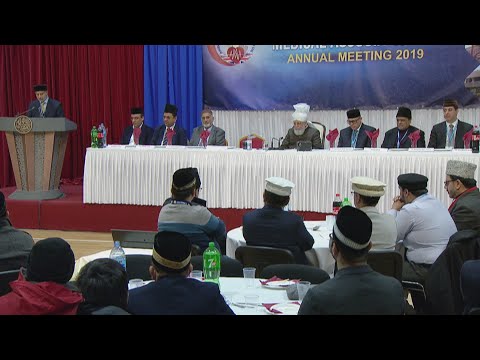 Ahmadi Doctors and the Need for True Sacrifice

Focusing on what unites us, rather than what divides us is key to fostering peace in world – Head of Ahmadiyya Muslim Community more