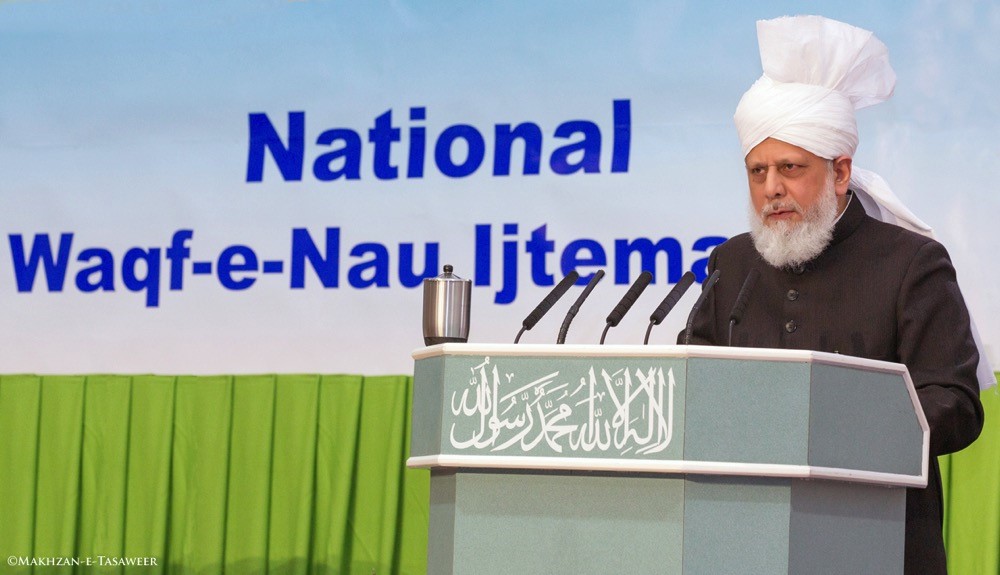 In total more than 2,200 boys and girls attended the respective events where various educational workshops and lectures took place.

When addressing the ladies convention, Hazrat Mirza Masroor Ahmad said that education was imperative and that it was a completely wrong to suggest that Islam discouraged females from attaining a high level of education.

“The Holy Prophet (peace be upon him) said that wisdom is like the lost belonging of believer – wherever it is found he or she should grab hold of it. Hence our women and girls, and in particular the Waqfat-e-Nau, should attain the highest standard of education and then they should strive to use that knowledge to give benefit to the world.”

Hazrat Mirza Masroor Ahmad said it was imperative that all members of the Waqf-e-Nau scheme were regular in offering their five daily prayers and in reciting the Holy Quran and learning its true meaning. He said that only when Ahmadi Muslims had a true understanding of their faith could they spread its message far and wide. 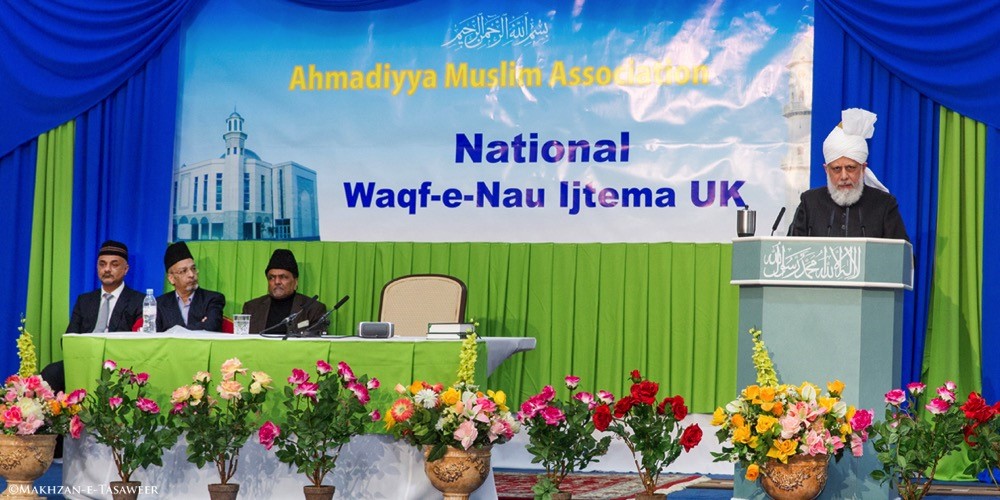 “In today’s world Islam is being defamed as a result of the actions of certain individuals who become radicalised and join extremist groups and organisations, which both preach extremism and carry out extremist acts.

There are hundreds of youth who have left Britain and travelled to Iraq and Syria where they have joined the so-called Islamic organisation known as ISIS or IS. These deluded youth may believe they are going there to serve Islam, but in truth their actions have no connection whatsoever with the teachings of Islam.”

Both events concluded with a silent prayer led by Hazrat Mirza Masroor Ahmad. 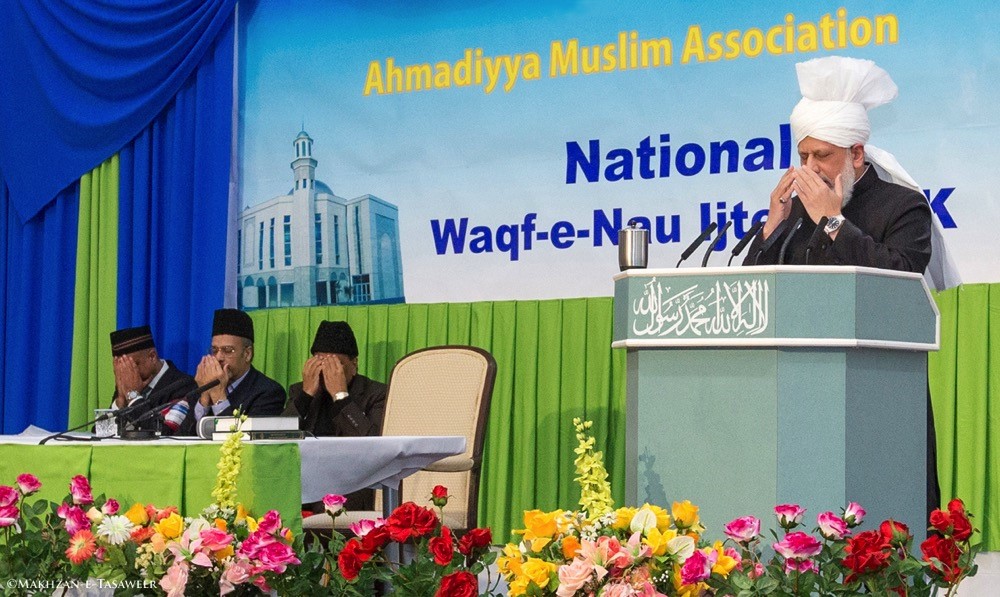 “Have certainty that Allah the Almighty exists and that He accepts your prayers.” – Hazrat Mirza Masroor Ahmad more

Khuddam from Brisbane, Australia have Honour of Virtual Meeting with World Head of Ahmadiyya Muslim Community

“The position of the Khalifa is that of a spiritual leader. He will never govern any country” – Hazrat Mirza Masroor Ahmad more

Khuddam From Victoria, Australia Have Honour of Virtual Meeting with World Head of Ahmadiyya Muslim Community

Waqf-e-Nau Khuddam from the U.S.A. Have Honour of a Virtual Meeting with Head of the Ahmadiyya Muslim Community