Head of Ahmadiyya Muslim Community: “True Khilafat is Spiritual Leadership and Has No Interest in Power or Government” 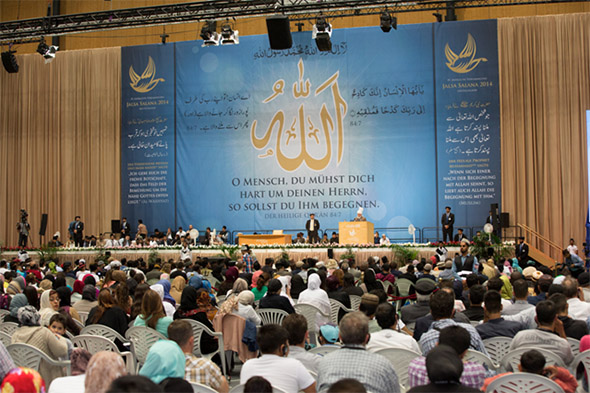 On Saturday 13 June 2014, the World Head of the Ahmadiyya Muslim Community, the Fifth Khalifa, His Holiness, Hazrat Mirza Masroor Ahmad emphasised the true nature of Khilafat (Caliphate) during an address in front of around 1,000 non-Ahmadi guests at the second day of the 39th Annual Convention of the Ahmadiyya Muslim Community in Germany. His Holiness also used his address to categorically disprove claims that Islam advocates extremism or violence at any level. 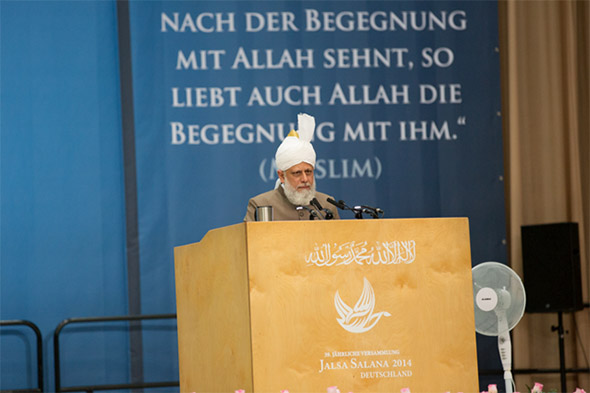 “Today the Institution of Khilafat – that is the institution of spiritual succession that leads the Ahmadiyya Muslim Community – is keeping Islam’s true teachings alive.”

“The Khilafat of the Ahmadiyya Community can never depart from Islam’s core teachings of fulfilling the rights owed to God and to mankind. Today, the institution of Khilafat is striving for peace in every possible way and to spread love and affection throughout the world.” 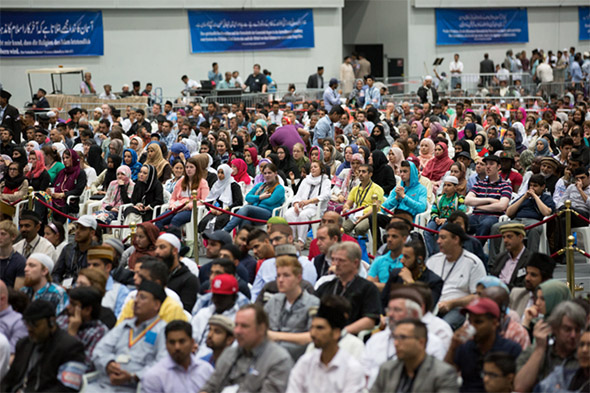 “Let me make it clear that the institution of Khilafat leading the Ahmadiyya Community has no interest in power or government. Rest assured that true Khilafat has no worldly or political objectives. The sole concern of the Ahmadiyya Khilafat is that the people of the world come to recognise their Creator and bow down before the One God.”

His Holiness also spoke of the connection between Ahmadi Muslims and their Khalifa. He said it was due to this unique relationship that Ahmadi Muslims were united and intent upon spreading Islam’s message of peace across the world. 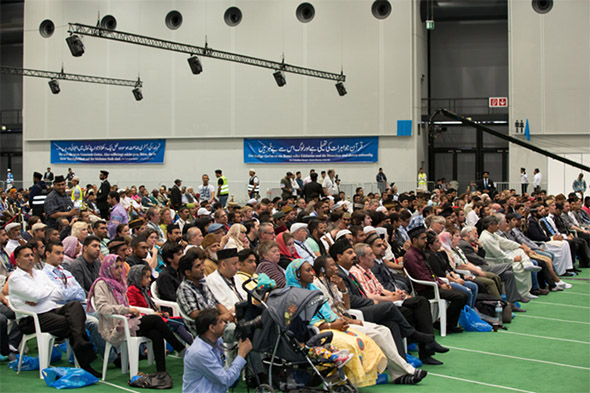 “You are seeing for yourselves that in these halls there are thousands of men and women who are completely attached to Khilafat and through this unbreakable spiritual bond they are perfectly united. They speak only of how to spread love and affection and how to fulfill the rights of humanity.”

His Holiness said Islam was a religion of peace and compassion and that Ahmadi Muslims followed these true values. He said the Founder of the Ahmadiyya Muslim Community, His Holiness, Hazrat Mirza Ghulam Ahmad of Qadian had repeatedly urged is followers to show sympathy towards mankind. 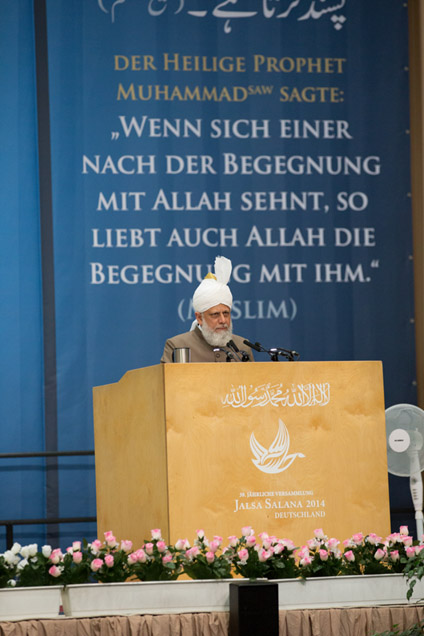 Hazrat Mirza Masroor Ahmad quoted an extract from the writings of the Promised Messiah where he said:

“There are only two complete parts of faith. One is to love God and the other is to love mankind to such a degree that you consider the suffering and the trials and tribulations of others as your own and that you pray for them.”

“Islam teaches Muslims to free every person and every nation from all forms of slavery and servitude – whether physical, economic or social slavery. Islam teaches us that all people are equal and that one’s race and colour are not means of superiority or status.”

His Holiness concluded by appealing for unity and the promotion of common values.

“Instead of pointing fingers at one another and instead of hurting the feelings of each other, we should instead join together as one and work towards the progress of the nation and towards establishing peace in the world.”

Various dignitaries also addressed the Annual Convention. Each of them commended the Ahmadiyya Muslim Community for its commitment to peace and freedom of belief.

Earlier in the day, His Holiness, Hazrat Mirza Masroor Ahmad directly addressed the members of the Lajna Imaillah (Ladies Auxiliary Organisation) in which he counselled them towards modesty in all aspects of their lives and of the importance of the moral training of their children. 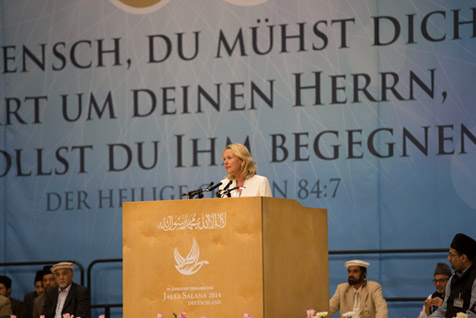 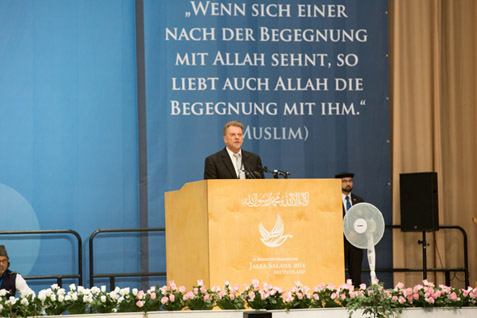