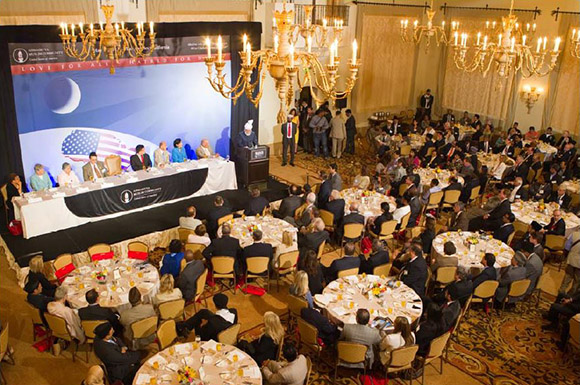 The Head of the Ahmadiyya Muslim Jamaat and Fifth Khalifa, Hazrat Mirza Masroor Ahmad delivered the keynote address at a special reception held in his honour at the Montage in Beverly Hills, LA on 11 May 2013.

During the event the Los Angeles City Council presented Hazrat Mirza Masroor Ahmad with the golden key to the city, declaring:

“This Key is reserved for only the most honoured people on Earth.” 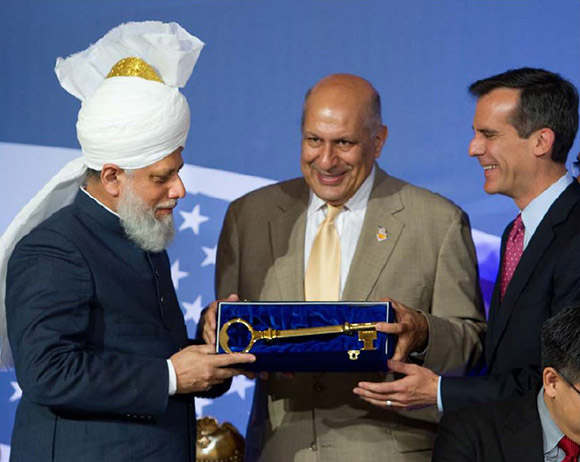 In his keynote address Hazrat Mirza Masroor Ahmad said the American people had no reason to fear Islam because it was a religion that advocated peace, universal human rights and a respect for human dignity.

“There is no doubt that the acts of terrorism or extremism some so-called Muslims perpetrate have nothing whatsoever to do with the true teachings of Islam.  The very meaning of ‘Islam’ is peace, security and giving a guarantee of protection against all forms of harm and evil.” 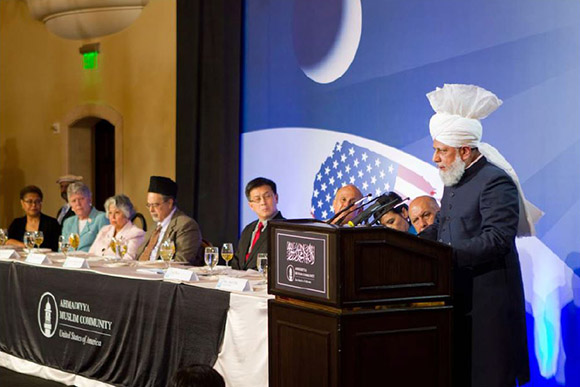 The Khalifa also took the opportunity to unequivocally condemn the recent Boston marathon terrorist attack and to offer his condolences saying:

“My sympathies are with the victims of the Boston bombing. We condemn that attack in its entirety.”

Speaking about Islam’s commitment to equality and humanity for all people, Hazrat Mirza Masroor Ahmad said:

“I believe in that One God who is the Lord of all nations, all races and all religions, and so it becomes impossible that I could ever develop any hatred in my heart for any nation, any race or any religion.” 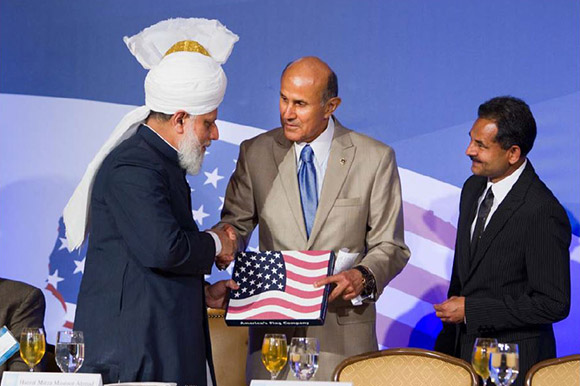 Hazrat Mirza Masroor Ahmad also used his address to implore all people to view Islam through the lens of justice, rather than through the acts of extremists. He called on non-Muslims to judge Islam only after studying its teachings in depth and after observing the character of Muslims who adhere to its original teachings

The Khalifa gave examples from the life of the Holy Prophet Muhammad (peace and blessings be upon him) to illustrate the Prophet’s love for all of mankind and his unparalleled levels of compassion, tolerance and justice. 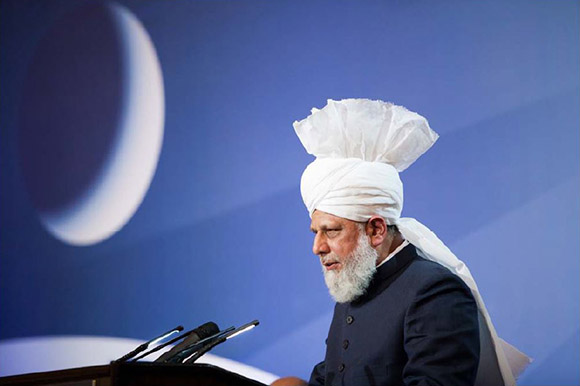 “The Holy Prophet (peace and blessings be upon him) was held captive and enslaved in his heartfelt distress and desire to save the people of the world from destruction. And so it is a cause of great injustice that many people today try to stain his blessed character by saying that, God forbid, he brought teachings of cruelty, oppression and injustice.”

Hazrat Mirza Masroor Ahmad concluded his address with a stark warning about the state of the world by saying:

“The direction the world is moving in suggests that the dark shadow of war is being cast over a very large part of the globe. If war breaks out then countless innocent women, children and elderly people will all die. The destruction will be greater than was witnessed in the previous two World Wars.” 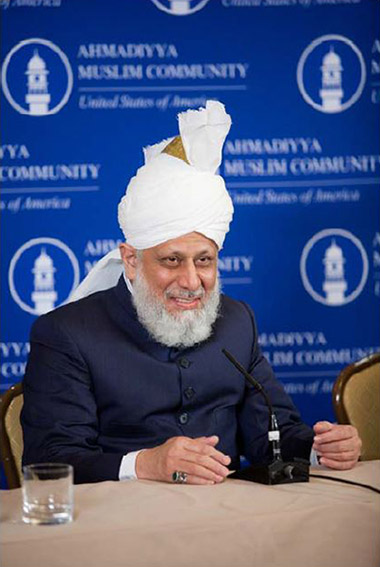 “The key to peace is to stop cruelty and oppression wherever it occurs with justice and equality.  Only when this principle is followed will global peace develop. This will only happen when the people of the world come to recognise their Creator. It is my ardent hope and prayer that the entire world urgently comes to understand the needs of the time before it is too late.”

A number of dignitaries also took to the stage to welcome Hazrat Mirza Masroor Ahmad to Los Angeles and to congratulate the Ahmadiyya Muslim Jamaat on its continued commitment to developing peace and tolerance globally.

Gavin Newsom, California Lieutenant Governor said the presence of Hazrat Mirza Masroor Ahmad meant it was a “special day” and he thanked His Holiness for “sowing the seeds of possibility to the entire world.” He also said the people of LA “do not tolerate diversity, we celebrate it”.

U.S. Congresswoman Julia Brownley praised His Holiness as: “One of the greatest ecumenical leaders of our time.”

U.S. Congresswoman Judy Chu added, “I am here because His Holiness stands against terrorists and war.”

U.S. Congresswoman Karen Bass said “His Holiness is a transformative figure who has promoted peace and tolerance across the world.”

Lee Baca, Los Angeles County Sheriff said “Your Holiness, you are a worldwide spiritual leader. You have made a huge impact in all parts of the world and so we are all drawn to you today for the sake of wisdom.”

The reception was preceded by both a Press Conference and a private meeting between Hazrat Mirza Masroor Ahmad and various dignitaries. 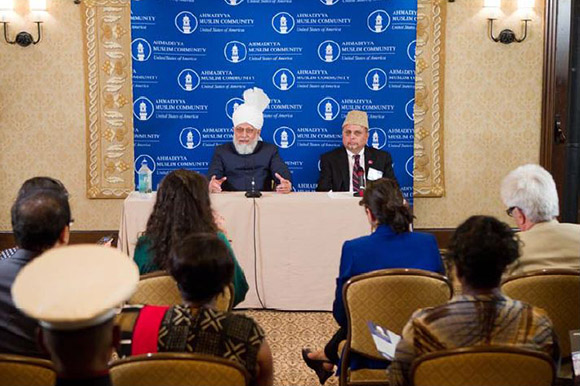 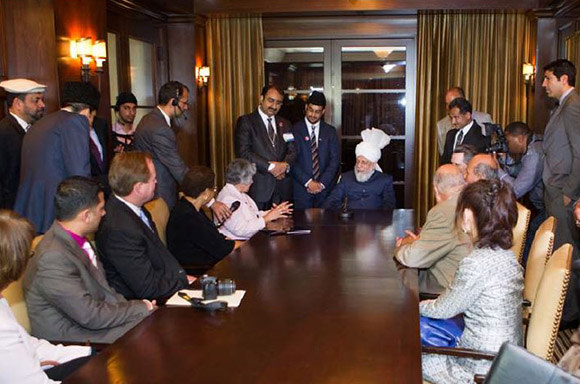