During the inspection, Hazrat Mirza Masroor Ahmad visited the various departments tasked with organising and running the three-day event. His Holiness was briefed on the arrangements as he inspected the site.

Later, His Holiness directly addressed the thousands of volunteer workers and advised them to conduct their duties with diligence.

He further advised that the workers should remain engaged in prayer as much as possible. 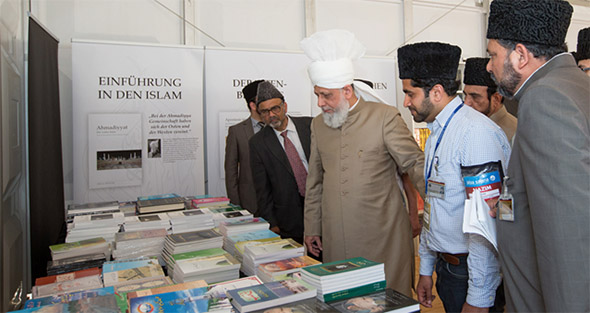 “Your work and your duties will not be blessed until you develop a relationship with God Almighty. Thus always try to offer the obligatory prayers at the correct times and at all other times keep prayers on the tips of your tongues as this will create an ever more spiritual atmosphere. Remember it is only through prayers that our work proves successful and blessed.”

The Jalsa Salana is being held in the German city of Karsruhe and will begin at later today when His Holiness will deliver his weekly Friday Sermon. The Jalsa Salana will be broadcast worldwide on MTA International. 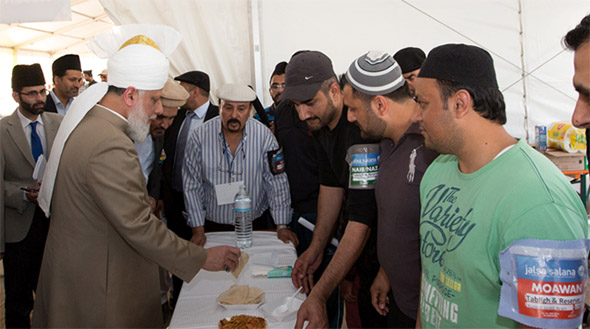 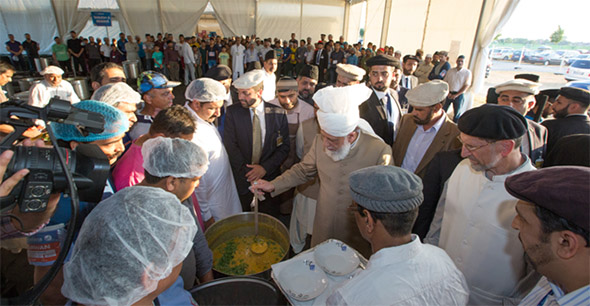