“Develop the realisation that we are the ones who are to (morally) reform the world and, it is our job to guide others rather than following the world ourselves.” – Hazrat Mirza Masroor Ahmad 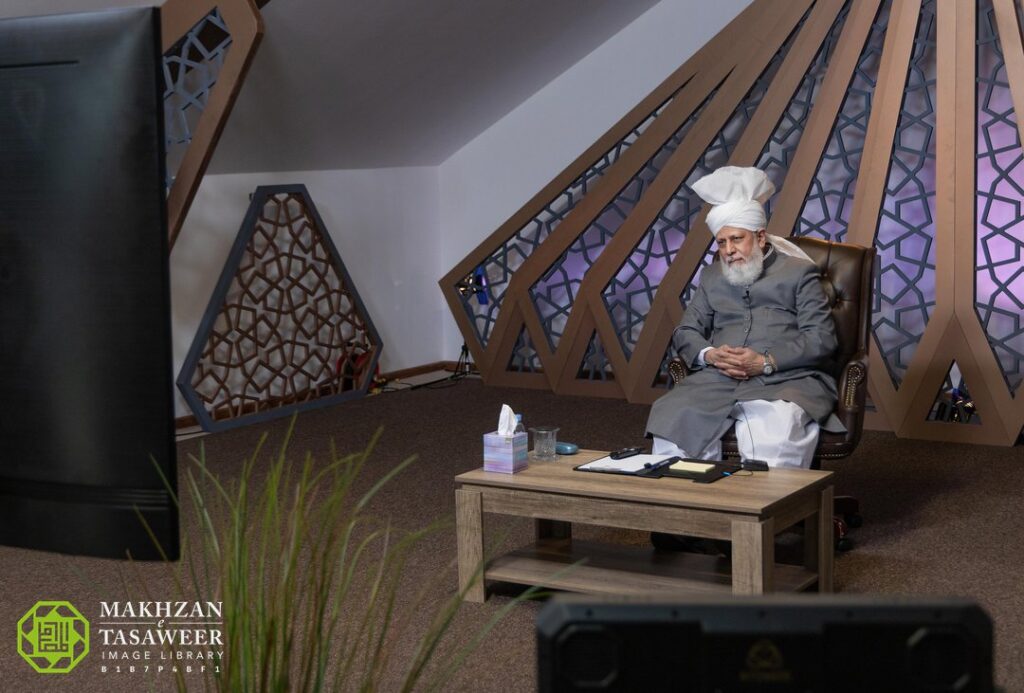 His Holiness presided the meeting from MTA Studios in Islamabad, Tilford, whilst the Amila members joined from the Ahmadiyya Muslim Community Mission House in Helsinki, Finland. 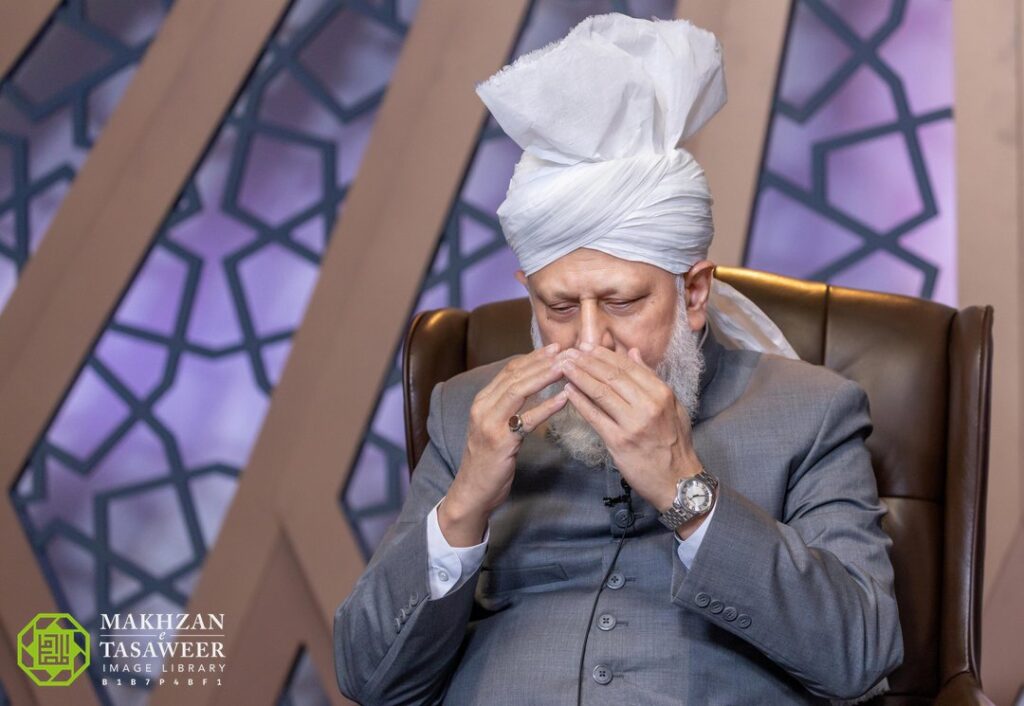 During the meeting, His Holiness spoke to all attendees and outlined the various responsibilities assigned to the respective Lajna Amila members and gave guidance on improving the activities of their departments.

His Holiness emphasised that Lajna Imaillah Finland should strive to become an exemplary auxiliary body of the Ahmadiyya Muslim Community.

Speaking to the department responsible for outreach work, His Holiness mentioned that clear targets should be set, as target-setting was a means of increasing motivation and effort.

His Holiness also said that rather than just contacting one’s neighbours for outreach activities, there should be an ambitious programme designed to deliver the message of the Ahmadiyya Muslim Community to the wider public of Finland.

His Holiness said that the Amila members should lead by example and if the members of Amila at all levels were active, it would automatically mean that almost 50% of the Ahmadi Muslims of the country are active and participating in their initiatives.

One of the attendees asked His Holiness if women should go out and do leafletting in an effort to convey the teachings of Islam.

“Yes, the Lajna members can go out to distribute leaflets. Make contact as much as possible with other women and spread the message of Islam to them. What is the harm in that? If, in the olden days, women could take part in battles, then why can they not distribute brochures in this day and age?… The battlefield of this day and age is to peacefully inform people of the true teachings of Islam and so you should play your role. Do not go alone, rather go in groups of twos or threes and take Nasirat with you as well so they are trained.”

An attendee asked His Holiness how young women can be made more confident in their Islamic dress and their culture.

“Faith takes priority over one’s culture. Whatever dress it is, it should be modest. The Holy Quran does not say you must wear ‘Shalwar Qameez’ or a long robe. The Holy Quran says that your dress should be modest. This is the responsibility of the Tarbiyyat and Nasirat department to create this sense within the girls from a young age and it is also the duty of parents to do so. The Tarbiyyat department should carry out this task through the parents. The Nasirat department should do so as an organisation directly and parents themselves should do so too. They should instil within our girls the realisation that we are Ahmadi Muslims and so we should act upon the commandments of Allah the Almighty and Allah the Almighty says that you must dress modestly.”

“It is a saying of the Holy Prophet Muhammad (peace and blessings be upon him) that ‘modesty is part of faith’. Therefore, from a young age, this should be instilled in their minds that we are Ahmadi Muslims and that modesty is part of faith. Further, we should ourselves exhibit the best moral standards, rather than saying one thing and doing another… Develop the realisation that we are the ones who are to (morally) reform the world and, it is our job to guide others rather than following the world ourselves. This is the confidence that is required. However, if mothers themselves are lacking resolve and are not confident and if they become over-whelmed by Western people and go quiet upon hearing someone speak in English or the local language, then that is wrong.”

One of the ladies asked His Holiness how they can play their role in encouraging those women who are failing to do their prayers regularly despite repeated reminders.

“Our task is to continue reminding regularly (about the importance of prayer). This is our job and this was the instruction given to the Holy Prophet (peace and blessings be upon him) to continually convey the message. And so we must remind others until they become habitual in their prayers. You should highlight why we pray and its true value. To just say that ‘people should pray, otherwise Allah the Almighty will not be happy,’ will not work in today’s day and age. The philosophy of observing the daily prayers should be explained – what are its benefits and what are the harms of not doing the daily prayers.”

“Our words should match our actions, otherwise it becomes hypocrisy. If we are to act on good deeds, then we should do so with complete attention. It should not be that we do so to simply show people that we are Ahmadi Muslims whilst our actions do not match. The elders should set the highest example in terms of offering prayers. If one’s parents are regular in praying, then the children will pay attention too. Every department (of Lajna Imaillah) must play their part in the Tarbiyyat.”