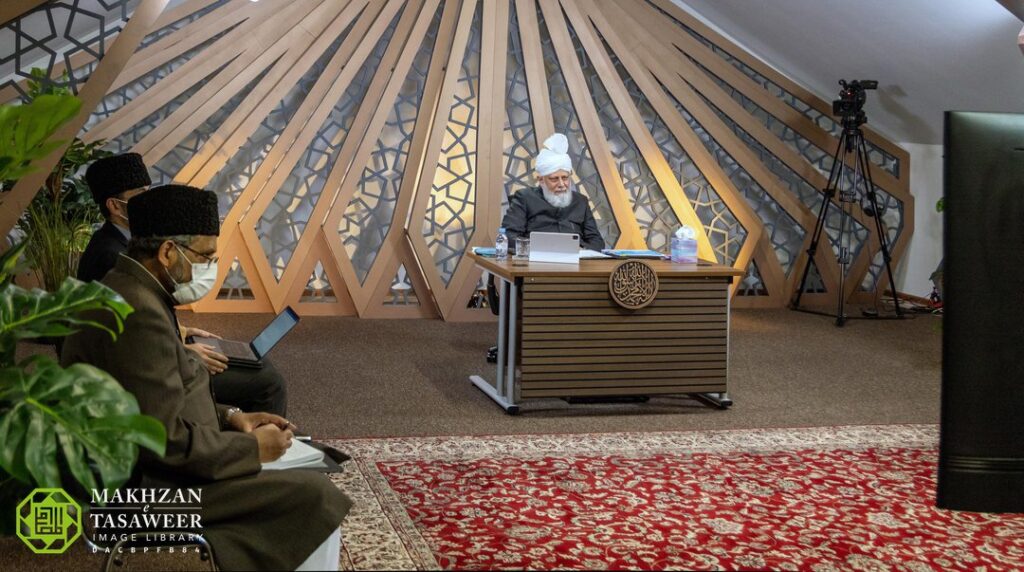 His Holiness presided the meeting from MTA Studios in Islamabad, Tilford, whilst the Amila members joined from the Aiwan-e-Tahir Hall in Peace Village, Toronto.

During the meeting, His Holiness spoke to all attendees and outlined the various responsibilities assigned to the respective Ansarullah Amila members and gave guidance on improving the activities of their departments. 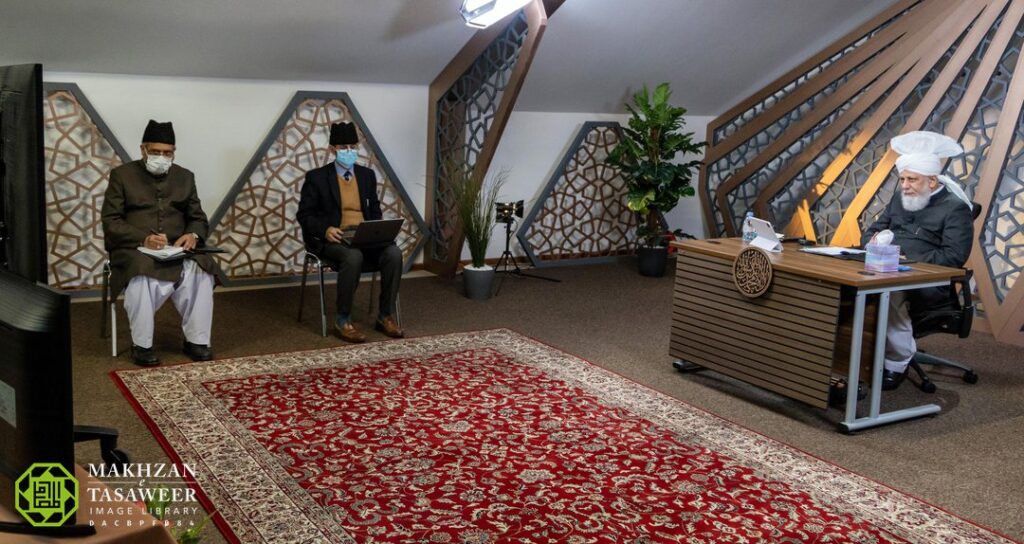 His Holiness emphasised to the Amila members that they must lead by example and take part in the initiatives of the organisation themselves before expecting others to do so. His Holiness said that if Amila members at all levels take part in the initiatives, the participation levels will significantly improve and others will resultantly become more active too.

Speaking about the importance of Amila members at all levels becoming regular in observing the five daily prayers, Hazrat Mirza Masroor Ahmad said:

“There will not be any blessings in the work of the Amila [if there is a weakness in observing the prayers]. Without prayer, there can be no blessings in any task. If Amila members think that blessings will be generated through their intelligence, knowledge or hard work, then that will not be the case until and unless it is accompanied with prayers.”

Speaking to the Qaid Tarbiyyat Nau Mubayi’een, responsible for the moral training of new converts to the Ahmadiyya Muslim Community, His Holiness said that those who were not Muslim before converting, they should be taught the Arabic and translation of the first chapter of the Holy Quran, Al-Fatiha, and they should also be taught how to pray.

Speaking to Qaid Tabligh, responsible for outreach work, His Holiness said that their targets should be ambitious and only then will they strive hard to attain their objectives.

As the meeting concluded, one of the attendees asked His Holiness about guidance for those who wish to have sports programmes organised for members of Majlis Ansarullah. 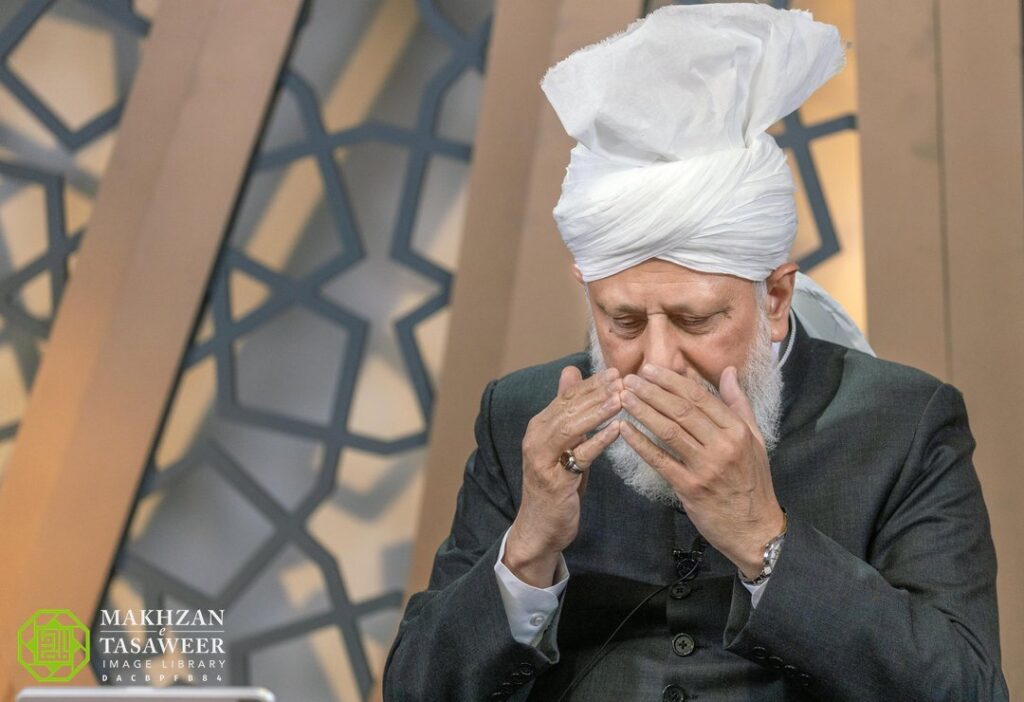 His Holiness said that they should certainly be accommodated and arrangements should be made and that members of Ansarullah should not consider themselves to be too old for exercise and sports.

“It is for this very reason that the ‘Safai Dom’ department has been created in Majlis Ansarullah for those who have recently joined Majlis Ansarullah. You should make sports teams within them, including for football and other sports. You should provide ample facilities for them to play sports. It is your responsibility to make arrangements for sports, otherwise your members can become lazy… Ansar often think that after turning 40 they have become old. However, the Safai Dom department was created to instil the realisation that you have not become old (at age 40). You must remain active. You can do so by maintaining appropriate activities you took part in when you were a part of Majlis Khuddamul Ahmadiyya.”