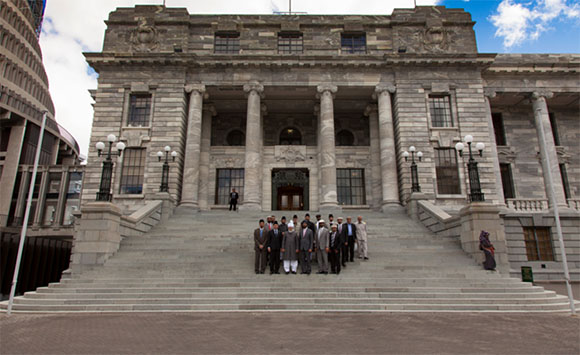 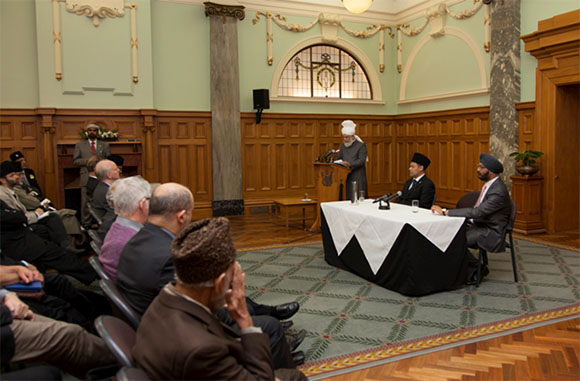 In front of an audience of Parliamentarians, Ambassadors of State, academics and a range of other guests, the Khalifa advocated the urgent need for justice as a means to develop world peace in the face of increasing tensions and conflicts in various parts of the world. Indeed, His Holiness deemed the establishment of world peace as “the critical need of the time”.

“The means of today’s wars include aerial bombardment, poison gas and even chemical weapons and there is also the potential use of the most horrific weapon of all – the nuclear bomb.  Consequently, the wars of today are entirely different to those of the past, because today’s wars could potentially wipe mankind from the face of the earth.” 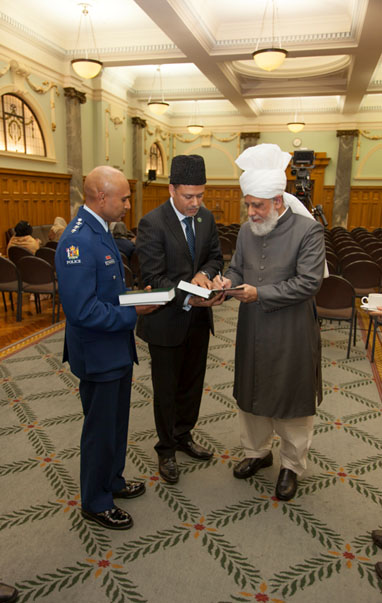 Hazrat Mirza Masroor Ahmad emphasised that diplomacy should always be the preferred route in seeking to solve international or national disputes.

“Certainly, it is a requirement of loving one’s nation that if it is ever attacked, it is the duty of a citizen to be ready to give every sacrifice for its defence and to liberate the nation. Nevertheless, if the conflict can be resolved in a cordial or peaceful way through negotiations and diplomacy then one should not needlessly invite death and killings.” 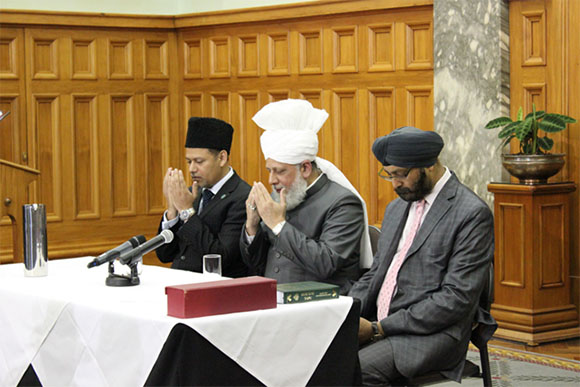 His Holiness spoke at length on the dangers facing the world in light of the Syria crisis.

“There is no doubt that a conflict between a government and its people can escalate into a much broader international conflict. Already, we find that two blocs amongst the major powers are forming. One bloc supports the Syrian Government, whilst the other is supporting the rebel forces. And so clearly this situation is not merely a grave threat to the Muslim countries but is also a source of extreme danger for the rest of the world.” 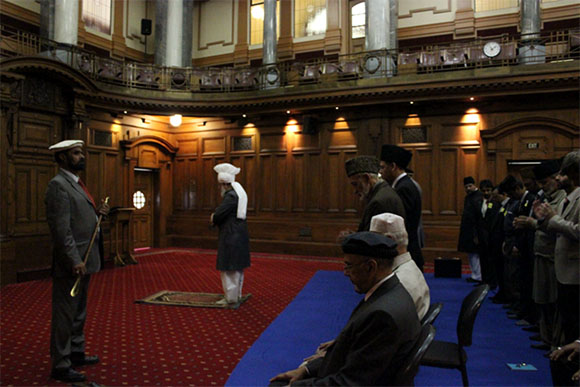 Continuing to underline the importance of diplomacy, Hazrat Mirza Masroor Ahmad praised the recent efforts of Russian President, Vladimir Putin, in preventing the escalation of the Syrian war.

“Russia’s President made efforts to hold back some of the other major powers from attacking Syria… He said that if the requirements of justice were not met and if other nations went to war independently then the United Nations would suffer the same sorry fate as the League of Nations. I believe that he was completely correct in this analysis. I wish only that he had gone one step further and said that the right of veto power held by the five permanent members of the UN Security Council should be ended once and for all so that true justice and equity could prevail amongst all nations.” 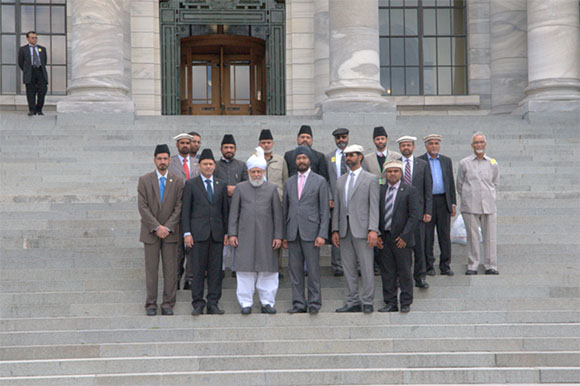 His Holiness explained the methods by which Islam teaches Muslims to spread peace around the world.

The Khalifa said that for true peace to prevail, the highest standards of justice must be established. He said the Quran required for absolute justice and equality at all levels.

After the keynote address, other dignitaries also addressed the event.

“It is a pleasure to welcome His Holiness to the New Zealand Parliament. I have always been very impressed at how Ahmadis live their lives as citizens of the nation and practice their message of peace.”

Upon the conclusion of the event, Hazrat Mirza Masroor Ahmad met with various dignitaries including the Ambassadors of Iran and Israel. His Holiness was then given a tour of Parliament by Kanwaljit Singh Bakshi MP and thereafter His Holiness led the Zuhr and Asr prayers at the Parliament.

“Always remember that there is no other way but to pray to Allah the Almighty and bow before Him and ask his forgiveness and help in every matter.” – Hazrat Mirza Masroor Ahmad more