“Every Ahmadi Muslim in Mauritius should prove to be an asset for our community, for their families and also for the society at large.” – Hazrat Mirza Masroor Ahmad 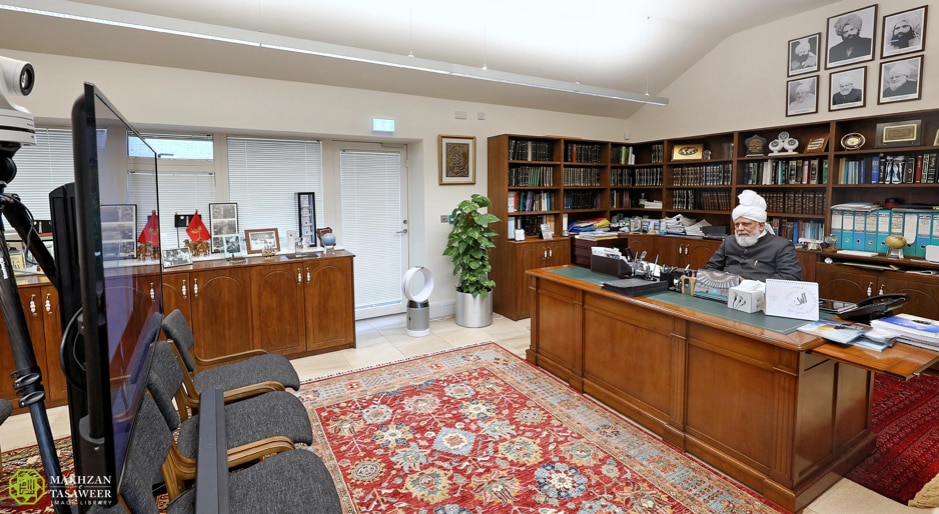 His Holiness presided the meeting from his office in Islamabad, Tilford, whilst the Amila members joined from the Darus Salaam Mosque in Rose Hill, which serves as the National Headquarters of the Ahmadiyya Muslim Community in Mauritius.

During the seventy-five minute meeting, the National Amila members had the opportunity to present a report about their respective departments and to receive the guidance and instructions of His Holiness on a range of issues.

As he addressed various Amila members, His Holiness spoke of the importance of keeping up-to-date data and having set targets and objectives. 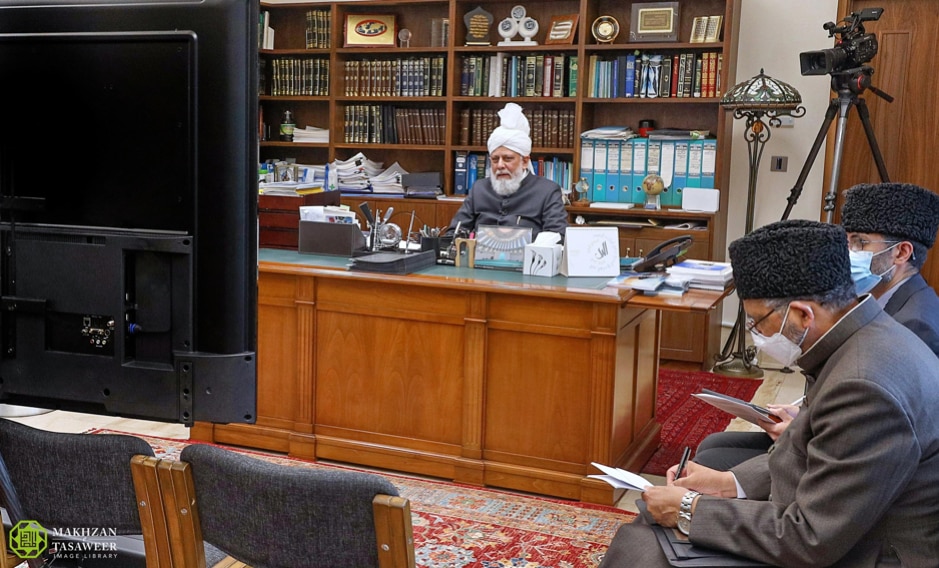 Whilst addressing a member of the National Amila, Hazrat Mirza Masroor Ahmad said:

“Without any targets how can you succeed? How can you progress? It is necessary to have clear targets and to hold yourself accountable. Otherwise, if you do not have any objectives it leads to nothing but laziness.”

His Holiness spoke of the importance for young Ahmadi Muslims to serve the mission of the Ahmadiyya Muslim Community with a sincere spirit of service for the sake of Allah the Almighty.

“Majlis Khuddamul Ahmadiyya should be at the forefront of spreading the teachings of Islam and conveying the message of the Promised Messiah (peace be upon him) far and wide. In every sphere, the Ahmadi Muslim youth should come to the forefront, as you are the people who are the future of the Ahmadiyya Muslim Community and upon whom ever greater responsibilities lie ahead.”

His Holiness also spoke of the need for the National Umoor-e-Ama department to assist and guide Ahmadi Muslims who were struggling to gain employment.

“A special plan should be made to help unemployed Ahmadi Muslims. You should try to guide those who are struggling so that they may find gainful employment and be able to provide for their families. It should be your aim to ensure that every Ahmadi Muslim in Mauritius should prove to be an asset for the Ahmadiyya Muslim Community, for their families and for the society at large.”

His Holiness stated it was the responsibility of the National Umoor-e-Kharija (External Affairs) department to develop relationships with external bodies and politicians for the sake of ensuring the spread of Islam’s true teachings amongst society and to help break down barriers between the peoples of different beliefs and backgrounds. 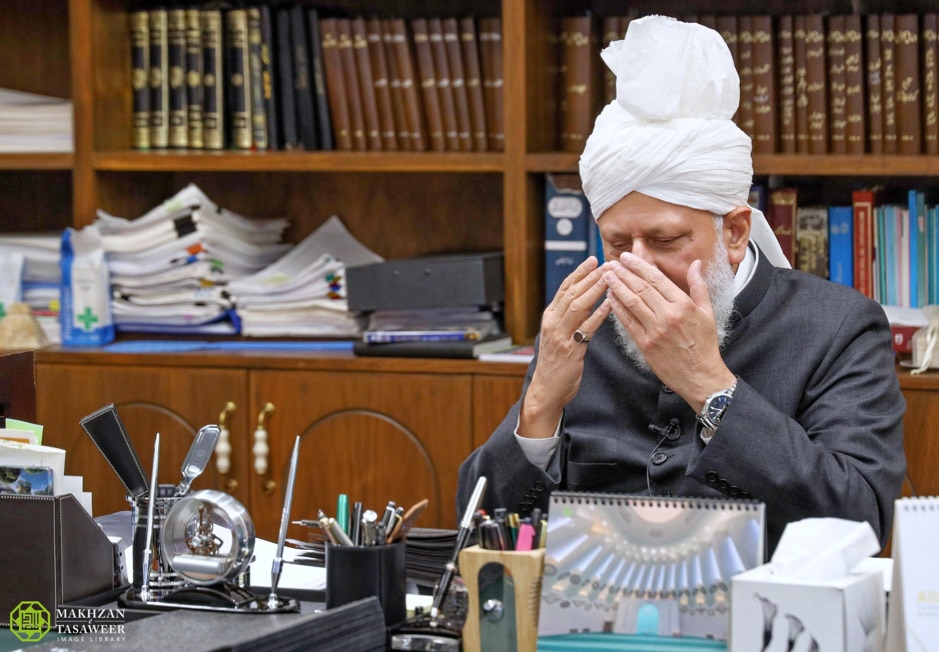 Furthermore, His Holiness said that every member of the Majlis Amila, at each level, should volunteer to dedicate two or three weeks each year for the sake of teaching the Holy Quran or conveying the message of Islam to others.

As the meeting drew to a close, His Holiness prayed for the success of the Ahmadiyya Muslim Community in Mauritius and said he would hold separate meetings with the auxiliary organisations in future.

“Most of the time in today’s meeting has been spent in discussion with the National Amila of Mauritius. Thus, the auxiliary organisations of Lajna Imaillah, Khuddamul Ahmadiyya and Ansarullah can have separate meetings with me in the future if they require and the first right in this regard is of the members of Lajna Imaillah. Nonetheless, many of the points discussed today will be of benefit to the auxiliaries and so they should also seek to improve their work accordingly. It is essential that all members of Majlis-e-Amila, at every level, know the objectives of their respective departments and seek to fulfil each objective in the very best fashion. May Allah the Almighty help you and enable you to serve the Ahmadiyya Muslim Community in the best possible way. Ameen.”

Alislam.org Team have Honour of Virtual Meeting with Head of Ahmadiyya Muslim Community

“If Ahmadi Muslim women are able to achieve the highest moral and spiritual standards and attain true piety then the future generations of the Ahmadiyya Muslim Community will remain forever in safe hands.” – Hazrat Mirza Masroor Ahmad more

Seek to bring about a true spiritual revolution in your nation and consider the cruel persecution you face as a means of sowing the seeds of progress for our Community.” – Hazrat Mirza Masroor Ahmad more

“Remember, Allah the Almighty has not given any guarantee that just because we have verbally accepted the Promised Messiah (peace be upon him) that we will be saved, rather it is necessary to fulfil the conditions of our Bai’at…” – Hazrat Mirza Masroor Ahmad more