Upon arrival, His Holiness unveiled a plaque to commemorate the event and planted a tree to further mark the occasion. Thereafter, His Holiness was given a tour of the entire site, which amongst others included classrooms, hostels, sports areas, a library and dining facilities. 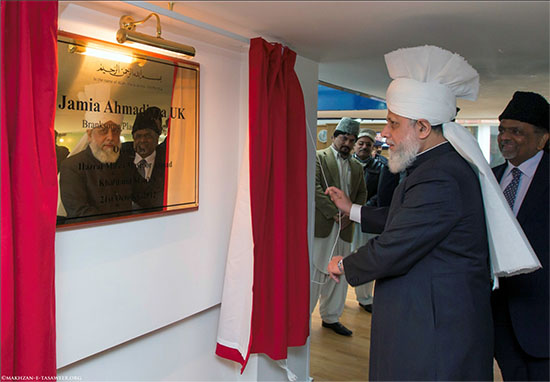 Later in the afternoon, His Holiness addressed all of the students and teachers of the College. His Holiness began by offering thanks to Allah for granting the Ahmadiyya Muslim Jamaat in the UK the capability to purchase a property so conducive to learning.

His Holiness reminded the Jamia students that they were tasked with the moral training of Ahmadi Muslims, informing the world about the real and peaceful teachings of Islam, and of their responsibility as ambassadors of the Jamaat.

“The reason you are willingly spending 7 years at Jamia gaining a religious education is so that you can help save the world from the destruction that it faces. This is a huge responsibility and so you must always be willing to offer all sacrifices that are required.” 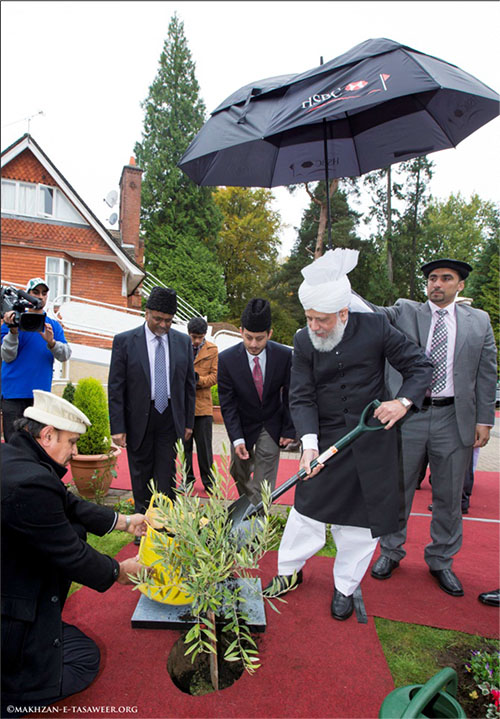 Hazrat Mirza Masroor Ahmad also counselled the students that they should not only focus on religious education but should broaden their horizons by keeping abreast of news and current affairs.

Speaking about their future roles, His Holiness said they must prove themselves to be ‘ambassadors of peace’. He said they should seek to integrate themselves within the local society, rather than hiding away within the confines of the College. 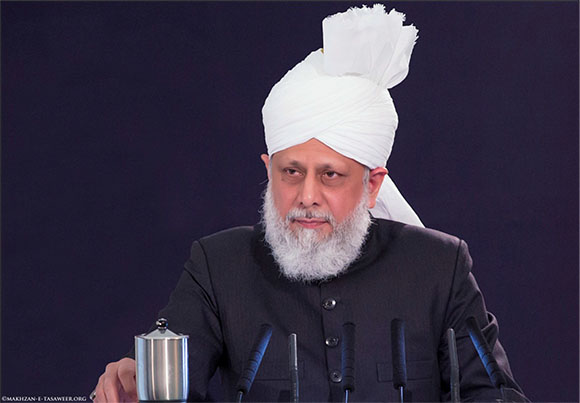 “Your good conduct should always set you apart from all others. Your behaviour should be such that the local people, no matter what religion or belief they subscribe to, become naturally attracted to your kind and courteous manners. Remember you must always discharge the rights of all people and must spread peace wherever you go.”

His Holiness concluded by stating that the ultimate purpose of the Jamia students and graduates was to defend the honour and character of the Holy Prophet Muhammad (peace be upon him) and his loving servant, the Promised Messiah (peace be upon him). 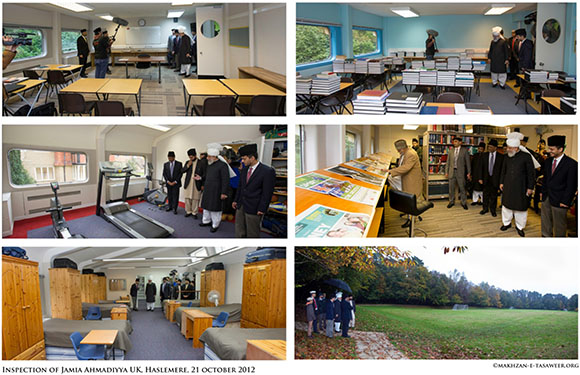 “You should all be like the ‘The Hand of Talha’ – defending the honour and reputation of the Holy Prophet Muhammad (peace be upon him) at every level. And in the same way you must defend the character of the Promised Messiah (peace be upon him) against all false allegations that are raised. And the best way to fulfil these objectives is to first of all reform yourself, as only then will you be able to reform the rest of the world.” 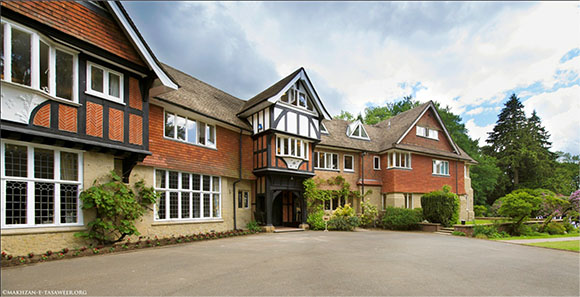