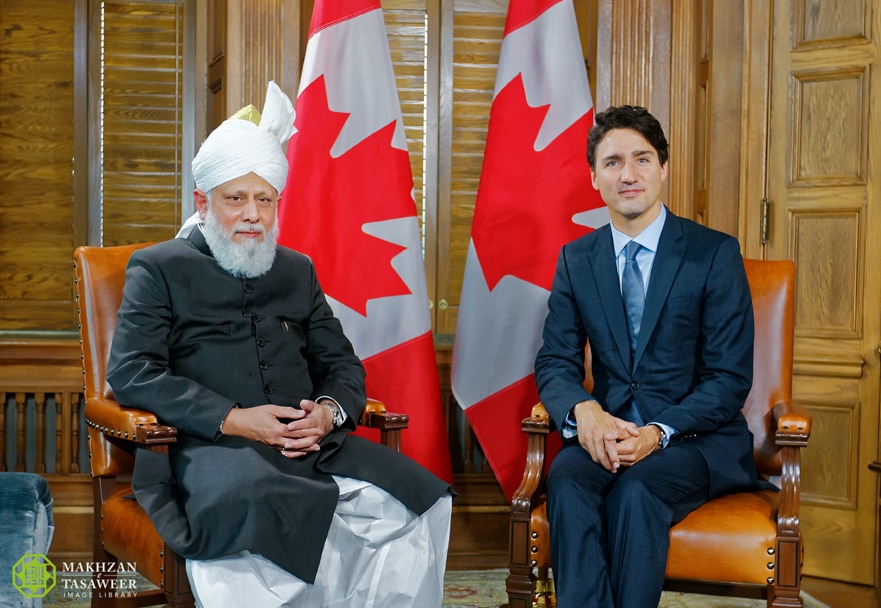 The Ahmadiyya Muslim Community welcomes and appreciates recent comments made by Canada’s Prime Minister, Justin Trudeau regarding the importance of utilising one’s right of freedom of expression with responsibility.

As reported by the media, upon recently being asked if freedom of speech should be allowed to mock or ridicule religions or religious leaders, Mr Trudeau responded:

“We will always defend freedom of expression but freedom of expression is not without limits. We owe it to ourselves to act with respect for others and to seek not to arbitrarily or unnecessarily injure those with whom we are sharing a society and a planet. We do not have the right for example to shout fire in a movie theatre crowded with people, there are always limits. In a pluralist, diverse and respectful society like ours, we owe it to ourselves to be aware of the impact of our words, of our actions on others, particularly these communities and populations who still experience a great deal of discrimination.”[i]

The Ahmadiyya Muslim Community commends Prime Minister Trudeau for having the courage to take a stand in defence of those who continue to hold religion as sacred.

“I greatly appreciate the comments of the Canadian Prime Minister regarding the need for there to be certain limits to free speech. I believe this is the right way to foster peace and harmony within society. Certainly, I have always maintained my belief, based on my faith, that it is wrong to needlessly provoke and offend the religious sentiments of any people, be they Christians, Jews, Hindus, Muslims or the adherents of any other faith.”

“I have said many times that when the religious sentiments of millions of Muslims are grievously injured, it will naturally lead to resentment within the Muslim community. Most regrettably, recent history shows that there will always be a small minority of so-called Muslims, who cruelly violate the teachings of Islam, and react in an extremist fashion, as we have seen recently in France. In turn, this emboldens those who seek to defend freedom of expression at all costs and so this vicious cycle of animosity continues to turn and the rift between Muslims and the rest of society deepens. Thus, we need leaders who not only condemn the violent reaction but who also recognise that the exercise of our freedoms and rights should not be used to needlessly provoke or distress others. In this regard, I express my sincere gratitude to Mr Trudeau and I pray that other world leaders also come to recognise the paramount importance of building a cohesive society in which the sentiments of the people of all religions are protected.”