A young Ahmadi Imtiaz Ahmad was killed because of religious hatred in Benazirabad (Nawabshah) on 13 July 2014 at around 4.30 p.m. in busy Trunk Bazaar. Imtiaz Ahmad owned a furniture shop and was standing in front of it when unknown assailants opened fire at him and the bullets pierced through his head and exited through the other side. His uncle Seth Mohammad Yousaf was also shot dead in 2008 after a TV program aired by Geo News anchor Aamir Liaqat Hussain that instigated hatred. Seth Mohammad Yousaf was district Amir of Nawabshah at the time of his death. After the attack on Seth Mohammad Yousaf attacks on Ahmadis in the area increased manifolds. Imtiaz Ahmad left behind ailing parents, wife and three sons. His dead body will be brought to Rabwah for burial. The spokesman of Jama’at Ahmadiyya in Pakistan Saleem Ud Din expressed his condolence on the sad incident and pointed out that the hatred and persecution of Ahmadis is increasing day by day and so far during just past year 7 Ahmadis have been killed because of their faith in Pakistan. Out of these 7, six Ahmadis were killed in Sindh. Saleem Ud Din said that during last few years five Ahmadis have been killed only in Nawabshah, Sindh. After the controversial and discriminative laws promulgated in 1984, 9 Ahmadis have been killed in Nawabshah and not a single culprit has been brought to justice ever. This clearly shows how little the government and authorities are concerned about the safety and security of Ahmadis. The hate filled material is openly published and distributed, wall-chalking is openly visible and picture of it could easily be tracked down on social media. 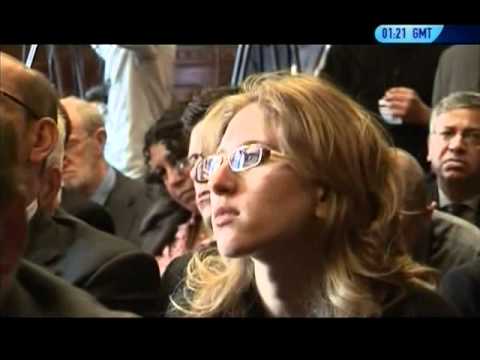