Are Ahmadis Muslim or Non-Muslim? Who decides?

The verdict of the Holy Quran and Holy Prophet(sa)

Recently, social media has been abuzz with young Pakistanis enthusiastically declaring Ahmadis non-Muslim, using theological debates surrounding the finality of Prophethood as “proof” of their claims.

The three reasons provided for this claim that I noticed are the following:

The question then is: Which of the above has the authority to declare Ahmadis non-Muslim? If the entire Muslim ummah or the Parliament of a country or an enthusiastic individual declares you a non-Muslim, or the worst of non-Muslims, is that sufficient?

The answer to all these questions is a resounding ‘No!’ The declaration that a person is a Muslim or non-Muslim rests completely with Allah, the Exalted. 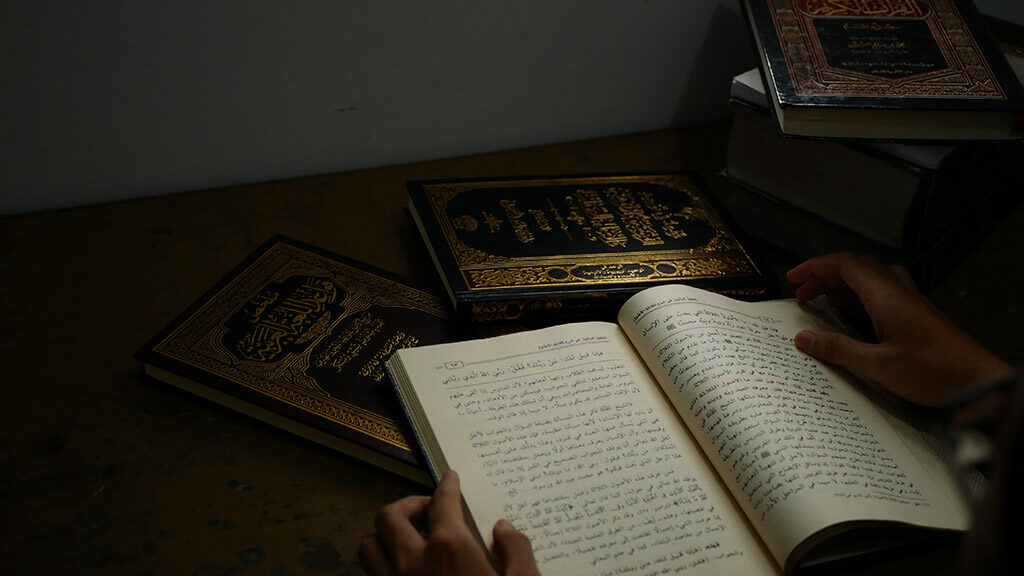 Verdict of the Holy Quran

In the Holy Quran, Allah says:

That is, “The Arabs of the desert say, ‘We believe.’” In other words, this is a declaration they make regarding their own faith. Allah says:

Say, “You have not believed yet; but rather say, ‘We have accepted Islam,’ for the true belief has not yet entered into your hearts.” [49:15]

The subject matter of this verse of the Holy Quran is something to think about. God Almighty declares that these Arabs of the desert may think that they believe, but true faith has not entered their hearts. However, despite this, God commands the Holy Prophet(sa) to not declare them non-Muslim. Instead, they can say, “We have accepted Islam”, or “We are Muslims”. In other words, they can call themselves Muslim even if they have not attained the higher levels of faith. This is the incredible care that the Quran instructs the Holy Prophet(sa), and the Muslims, to take when saying whether another person is a Muslim or not a Muslim.

Verdict of the Holy Prophet(sa)

Acting upon this teaching, when a census was taken by the Holy Prophet(sa) in Medina, he gave the instruction as follows:

It is narrated by Hazrat Huzaifa(ra) that the Holy Prophet(sa) said, “List the names of those people who have announced that they are Muslims.” Click To Tweet So, we listed one thousand and five hundred men. — Sahih Bukhari, Kitabul Jihad, Bab Kitabatil Imamin Nas [https://sunnah.com/bukhari/56/265])

Elaborating on the definition of a Muslim, the Holy Prophet(sa) once said:

That is, “Whoever prays as we pray, turns to face the same Qiblah as us and eats our slaughtered animals, that person should be considered a Muslim”. Click To Tweet— Sunan Nasa’i, Kitabul Iman wa Shara’ihi, Bab Sifatil Muslim [https://sunnah.com/nasai/47/13]

What we can deduce then is as follows:

The authority to declare someone Muslim or non-Muslim rests with Allah, or someone to whom Allah reveals His knowledge. We ask all those people who declare Ahmadis non-Muslim: Has God revealed to you and informed you directly that Ahmadis are not Muslims?

Now, let us assess if Ahmadis fit into the definition of a Muslim as declared by the Quran and Ahadith. Based on these sources, these are the questions that can be asked from Ahmadis:

The answer of all Ahmadis to all these questions, is “Yes!”. Beyond this, no one has the authority to declare Ahmadis non-Muslim.

Posing as a Muslim

One point to be understood here is that it is alleged that Ahmadis are posing as Muslims, and are not sincere at all when they say that they are Muslim. Hence, their declaration should not be accepted.

It is important to note that nowhere in the above-quoted teachings from Quran and Ahadith is it mentioned that Muslims should start judging what is in the hearts of others regarding their faith. Nowhere is it stated that Muslims should judge what others are thinking or implying when they say they are Muslim. This matter should be left between that person and God.

In fact, during a battle, a companion of the Holy Prophet(sa), Hazrat Usama bin Zaid(ra) was in a duel with a disbeliever and overpowered him and as he was about to kill him, he said, “La ilaaha il-Allah” (There is no god but Allah). Assuming that he is now only declaring he is a Muslim in order to avoid being killed, and is not being sincere, Hazrat Usama(ra) killed him regardless. Later, he decided to seek advice from the Holy Prophet(sa) on this issue, and the Hadith is narrated as follows:

Hazrat Usama(ra) narrates, “I mentioned this incident to the Holy Prophet(sa). He said, ‘Did he profess, ‘There is no god but Allah’, and even then you killed him?’ I said, ‘O Messenger of Allah, he made a declaration (of faith) due to fear of (my) weapon’. The Holy Prophet(sa) said: ‘Did you tear his heart open in order to find out if he was sincere or not?’ And he went on repeating this statement to me till I wished I had embraced Islam that day”. — Sahih Muslim, Kitabul Iman, Bab Tehreemi Qatlil Kafir [http://sunnah.com/muslim/1/183]

In other words, the Holy Prophet(sa) was extremely pained by this action of Hazrat Usama(ra) and expressed his displeasure to him repeatedly.

In light of all these teachings, we ask those social media posters who call us non-Muslim or accuse us of posing as Muslim:

Is it not a requirement of Taqwa that once we hear that a person calls himself/herself a Muslim, we leave the matter to Allah? Click To Tweet