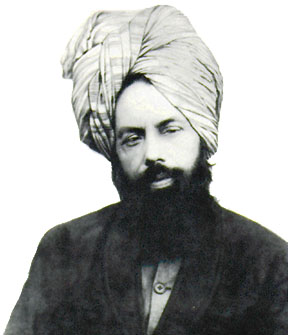 a prophet to unite mankind in the Latter Days

All religions contain prophecies that foretell the advent of a special individual, who will come as a reformer in the latter days. On February 13th, 1835, in the small Indian village of Qadian, a man named Hazrat Mirza Ghulam Ahmad(as) was born. He belonged to a well-known and noble family. Learn more…

Allah says in the Holy Quran:

“He it is Who has raised among the unlettered people a Messenger from among themselves who recites unto them His Signs, and purifies them, and teaches them the Book and Wisdom though before that they were in manifest error; And He will raise him among others of them who have not yet joined them. He is the Mighty, the Wise.” (Surah Al-Jumuah 62:3-4)

A companion of The Holy Prophet(sa) relates:

One day we were sitting with The Holy Prophet(sa) when this chapter was revealed. I enquired from Muhammad(sa). Who are the people to whom the words and among others of them who have not yet joined them refer? Salman(ra), a Persian was sitting among us. The Holy Prophet(sa) put his hand on Salman(ra) and said. If faith were to go up to the Pleiades, a man from among these would surely find it. (Bukhari).

The advent of The Holy Prophet(sa) is described metaphorically as the appearance of God Almighty. The Holy Prophet(sa) became the mirror reflecting Divine Attributes. He was Al-Abd. The Holy Quran calls him Abdullah (72:20) — The Servant of Allah. For the latter days God in His Mercy sent us the servant of The Servant — Ghulam Ahmad(sa). Mirza Ghulam Ahmad Qadiani(as) (Ahmad(as)) claimed to be The Promised Messiah and Mahdi. Ahmad(as) claimed to be the metaphorical second coming of Jesus(as) of Nazareth and the divine guide, whose advent was foretold by the Prophet of Islam, Muhammad(sa). 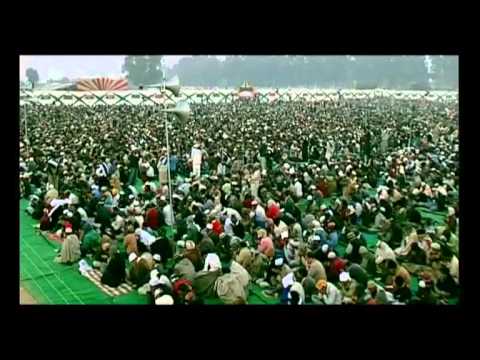 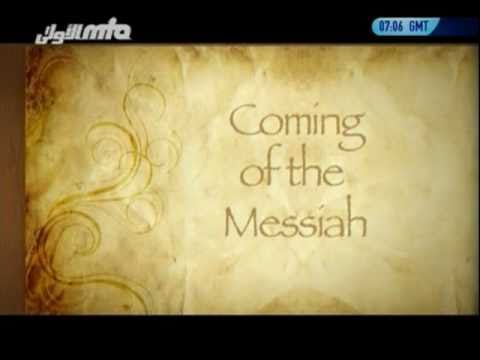 33:39
Coming of The Messiah – The world is waiting for saviour 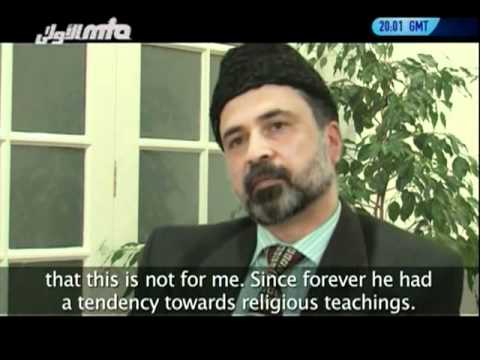 28:13
The Defender of Faith – Hazrat Mirza Ghulam Ahmad of Qadian 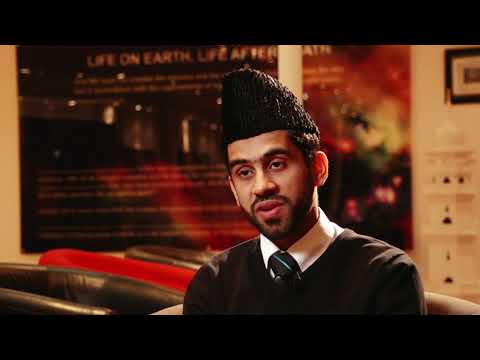 17:29
Second Coming of the Messiah – True Concept about Promised Messiah

The Message of the Promised Messiah and Mahdi(as):
Our Teaching: Inculcating The Truth and Spirituality more
The Philosophy of the Teachings of Islam: Landmark book about Islam and the wisdom behind its teachings. more
A Message of Peace to all religions with an appeal to ignore the differences and show respect for each other and exercise sympathy. more
Abolition of Violent Jihad: An emphasis on Jihad against self. more

The Legacy of the Promised Messiah and Mahdi(as):
Khatame-Nabbuwat more
Love of The Holy Quran from his writings
Love for The Holy Prophet Qaseeda
Al-Wasiyyat - The Will more
Khilafat Khilafat-e-Ahmadiyya
Al-Jannah
Blessings of Prayer
Ahmadiyya Muslim Community

Are there prophecies of the Ahmad (the Promised Messiah) yet to be fulfilled?

English books by The Promised Messiah

The Essence of Islam Volume I

The Essence of Islam Volume III

The Essence of Islam Volume IV

The Essence of Islam Volume V

Selections from the Writings of the Promised Messiah

The Philosophy of the Teachings of Islam

Noah's Ark: An Invitation to Faith

A Message of Peace

The Need for the Imam

The Advent of the Promised Messiah

Star of the Empress

A Gift for the Queen

Proceedings of the Prayer Meeting

Arabic - Mother of all languages

Four Questions by Mr. Sirajuddin, a Christian, and their Answers

Three Questions by a Christian and their Answers

The Criterion for Religions

How to be Free from Sin

The Victory of Islam

The Honour of Prophets

The True Nature of the Mahdi

So Said The Promised Messiah (as)

Haqiqatul-Wahi (The Philosophy of Divine Revelation)

The Miracle of Ahmad

Hallmarks of the Saints

Testimony of the Holy Quran

The Reality of Khilafah

The Ocean of Light

Selected Poems of the Promised Messiah (as)

A Gift for Baghdad

An Introduction to the Hidden Treasures of Islam

Claims and Teachings - Ahmad The Promised Messiah and Mahdi

Ahmad The Guided One

The Promised Messiah and Mahdi

Life of the Promised Messiah

Life of The Promised Messiah (as)

Mirror of Charm and Beauty

Hakam and Adl: The One to Unify the Ummah

Claims of the Promised Messiah(as)

The Founder of the Ahmadiyya Muslim Jama’at