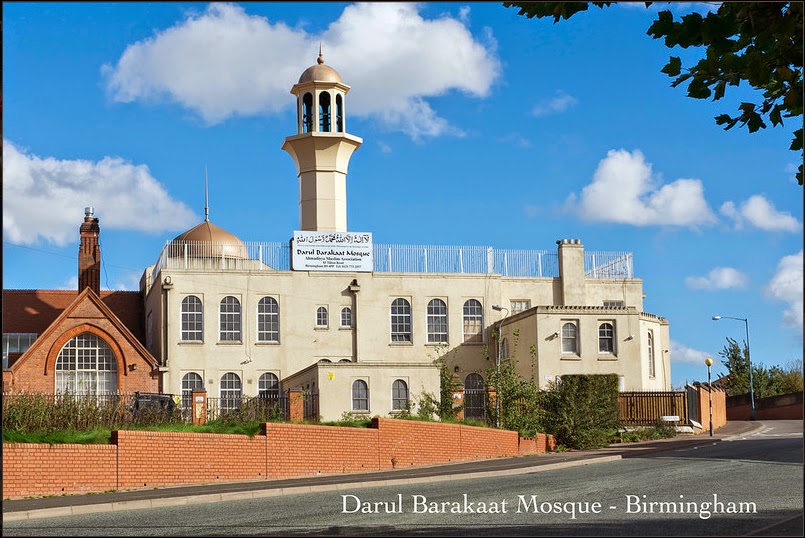 God Almighty has enabled the Ahmadiyya community today to build this new Mosque. Mosques are the Houses of Allah and are built for the worship of God. They are places for good and pure persons of God to come together in one place.

In Islam, the concept of the worship of One God is that when they pray for themselves, the world and the Hereafter bowing down before their God, they feel and should feel that their prayers would only be accepted when they are also respecting and honouring the rights of God’s people, and when they are trying to create an atmosphere of peace and reconciliation in their society.

These rights should be discharged with love, kindness and affection and by obeying the laws of the land. You should include them and remember them in your prayers. Pray for their well-being also. Only then can you be called the good and pure people of God and God Almighty will listen to and accept your prayers. If you do not pray like this, then there is no need to build mosques nor is their benefit to be gained from coming to mosques to pray.

God turns the prayers round, that is to say God does the opposite of what is sought from Him, of those who violate or usurp the rights of God’s creation, or those whose neighbours are fed up of them, or the environment cannot bear to have them amongst it, or of those who break the laws and create a bad atmosphere in the society. God says to them how dare you come to My House when you have caused such misery for My people. This is all a show off. If your prayers were out of fear of Me, then you would have honoured the rights of others.

So, this is the teaching of Islam for its believers and its worshippers. When a Muslim enters a mosque with this thought and this feeling, then when he prays in the mosque and leaves the mosque, he would have the fear of God out of deep love for the Creator in his mind and would honour and respect human rights and obligations with kindness and out of love and affection. There can be no question that voices and slogans would be raised from such Houses devoted to the worship of God. When the hearts of those coming to a mosque are joined in this purpose, their hearts can never think ill of others or hate those who believe like them or those belonging to any other faith.

In this connection, the Founder of the Ahmadiyya community, the Promised Messiah, peace be upon him, states:

‘There are only two components of a religion: one is complete love of God and the other is to love mankind so much so that one should think that their difficulty is one’s own and them.’

So the teaching that our Founder gave to our community was that the worship of God and kindness to the creation cannot be separated from each other.

Islam is such a tolerant religion that it permits non-Muslims to enter its Mosques and pray in it in their own way. This is why God Almighty has called those, irrespective of their faith, who prevent others from entering mosques as cruel and unjust persons; as God Almighty says:

And who is more unjust than he who prohibits the name of Allah being glorified in Allah’s temples and seeks to ruin them? It was not proper for such men to enter therein except in fear. For them is disgrace in this world; and theirs shall be a great punishment in the next. (Ch.2: V.115)

This is such a beautiful teaching that we can only find it in the Holy Qur’an, the Sacred Book of Islam. It says that the one who prohibits others from worshipping is a most unjust person. Everyone has his own way of worship and prayers and can say one’s prayers to one’s Creator in whichever manner one likes.

Islam permits that when required others can pray in its mosques so that their feelings should not be hurt. It does this in the interest of creating an atmosphere of peace and harmony. So perish the thought that a Muslim should even think of destroying a house of worship of some other believers.

Everyone is of course free to believe in whatever one likes and to express it in a peaceable manner is also a part of that freedom. Freedom of conscience and faith is also one of the fundamental rights of man, to give expression to its superiority and to worship in its way. The most unjust thing is to deprive one the right to respond to one’s heart and believe in that which one has adopted as one’s faith. It is also most unjust on the part of those who think they have a monopoly on faith and gather outside a place devoted to the worship of Allah and shout slogans of hatred.

So, as the Promised Messiah(as) required that we should discharge the rights of human beings, and as the right of belief is a basic and major human right that the Ahmadiyya Muslim community claims that it confers on others, each Ahmadi should, therefore, never obliterate its history from his mind. The Ahmadiyya community has to be in the forefront always in honouring human rights and creating an atmosphere of peace. It is for this peaceful purpose that mosques are built. This aim is perhaps unique to the Ahmadiyya community. It means that in the thousands of mosques all over the world, you will not hear any slogans being shouted from any of its mosques urging anyone to go and violate the peace or prohibit the freedom of faith and conscience or usurp any rights of other human beings.

So each Ahmadi should try that if there is any envy or hatred in any part of the heart it begins to change into affection, liking and then love. Love and hatred are inter-related to each other. It means that not only do I love everyone but that I love everyone for the sake of winning God’s pleasure. As a result, hatred cannot dwell in such a person. So every Ahmadi should set an example of this wherever he lives.

May Allah enable that after the building of this mosque, love should be fostered and the rights of others honoured more than before. Amin

I also wish to thank all the guests who took part in this inauguration reception and expressed their feelings frankly and who responded to our love with love.

These thanks are not just lip service but I express this gratitude in compliance with the command of the Holy Prophet(sa) that he who is not thankful to others is not grateful to God. So because the work undertaken by each Ahmadi is for the sake of God Almighty and indeed should be, so I thank those who came today out of affection for us from the core of my heart.

I pray that Allah makes this Darul Barakat Mosque a true Sign of peace and love. The world is apparently rapidly advancing towards destruction because of the envy and hatred that its people have in their hearts. This is because they have forgotten their God. It is a terrible end that you cannot even imagine. My prayer is that man should turn away from these envies and hatred and should truly repent and recognising God Almighty should become His worshippers. May they be the ones to spread the sweet smell of love. May Allah cause this to be so. 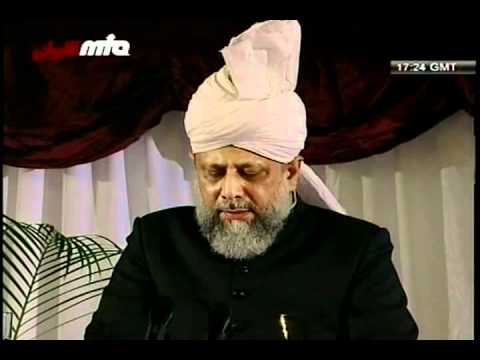