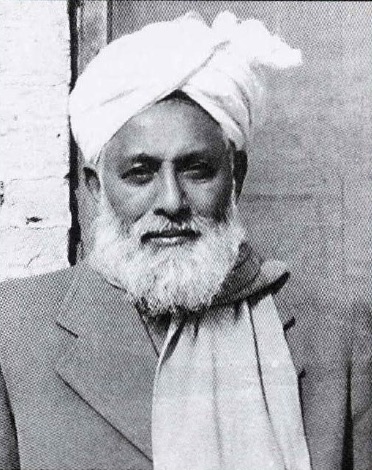 Hazrat Maulana Abulata Jallandhari, the author of this booklet, was born on 14th April, 1904 at Kariha, District Jallundhar in the Indian State of Punjab. In fulfilment of the wishes of his father, he studied in the theological college of Qadian and dedicated his life for the cause of Islam.

He started working as a regular missionary in 1927 and was posted in Palestine from 1931 to 1936 where he started publishing a magazine “Al-Bushra” in Arabic, which continues to be published up to this day. He also founded the Urdu magazine “Al-Furqan” and was its editor for 26 years till his death.

In his lifetime he successfully debated on behalf of Islam and Ahmadiyyat with scholars of various religions. He also served as Principal of Theological Colleges at Qadian and Rabwah, as secretary in various administrative departments and in important organisational posts of Ahmadiyya Community. In recogination of such outstanding contributions to Ahmadiyyat, he was conferred the title of “Khalid-e-Ahmadiyyat” by Hazrat Musleh Maoud during Jalsa Solana at Rabwah in 1956.

He was a distinguished member of the team that accompanied Hazrat Khalifatul Masih III to the National Assembly of Pakistan in 1974. His glorious life and activities came to an end on 30th May 1977. He was buried in Bahishti Maqbara, Rabwah.

Death on The Cross