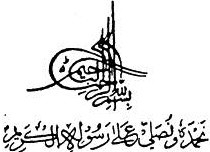 In the name of Allah, Most Gracious, Ever Merciful

For every spiritual exercise in Islam the ultimate aim is the attainment of God’s pleasure through the regulation of one’s life in accordance with His ordinances.

Of the five articles of faith of Islam. the fourth is fasting during the month of Ramadhan. The Holy Quran states:

O ye who believe, fasting is prescribed for you during a fixed number of days, as it was prescribed for those before you, so that you may (safeguard yourselves against moral and spiritual ills and) become righteous. But whoso from among you should be ailing (not being permanently incapacitated), or should be on a journey, shall complete the reckoning by fasting on a corresponding number of other days; and for those who find fasting a strain hard to bear is an expiation, the feeding of a poor person (if they can afford it). Whoso carries through a good work with eager obedience, it is the better for him. If you had knowledge you would realise that it is better for you that you should fast. The month of Ramadhan is the month in which the Quran began to be revealed , the Book which comprises guidance for mankind and clear proofs of guidance and divine Signs which discriminate between truth and falsehood. Therefore, he who witnesses this month, being stationary and in health, should fast through it. But whoso is ailing (not being permanently incapacitated), or is on a journey, should complete the reckoning by fasting on a corresponding number of other days. Allah desires ease for you and desires not hardship for you: He has granted you this facility so that you should encounter no hardship in completing the reckoning, and that you may exalt Allah for His having guided you and that you may be grateful to Him. (Ch. 2: 184-186)

It is made lawful for you to consort with your wives dur­ing the night of the fast. They are as a garment for you and you are as a garment for them. Allah knows that you were being unjust to yourselves, wherefore He has turned to you with mercy and has corrected your error. So consort with them now without compunction and seek that which Allah has ordained for you, and eat and drink till the break of dawn begins to manifest itself. From then on, complete the fast till nightfall. But do not consort with your wives during the period when you are in retreat in the mosques. These are the limits prescribed by Allah, so approach them not. Thus does Allah expound His commandments to the people, so that they may safeguard themselves against evil. (Ch. 2: 188).

Now, if Islam had claimed to be a religion and had not in­corporated fasting as a discipline, can you imagine the mockery which would have been hurled by the Jews, the Christians, the Hindus, etc? But then can it be said that Islam copied this teaching from other religions? Yes, provided it is also said that Islam be­lieves in the Unity of God, in His chosen prophets, His Sacred Books, in acting righteously, etc.

Thus, in the above verse, God Almighty warns Muslims that they must not think that they are the only ones who have been commanded to fast for a fixed number of days. Such a command­ment existed for other religions as well. But look at them — what have they done to this commandment! A great majority of their believers today do not fast at all, or if they fast, they fast partially for one day a year. It is only in Islam that it became a principal article of faith and, although there are some noticeable exceptions, a vast majority of Muslims still adhere to this commandment, fasting for a period longer than in any other faith.

Owing to the very many sects in Hinduism. it is difficult to find a code of standard practice although various days have been appointed for fasting. The fast commences in the evening and ends the next day with the sighting of the moon. During this time water may be drunk but nothing cooked may be had as food. This does not prevent the consumption of fruit, etc. Thus such a fast is a partial abstention from food and water.

Among certain Jain communities, females commence the fast in the early morning with a spoonful of previously boiled water and eat or drink nothing for several days. A kind God does not demand such extreme expiation from the believers.

Although Moses is said to have fasted for a period of forty days (Exodus 34:28; Deuteronomy 9:9), Elijah went in the strength of one meal for forty days (I Kings 19:8), Esther announced her special fast for three days and nights (Esther 4:16), David’s valiant men mourned the loss of Saul and his sons by fasting for seven days (I Chronicles 10:12), Daniel realising the significance of a vision continued a partial fast for three weeks (Daniel 10:2-3), yet the present practice amongst most Jews is to fast for twenty-four hours on the Day of Atonement. This again is a partial fast and nothing cooked may be had.

Jesus is said to have stayed in the wilderness, without food, for forty days (Matthew 4:2; Mark 1-13; and Luke 4:2). He also referred to three aspects of Christian behaviour in his Sermon on the Mount (Matthew 6:1-18): almsgiving, prayers and fasting. The reference ‘be not like the Jews …’ refers to the fact that the Jews at that time wore sack cloth, disfiguring their faces so that they may appear as if fasting. It is quite clear that Jesus did not forbid fasting. rather he assumed that his disciples would continue to fast ‘as those before them’ though in the correct way and not as hypro­crites.

We are told in Matthew 9:14, Mark 2:18·20, Luke 5:33 and 18:12 that the Jews fasted either often or up to two days a week. The disciples of Jesus and the early Christians also fasted. Yet, like the Jews, ritualism crept in even among them and during the second century A.D. people fasted so that they may not be caught as exceptions. It was during the dark middle centuries that the eating of no meat on Wednesdays and Fridays, gave way to the Roman Catholic practice of eating fish on Fridays. Even Martin Luther goes on record complaining about the misuse of this form of fasting. Ritualism appears to have crystalised in the sixth century when fasting was made obligatory by the Didache (a manual of church order believed by some to have been compiled by the Apostles) and the Second Council of Orleans and it took the church nearly a thousand years later to disband the remaining remnants of this discipline. The Book of Common Prayer lists 16 observable days for vigils, fasts and remembrance: the Didache ordered fasts on Wednesdays and Fridays; Roman Catholics require that on Friday, no meal must be eaten; the Carmelite, Carthusian and Cistercian order regular fasting but among others it is virtually non-existant.

Again, the practice among some clergy to fast for a day, (first Sunday in Lent) missing up to three meals and yet to drink water is only a partial fast. The refraining from eating meat hardly accrues any benefits to one who is a vegetarian and such a one would have been deprived of the benefits of fasting owing to one’s inability to fast.

We observe that among domesticated animals, they totally abstain from food in order to restore their metabolism. This instinctive behaviour is caused by nature. It is also the practice to feed wild animals kept in captivity for six days a week. In fact, wild animals will often go without food for several days. It is strange therefore that nature should have required a period of sustained rest for our digestive system for other living things and that man should have forgotten such an important discipline.

In describing these various kinds of fasts of abstension of certain kinds of foods on the day of fasting as opposed to a total abstension of food and drink, we do not wish to ridicule such customs. Indeed it is possible that God Almighty may have re­quired a race of hunters whose diet was entirely composed of meat to abstain from meat for say one day a week and partake a vegetarian diet to restore vitamins, etc., for the health and its effect on the morals of such people. In such a case, the commandment would have indeed been a blessing for those people at that time. Although there were various days of fasting for the people before Islam, their observance was not of the kind prescribed by Islam.

According to Ibo-Hisham. the Quraish tribe of Mecca used to retire to Mt. Hira for religious devotion and penance during the month of Ramadhan, abstaining from sex. etc., although this month was not regarded as a sacred month among the four pre-Islamic sacred months of Qadah, Hijjah, Muharram and Rajab. The word ‘Rarnadhan’ is an Islamic name as prior to Islam it was known as ‘Nataq’ (Fatah Al-Bayan). The word is derived from ‘Ramada‘. They say Ramada al-Salimu i.e. the inside of the man fasting became very hot with thirst (Lane). The month is so named because (1) fasting in this month produces heat and burning due to thirst, (2) worship in this month burns away the traces of sin in man (Asakir and Mardawaih) and (3) the necessary warmth of love for the Creator and His Created beings is generated in the hearts of those who fast.

Ramadhan and its Blessings