Muslims celebrate Eid twice a year, Eid-ul-Fitr and the other, which comes about 10 weeks later, is called Eid-ul-Adha.

Eid-ul-Fitr is a festival that marks the end of the Holy month of Ramadhan. This joyous day is celebrated to give thanks for the blessings of Ramadhan. Muslims attend the congregational Eid prayer service which is held in the morning. They wear new clothing, cook delicious food and invite friends and neighbors to celebrate with them. Fasting during Ramadhan inspires sympathy for the hungry and needy, and encourages Muslims to donate generously to the poor.

Eid-ul-Adha (Festival of Sacrifice) is a festival which comes about ten weeks after Eid-ul-Fitr, and marks the completion of Hajj (Holy pilgrimage to Mecca). It is the festival of Sacrifice that commemorates the obedience of Hazrat Ibrahim (as) and his son Hazrat Ismail(as) to the commandment of Allah. Hazrat Ibrahim(as) had a series of dreams in which he saw himself sacrificing his eldest son Ismail. He inferred that it was perhaps the will of God that he should sacrifice the life of his son. Hazrat Ibrahim(as), being most obedient to God, was about to sacrifice the life of his son Ismail, when God commanded him to stop and gave him the good news that he had indeed fulfilled His command. God was so pleased with Ibrahim because of his obedience that He multiplied his progeny into billions. He was also given the great honor of being the forefather of the Holy Prophet of Islam(sa). On the day of Eid those Muslims who can afford to sacrifice an animal are enjoined to do so after Eid Prayer. 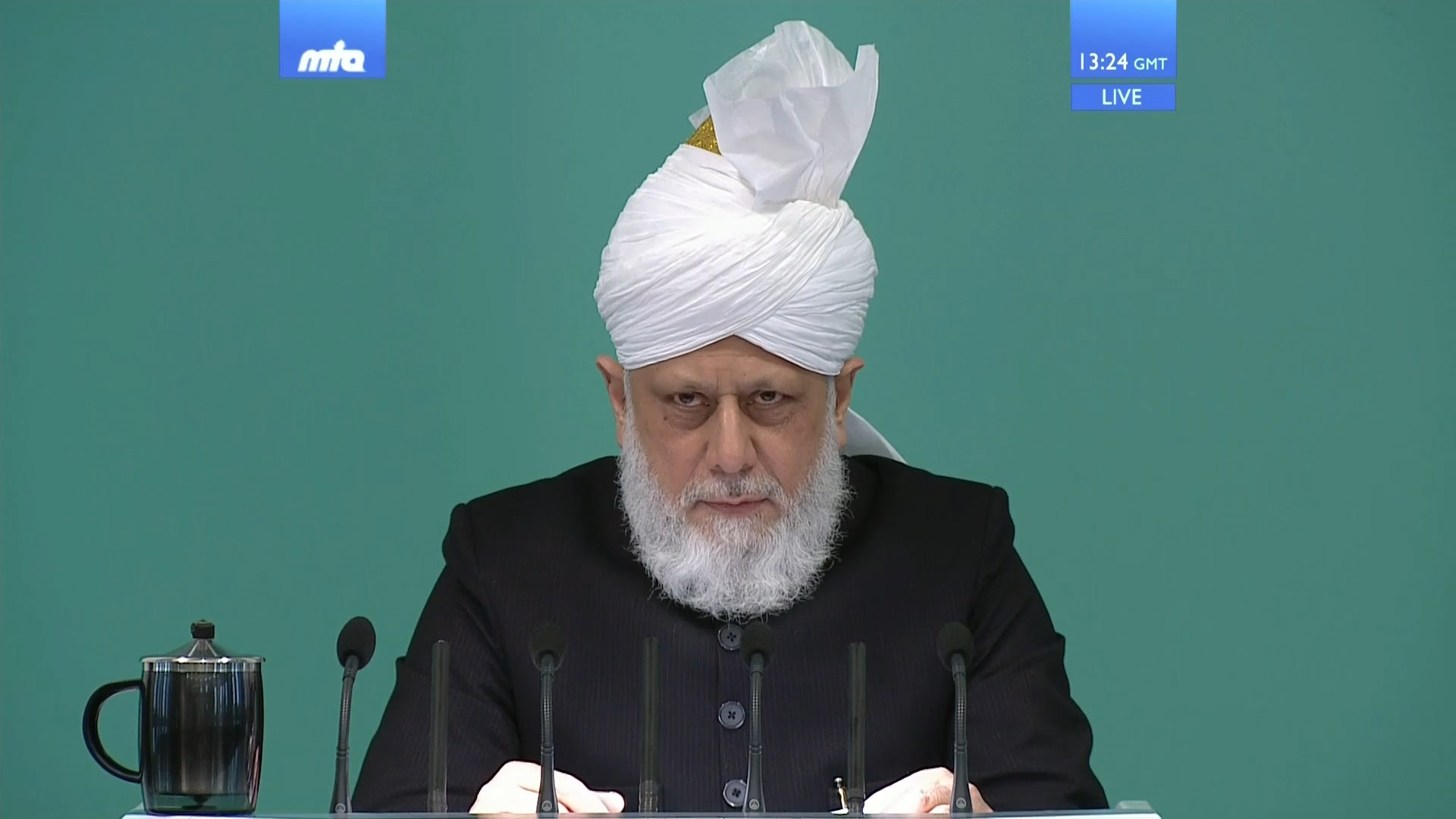 Why is the Eid Sermon delivered after Eid prayers whereas the Friday Sermon is delivered before Friday prayers?