Q1 7:04 Kindly tell us about the condition of Hazrat Masih Maud(as) and his family close to the time of his passing away.

Q2 25:29 Some people have spread misconceptions about how Hazrat Masih Maud(as) passed away. Please tell us the true account of his death.

Q3 39:40 According to Hadith, there will be a Mujaddid at the start of every century. According to Ahmadiyya Jamaat, will the Mujaddid be Khalifa himself or a different person?

Q4 50:23 Ahmadiyya Jamaat displays extreme patience when faced with prosecution in Pakistan. How long can you be this patient and what is the difference between patience and cowardice?

Q6 1:00:59 A religious leader in Pakistan, Javed Ahmed Ghamdi claims that all hadith referring to the advent of Hazrat Isa(as) and Imam Mahdi are mozoo and zaeef. Kindly give us references to some authentic ahadith that tell us about the coming of Imam Mahdi.

Q7 1:08:14 Ahmadiyya Jamaat believes that God can send prophets after Hazrat Muhammad(sa) but the religion will still be the same. Were there any prophets before Hazrat Masih Maud(as) and will there be any more prophets later?

Q8 1:09:52 Kindly give us some details about the historic establishment of Khilafat e Ahmadiyya in Qadian.

Q9 1:15:22 When Hazrat Khalifatul Masih I(ra) was elected as first khalifa, he faced some challenges as some people were not willing to accept khilafat. How did he deal with these issues at that time?

Q10 1:23:37 Please tell us about the election of Khalifatul Masih II(ra) and how Ahmadiyya Jamaat flourished under his guidance. 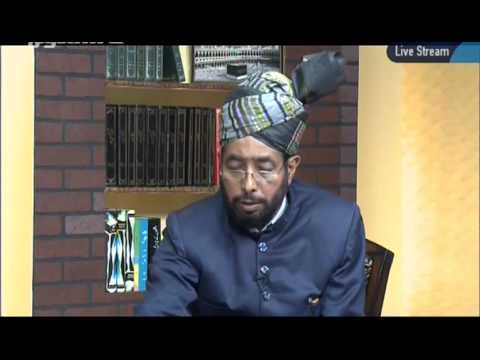 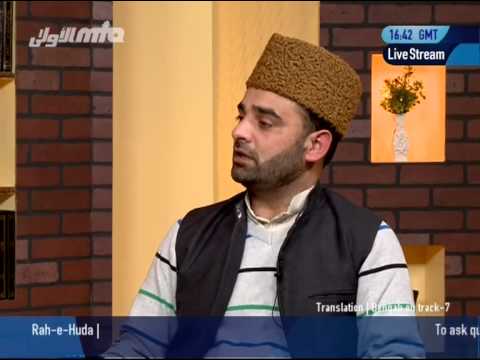