Q1 5:22 Allah sent various revelations to Hazrat Masih Maud(as) regarding the victory of Islam and Ahmadiyyat. Please tell us about them.

Q2 18:40 If Ahmadiyya Jamaat is spread in over 200 countries, is that reason enough to believe it is true? In that case, Christianity is also spread worldwide. How do we know which religion is right?

Q3 22:19 What efforts did Hazrat Mirza Ghulam Ahmad Qadiani(as) make in order to spread the word of Islam Ahmadiyya to the whole world?

Q4 35:15 Who is superior between Insan (humans) and Jinn? Also, is Bab e Ludh as mentioned in a Hadith same a Ludhiana where Hazrat Masih Maud(as) took the first Bait?

Q5 41:11 History says that Hazrat Zakariya was martyred but according to Ahmadiyya belief, all prophets died a natural death. Please explain this contradiction.

Q6 44:29 According to Tafseer Kabeer, Hazrat Isa(as) came before Hazrat Muhammad(sa) and similarly Syed Ahmad Barelvi came before (was Irhas of) Hazrat Masih Maud(as). Can someone who was not a prophet be Irhas of a prophet?

Q7 47:24 We believe that the solar and lunar eclipse of 1894 was a sign that Hazrat Mirza Ghulam Ahmad Qadiani’s(as) was the Promised Messiah. Do you have any proof that these eclipses actually happened?

Q8 50:34 The prophecy about the glory of Islam has to be fulfilled by the Promised Messiah and Imam Mahdi. How has Hazrat Masih Maud(as) fulfilled this prophecy?

Q9 1:05:45 Some people believe that Hazrat Muhammad(sa) can appear anywhere at any time. Is this true?

Q10 1:07:25 The Christians who believed in Hazrat Isa(as) had to hide for 300 years due to prosecution. Will the Ahmadiyya Jamaat also have to face prosecution for 300 years?

Q11 1:11:27 At the time of Queen Victoria’s diamond jubilee celebrations, Hazrat Masih Maud(as) wrote to her with the message of Islam and peace between all nations. Please tell us about that message. 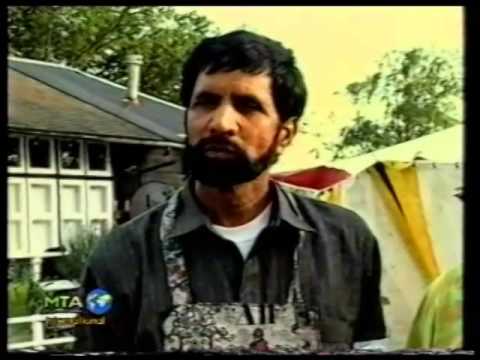 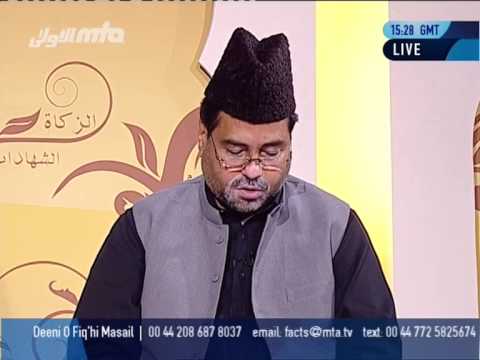