As explained by Hazrat Musleh-e-Maud(ra)

If someone approaches you and asks, “What are angels?”, how would you answer? Would you be able to give a succinct response, or would you stumble your way through an ambiguous, half-hearted answer?

Fortunately for us, the Promised Messiah(as) offers a simple, yet comprehensive answer to this tough question. He writes:

“The All-Wise, Who chose the mediation of means for the physical development of man and created many physical mediators to influence the human body in diverse ways, the same One without associate, Whose works have unity and symmetry, chose that man’s spiritual development should also follow the system which has been adopted for his physical development so that the two systems, the external and the internal, and the physical and the spiritual, through their balance and harmony, should point to the One Creator, Who regulates everything by His will.” (Aina-e-Kamalat-e-Islam, Ruhani Khazain, Vol. 5, pp. 86-87, footnote)

As the Promised Messiah(as) has theoretically explained the existence of angels, Hazrat Musleh-e-Maud(ra) has practically pinpointed exactly how the Quran defines angels.

In his own words, here are Hazrat Musleh-e-Maud’s(ra) 14 Quranic points on the reality of angels (taken from his speech entitled, Malaikatullah, delivered in December 1920 at Jalsa Salana Qadian).

1. They are God’s creation

“One may think, with the status ascribed to them, that angels are not God’s creation. Christians have fallen victim to this very misconception and supposed that the Holy Spirit is not God’s creation, but rather a part of God Himself. As such, they have ascribed divinity to it. But Islam purports that the idea of angels being uncreated is false. Allah the Almighty declares:

2. They cannot be seen by the naked eye

3. They have no gender

“One must remember that they [angels] are neither male nor female. The above mentioned verse alludes to this:

“Here, God did not declare that angels are actually males; rather, He stated that these people claim that angels are females. What do they know, what they [angels] are? Were they present when God created the angels? … To state that angels are male or female is incorrect. Gender is related to physical beings, not to spiritual entities.” (Malaikatullah, Anwar-ul-Ulum, Vol. 5, p. 490)

4. They are of three ranks

“The angels have three ranks. They all do not belong to the same rank. Allah the Almighty states:

“[Those who bear the Throne, and those who are around it, glorify their Lord with (His) praise, and believe in Him, and ask forgiveness for those who believe, (saying): ‘Our Lord, Thou dost comprehend all things in (Thy) mercy and knowledge. So forgive those who repent and follow Thy way; and protect them from the punishment of Hell.’” (Surah al-Mu‘min, Ch.40: V.8)] 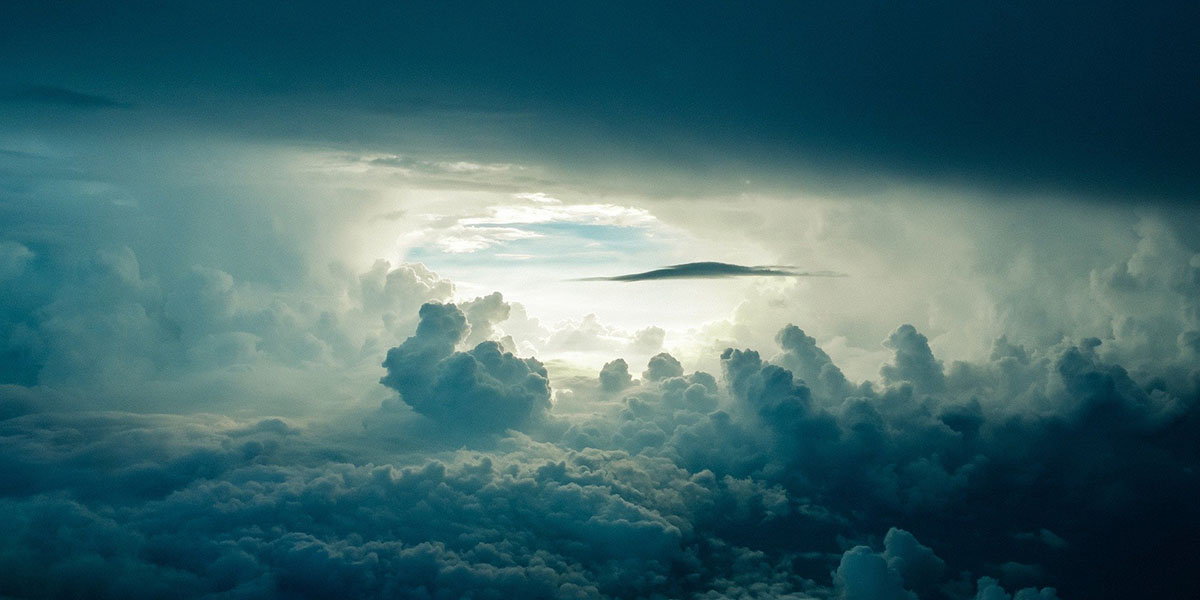 “In other words, the first category is of those angels who implement divine injunctions. The second category serve as deputies who relay their instructions to lower ranks of angels. And this statement demonstrates that there exists a third rank of angels, below the rank of the angels who encircle His Throne [second rank], and this is also proven true by the Ahadith…

“Thus, there are the angels who bear Allah’s Throne, and then there are those angels who are subservient to them and act as their assistants, whilst still muqarrab [close] to Allah.

5. They are unable to commit sin

“The angels are such a creation that they have not been given the power to commit evil … In contrast to human beings, the scope of action of angels is limited. Man can transgress his limits, but angels are unable to exceed the limits placed upon them. Allah the Almighty states:

6. They fulfill Allah’s command to its fullest extent

“Angels are not only unable to disobey Allah’s command, but they have such inherent faculties that they completely fulfill God’s command in its entirety … They have been given such capability that they completely fulfill whatever task they are assigned. Meaning that all of them are capable to do so. Angels are unlike human beings, in that some humans have the power to fulfill a command and some do not. Allah the Almighty states:

7. No external force can manipulate them

“Angels are protected in every way [from external influence]. Allah the Almighty states:

“Angels are stern and severe. No other force can influence or affect them; rather, they influence and affect fully any substance for which they are commanded to influence.” (Malaikatullah, Anwar-ul-Ulum, Vol. 5, p. 493)

8. They are countless in number

“Their number is immeasurable to human beings. Allah the Almighty states:

“They [angels] are fixed in their position of administrative service, to the extent that they hold offices of ranked authority of different divisions. Hence, Allah the Almighty states:

“‘Say, “The angel of death that has been put in charge of you will cause you to die; then to your Lord will you be brought back”’ (Surah al-Sajdah, Ch.32: V.12)

“‘And if you could only see, when the wrongdoers are in the agonies of death, and the angels stretch forth their hands, saying, “Yield up your souls. This day you shall be awarded the punishment of disgrace because of that which you spoke against Allah falsely and because you turned away from His Signs with disdain.”’ (Surah al-An‘am, Ch.6: V.94)

“In another place, He says:

“‘Verily, those whom the angels cause to die while they are wronging their own souls, they (the angels) will say to them, “What were you after?”’ (Surah al-Nisa, Ch.4: V.98)

“Reflect upon these three verses. The first verse mentions that only one angel has been tasked with taking people’s souls. The other two verses mention that many angels take souls.

“This illustrates that one angel has been placed in charge of this task, but many other angels act as his deputies, who, in obedience to him, carry out his work. If a system of administration has been used for the process of death, then it can be deduced that a system of administration is used for all tasks done through angels.” (Malaikatullah, Anwar-ul-Ulum, Vol. 5, pp. 493-494)

10. They are limited in their state and strength

“Angels are, in contrast to human beings, limited in their powers and capabilities. They remain only in one state of being, whereas human beings can greatly progress and evolve. Allah the Almighty states:

11. They have free will, but to an extremely limited extent

“Their [angels] example is akin to a horse whose neck is harnessed to a long rope which is tethered to a nail; [the horse] can move about, but it cannot leave the boundaries of its leash. Angels also orbit a fixed station and cannot leave its boundaries. This boundary is:

“[They do not disobey Allah in what He commands them and they do as they are commanded. (Surah al-Tahrim, Ch.66: V.7)]

“One can glean that angels do have free will by way of the question they raise about Hazrat Adam(as):

“[Wilt Thou place therein such as will cause disorder in it, and shed blood? (Surah al-Baqarah, Ch.2: V.31)]

“The angels asked Allah the Almighty what the wisdom was [in placing a Khalifa on earth] if human beings were to create disorder and spill blood. To ask this question illustrates that angels do, to some extent, have free will. However, this free will neither inclines them towards evil, nor exceeds the virtue [they have been assigned to fulfill] …

“We also gather from the ahadith that angels have some free will. It is recorded that a man went to a scholar and said, ‘I have committed countless sins. Will I be forgiven?’ The scholar said, ‘Your repentance will not be accepted.’ The man murdered the scholar and proceeded to another scholar so that he could seek repentance at his hand. But the man died on the way. Upon this, the angels of Heaven said, ‘We will take him to Heaven, for he went with the intent of repenting.’ The angels of Hell, however, said, ‘We will take him to Hell, because he died before repenting.’ (Sahih Muslim, Kitab al-Taubah). This [dialogue and difference in opinion] illustrates that angels have free will [to some extent].” (Malaikatullah, Anwar-ul-Ulum, Vol. 5, pp. 495-496)

12. They do not have knowledge of the unseen

“‘And [remember] the day when He will gather them all together; then He will say to the angels: “Was it you that they worshipped?” They will say, “Holy art Thou. You are our Protector against them. Nay, but they worshipped the Jinn; it was in them that most of them believed.”’ (Surah Saba, Ch.34: V.41-42)

13. There are different angels allocated to different tasks

“The ahadith record that Hazrat Aisha(ra) asked the Prophet(sa), ‘Have you encountered a day harder than the day of the Battle of Uhud?’

“‘On the day of Aqaba, after facing rejection by the Meccans, I when I went to the people of Abd-Yalail and they did not pay attention and rejected my message. So, I departed, overwhelmed with excessive sorrow, and proceeded on … I lifted my head towards the sky to see a cloud and saw Gabriel(as) in it. He called me saying, “Allah has heard what your people have said to you and seeing their opposition, Allah has sent the Angel of the Mountains to you so that you may order him to do whatever you wish to these people.”

The Angel of the Mountains called and greeted me, and then said, “O Muhammad! Order what you wish. If you like, I will let Al-Akhshabain (two mountains near Mecca) fall on them”’, meaning that they would die as a result of an earthquake.

“This hadith reveals that the Angel Gabriel(as) told the Prophet(sa), ‘Allah has instructed the Angel of the Mountains to help you.’ Gabriel did not say, ‘I have myself come to help you.’ This illustrates that different angels are assigned different tasks.” (Malaikatullah, Anwar-ul-Ulum, Vol. 5, p. 497)

14. They are manifestations of Divine Attributes

“‘All praise belongs to Allah, the Maker of the heavens and the earth, Who employs the angels as messengers, having wings, two, three, and four. He adds to [His] creation whatever He pleases; for Allah has power over all things.’ (Surah Fatir, Ch.35: V.2) …

“The Holy Prophet(sa) states, ‘He (i.e. Gabriel(as)) who brought me the Perfect Book [the Holy Quran] has 600 wings.’ (Sahih al-Bukhari, Kitab-ut-Tafsir, Surah al-Najm).

“This demonstrates that Gabriel is a manifestation of 600 divine attributes … Thus, angels are manifestations of different attributes, and that their having wings is not literal; rather, it refers to the attributes they represent.” (Malaikatullah, Anwar-ul-Ulum, Vol. 5, pp. 497-498)