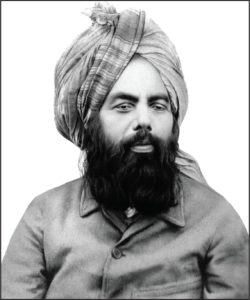 Saturday 23rd March 1889 was the momentous day when Hazrat Mirza Ghulam Ahmad, the Promised Messiah(a.s.), accepted the hands of forty faithful servants in allegiance to the Ten Conditions of Bai’at (initiation) and founded the community which he called ‘The Ahmadiyya Muslim Community’. The Promised Messiah(a.s.) took this oath of allegiance at the house of a spiritual preceptor Hazrat Sufi Ahmad Jan in the city of Ludhiana (Punjab, India). Hazrat Hakim Maulvi Noor al-Din(r.a.) was the first person to have the honor of taking the first Bai’at. This was a revolutionary yet a very modest beginning to a new chapter in the history of Islam.

129 years after this day, the Ahmadiyya Muslim Community is spread across the world in over 200 countries and territories, with worldwide membership exceeding tens of millions.