Death of Lekh Ram – A Sign for the people of India 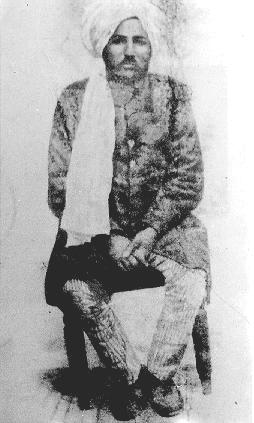 I now turn to another prophecy; one of many which proved the truth of Islam to the people of India. Their fulfilment moved several hundred thousand persons and convinced them of the truth of Islam and persuaded many of them to declare openly that Islam was the true religion. The effect of the prophecy has continued since.

The circumstances of the prophecy are that late in the last century a new Hindu sect called the Arya Samaj came into existence. Seeing the low condition of Islam in our time, this sect conceived a bold plan to convert Muslims to the Hindu religion. To this end Arya Samaj writers began to publish the most scurrilous attacks on Islam. The most daring of these leaders and writers was one Lekh Ram. In the course of several exchanges Hazrat Mirza Sahib tried to explain to this Arya leader the truth of Islam. But to no effect. Lekh Ram stuck to his anti-Islam ideas and schemes. He produced the most distorted translations of Quran passages. Common decency found it difficult even to read those translations. He held the most foul views about the Holy Prophet and the Holy Quran. The best of mankind, he thought the worst of mankind, the best book in the world the worst. A diseased eye cannot stand the light. This was the case with Lekh Ram. Controversy with him began to mount. Lekh Ram went further and further in his abuse of the Holy Prophet (on whom be peace), and ridicule of Hazrat Mirza Sahib. He also became impatient for a sign. Hazrat Mirza Sahib prayed to God and learnt that the end of this man was near. Before publishing this prophecy Hazrat Mirza Sahib offered to withhold publication of the prophecy if Lekh Ram had any objection. But Lekh Ram said he had nothing to fear from such prophecies. Revelations first received were general. No time limit had been laid for Lekh Ram’s end. Lekh Ram insisted on a time limit. Hazrat Mirza Sahib, therefore, withheld publication of the prophecy until he had more knowledge from God. Eventually, he learnt that Lekh Ram was due to meet with a fatal calamity within six years counting from February 20, 1893. On receiving this assurance Hazrat Mirza Sahib published the prophecy. He added to it an Arabic revelation relating to Lekh Ram.

“A miserable half dead cow; nothing awaits for it but disgrace and destruction.”

“If within six years from today February, 20, 1893, this man does not meet with punishment from God, which is unusual in its poignancy and tragedy and which impresses all and sundry with the fear of the Lord, then let everybody think that I am not from God.”

A little later, Hazrat Mirza Sahib elaborated the prophecy on the basis of further revelations. He wrote:

“And God gave me the tidings that I will witness a day of Eid, and this day will be close to the Eid.”

“And among the graces of God, which I have received, is this – that He has accepted my prayers relating to one Lekh Ram and that He has informed me that he will soon meet his deserts. This man was foul in his abuse of the Holy Prophet. I prayed against him. So, my God informed me that this man will die within six years. There are Signs in this for seekers-after truth.”

A little later, Hazrat Mirza Sahib added further details to the prophecy. These were published as a note inside the title cover of his book Barakat ul-Dua. It was headed `A further prophecy about Lekh Ram of Peshawar.’ In the course of it he wrote:

“Today April 2, 1893 A.D., (Ramadhan 14, 1310 A.H.), early in the morning, in semi-sleep, I saw myself sitting in a large house, some friends with me. Suddenly in front of me I saw a man, fearful looking with blood-shot eyes. As I saw, he seemed a strange creature, of a strange character. Not a human being I thought, but a dreadful and dangerous angel. He struck terror in those who saw him. As I looked at him, he asked, `Where is Lekh Ram?’ Then he named another and asked me his whereabouts also. I then understood that this person had been appointed to punish Lekh Ram and this other man.”

Foolish and misguided foe,
Fear the sharp sword of Muhammad,
Denier of the greatness of Muhammad,
And of the luminous light of Muhammad!
Miracle may seem a thing of the past,
Come yet and see one through the devotees of Muhammad.

The prophecies relating to Lekh Ram put together foretold;

These details are so clear and determinate that nobody can have any doubt about their meaning and content. Five years after the publication of these prophecies, people started ridiculing the Promised Messiah. The time limit of the prophecies, they said, was over and nothing had happened! Could Mirza Sahib still be true? However, the next Eid-ul-Fitr, (which marks the end of the Ramadhan), in the afternoon, an unknown person stabbed Lekh Ram in the stomach with a sharp knife. Stabbed on Saturday, Lekh Ram died on Sunday. The Word of God came true in all its grim detail. The prophecy had laid down a six year limit. Lekh Ram died within six years. The prophecy said the fatal even would occur on a day close to the Eid, and that this day will prove the Eid of the believers. It happened exactly like this. Lekh Ram was stabbed on the day following the Eid. The prophecy said that Lekh Ram would meet his end at the hands of a fearful red-looking person. That is exactly what happened. Lekh Ram was to be a victim of the sword of Muhammad; so, he died of a stab. The prophecy said that Lekh Ram would meet a fate similar to the fate of the Calf of Samri. This calf was dismembered on a Saturday, burnt to ashes, the ashes dispersed into a river. This is what happened to Lekh Ram. Being a Hindu he was cremated, his ashes thrown into a river.

The story of the murder of Lekh Ram, as otherwise told, is that sometime before, a man with blood-shot eyes had come to him, wishing to be converted from Islam to Hinduism. People tried to dissuade Lekh Ram from entertaining him. But Lekh Ram did not heed. This man became Lekh Ram’s trusted companion. Lekh Ram had appointed the fateful Saturday as the day of his conversion. Lekh Ram was busy writing. He asked for some book. This man pretending to reach Lekh Ram with the book, slipped a knife into his stomach, and turned the knife round and round so as to cut the entrails thoroughly. He then disappeared, this being the statement of Lekh Ram’s family. Lekh Ram was on the upper floor of the house. Near the gate, on the ground floor, were many men; but no one saw the murderer come down and escape. Lekh Ram’s mother and wife were certain he was still in the house. On a search of the house nobody was found. Where did he disappeared? Into the earth or on to the sky? Lekh Ram died in great pain on Sunday. On a Sunday, the Promised Messiah has seen in a vision this red-looking fearful murderer who asked for Lekh Ram. Lekh Ram’s end was a Sign of the truth of the Promised Messiah, divine warning for those who would heap vile abuse on the holy person of the Holy Prophet (on whom be peace and blessings of God).