Or, it is just an excuse? 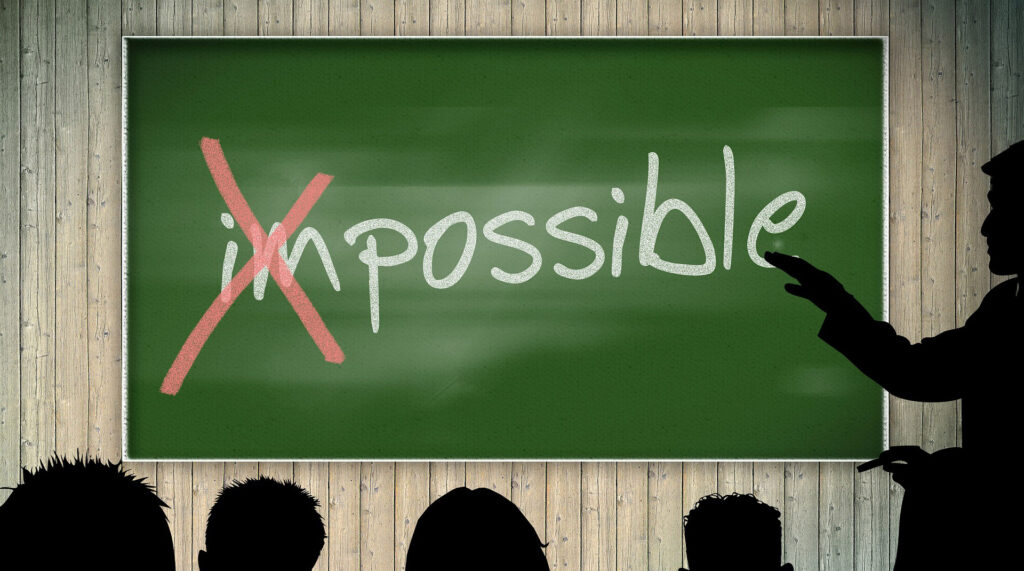 “There are too many religions. My life is not long enough to try them all. It is impossible to try all of them in a limited life span. Hence, I reject them all”.

At least, that’s how I understand it. You can watch a video that explains it here .

This criticism is similar to the way postmodernists say:

“We reject all world views”.

The first problem with this statement is it itself is a world view! The moment someone says, “I reject all world views”, this is in and of itself an expression of a world view. If they are honest in their rejection of all world views, they should reject this worldview as well.

Similarly, when someone says, “I am atheist because it is impossible to try out all religions”, the same logic applies. If atheism rejects all other faiths and ways of life on the notion that it is impossible in one’s lifetime to try all those ways of life, then atheism itself must be rejected as it is also a way of life, or a way of thinking, or a form of ideology! Hence, this is essentially a self-destructive argument.

As theists, what we are essentially saying to atheists is this: You can’t have your cake and eat it too! You can’t say:

“There are too many religions; I’m not going to try any one of them”.

This is because a religion is an ideology and your statement is also an ideology. So, essentially, what you are really truly saying is:

“There are too many ideologies; I’m not going to try any one of them”.

But the moment you say that, you have expressed another ideology, which must also consequently be rejected.

Secondly, atheists cannot make this excuse in the first place because they do not have many choices in front of them. A religious person or theist can say, “There are too many religions”. But an atheist cannot make this remark because that is not his main argument. His main issue is actually about God.

His question then is only two-fold: Is there a God or not? There are only two choices here. There is a God, or there isn’t. Once he has determined that there is a God, he can then ask the question: Which religion is the right way to God? But atheists cannot start with this critique of religion. They have to start with the question about the existence of God, and once that is determined, they can ask the next question.

Now, when we have reached this stage of accepting the existence of God, the next-level question can be asked: There are so many religions; which one do I choose? My life is too short and I don’t have the time to explore all of the options. The response to this question is that when we look at all the options available to us, we discover that there are innumerable similarities. And it actually takes some effort to find the differences. So, in the broader sense, religions are actually quite united in their teachings as opposed to being different from one another.

Every nation had a guide, a reformer, or a prophet sent to them. All religions therefore are from God. Over time, there was distortion of their teachings, but their original prophets were all from God. Hence, there are similarities in all of them. And differences are actually in the minute details.

Finally, and most importantly, what is to be noted is that this “impossible game” critique of religion is simply an excuse to avoid making efforts towards discovering God. God says in the Holy Quran:

[29:70] And as for those who strive in Our path — We will surely guide them in Our ways. And verily Allah is with those who do good.

Those who strive in the path of Allah will not be abandoned. They will reach God Almighty. In the Hadith-e-Qudsi, God says:

As a result, we as Muslims can guarantee to our atheist friends that if they make the effort, and if they try to get nearer to God Almighty, they will find Him as He has promised. We normally ask them to start with Surah Al-Fatiha because it is a very neutral prayer. It only states, “Guide us to the right path”. If atheists offer this prayer in true sincerity, they will eventually find God.

For our education, for a university degree, for a good job – for all these worldly things – we make so much effort. We start our education from the age of 5 and continue going to school for 14 years, and another 4 years at university to get a degree, and then hunt for jobs which itself can take years before we land a job that we love. If we can make so much effort for the pursuit of happiness and wealth, why not just a fraction of that effort for seeking God?

“Our paradise lies in our God. Our highest delight is in our God for we have seen Him and found every beauty in Him.” Click To Tweet

In other words, he is saying that true happiness and comfort is in God. He further says:

“This wealth is worth procuring though one might have to lay down one’s life to procure it. This ruby is worth purchasing though one may have to lose oneself to acquire it. O ye who are deprived! Hasten to this fountain as it will satiate you”.

If we can spend a better part of our lives studying, and even after graduation, if we can spend several hours every single day, in the pursuit of wealth and happiness, why can we not spend a fraction of that time pursuing God?

If the pursuit of God is so impossible, then the pursuit of anything in life is impossible. The same impossible-game-excuse can be given for all pursuits of life, including the pursuit of wealth. But no one has ever stopped pursuing wealth and fame and power just because there are too many options to choose from. Why is this excuse being made when it comes to God?

Was the Holy Quran perfectly preserved?
Understanding the History and Differences of the Dialects of the Holy Quran
Do women have an unfair share in inheritance?
Islamic Teachings on Female Prisoners of War
Does Islam teach Muslims to Hate non-Believers?
Go to Top
Start Here
Research
Contact Us
Follow Us
Copyright © 2021 Ahmadiyya Muslim Community. All rights reserved.
Privacy Policy | Use of Cookies | Terms of Service | Sitemap
Start Here