Why is Bismillahir Rahmanir Raheem counted as the first verse?

For instance, in the Quran which counts Bismillah as the first verse in Surah Al-Baqarah, the following verse would be quoted as 2:2:

However, the Quran which does not count Bismillah would reference the above verse as 2:1. In this article, I explain why this difference exists and why the Ahmadiyya Muslim position on the importance of counting Bismillah holds more weight and makes better sense. 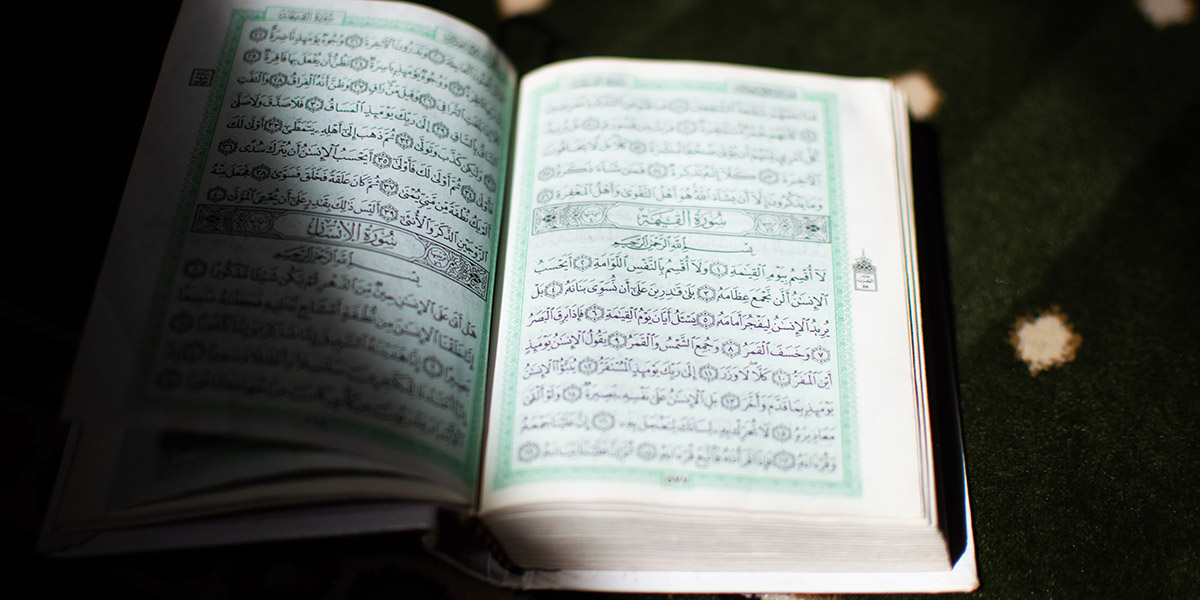 The first matter to understand on this subject is that Bismillahir Rahmanir Raheem is a revealed verse of the Holy Quran. When we are counting verses of the Quran, what is it for? It is meant to take note of and give a number to each revealed statement from God Almighty. The Ahmadiyya Muslim position on this matter is quite straightforward: Alif-Laam-Meem is a revealed verse of the Holy Quran just like Bismillahir Rahmanir Raheem. To count one and not the other has to be based on some solid reasoning. The burden of argument is then on the publisher of any Quran where Bismillah is not counted, not on the Ahmadiyya Muslim Community.

We know for a fact that the Holy Prophet(sa) did not distinguish between Bismillah and other verses of the Quran. They were all treated as equal in their status of being revealed by God. In fact, Bismillah was the indicator in letting the Holy Prophet(sa) know that a new Surah of the Holy Quran has begun to be revealed:

Hazrat Ibn Abbas(ra) narrates that the Holy Prophet(sa) would not distinguish between two Surahs until the words, “In the name of Allah, the Gracious, the Merciful” were revealed to him (https://sunnah.com/abudawud/2/398).

In this Hadith, the word tunazzila is used to refer to the actual revelation of Bismillah at every occasion when a new Surah began to be revealed.

Discussing this Hadith, Hazrat Musleh Mau’ud(ra) writes, “This Hadith proves that the Bismillah which is written at the beginning of all Surahs is based on revelation of God and a part of the Holy Quran, not outside of it” (Tafseer-e-Kabeer, vol. 1, p. 12).

Refuting the beliefs of those who do not consider Bismillah a part of the Holy Quran, he quotes the following Hadith  narrated by Hazrat Abu Hurairah(ra):

“The Holy Prophet(sa) said, ‘When you recite Al-hamdolillah [i.e. Surah Al-Fatiha], recite Bismillahir Rahmanir Raheem first, because it [i.e. Surah Al-Fatiha] is the mother of the Quran and the mother of the Book and (it consists of) seven oft-repeated verses, with the inclusion of Bismillahir Rahmanir Raheem as one of the verses”.

This is further proven from the following narration where the Holy Prophet(sa) clearly began the recitation of the Surah with Bismillah and made no distinction between it and the other verses:

Hazrat Anas bin Malik(ra) said, “The Messenger of Allah(sa) said, ‘A Surah has just been revealed to me’. He then recited, ‘In the name of Allah, the Gracious, the Merciful. Surely We have given thee abundance of good’ till the end of the Surah” (https://sunnah.com/abudawud/2/394).

There are some scholars who continue to insist that even though Bismillah is a part of the Quran and should come at the beginning of every Surah, it should still not be counted as the first verse. One reason for this, as discussed by Hazrat Mirza Tahir Ahmad(rh), is that the non-Ahmadi Muslims like to distinguish between the different Surahs. Their argument is that Bismillah is common to all Surahs and does not need to be counted. The first verse of every Surah should in fact be the one after Bismillah so that it is easier to distinguish between the Surahs.

Regardless, it should be noted that even with this argument, it does not mean that Bismillah is not a part of every Surah. It is admitted by all that Bismillah is in fact the first verse of every Surah. If a distinction is to be made, it should be based on the Quran itself or the Sunnah of the Holy Prophet(sa). We find evidence in neither for making any distinction between Bismillah and the rest of the Quran. As a result, the Ahmadiyya Muslim position is only more logical in counting Bismillah as a verse just like all other verses.

Why does Surah Taubah not start with Bismillah?

The only question that needs to be answered at this point is that if the above rule holds true, why has an exception been made for Surah Taubah? If Bismillah is the means to distinguish between one Surah from another, why is it missing from the beginning of Surah Taubah?

It is noted in the Detailed Commentary of the Holy Quran, “The truth is… that Anfal and Taubah or Bara’at both make one Surah and Taubah is called a Surah, which literally means a piece, because it has been treated as a distinct portion of Anfal, otherwise it is not a Surah in the sense in which other Surahs are known by this name”.

Commenting on this matter, Hazrat Khalifatul Masih I(ra) states, “This Surah [At-Taubah] is not a separate Surah. Instead, it is a portion of [Surah] Anfal. It is pointless to argue why it does not begin with Bismillah. It is true that there was a purpose in distinguishing this portion. After the victory of Makkah, Hazrat Abu Bakr(ra) was sent by the Holy Prophet(sa) to take care of certain duties. After that, Hazrat Ali(ra) was sent with these verses [given as an instruction]. They constitute a declaration of war which has been identified as a separate section for the sake of remembering it better. In this declaration of war, the reasons for engaging in war are laid out”.

In light of this Surah Al-Anfal and Surah At-Taubah should be seen as one Surah with two portions. The second portion is named At-Taubah as it pertains to a specific subject matter.