The sequence of verses of The Holy Quran

“There is an order in the Holy Quran, which is not given its due value. Until the order and sequence of the Quran is kept in view and reflected upon, the objectives in the recitation of the Holy Quran cannot be fulfilled  .. Allah says  I will cause thee to die a natural death and will exalt thee to Myself (3:56). The Holy Quran states the relevant accounts in this context in an appropriate sequence, according to the manner in which they transpired…” (Malfuzat English Vol II page 143)

In the study of Holy Quran we find that Allah follows a particular sequence. This varies with what is being discussed. God is not bound by repeating the same thing in the same words. His intent and words used are His infinite Wisdom. It is interesting to look for the sequence. 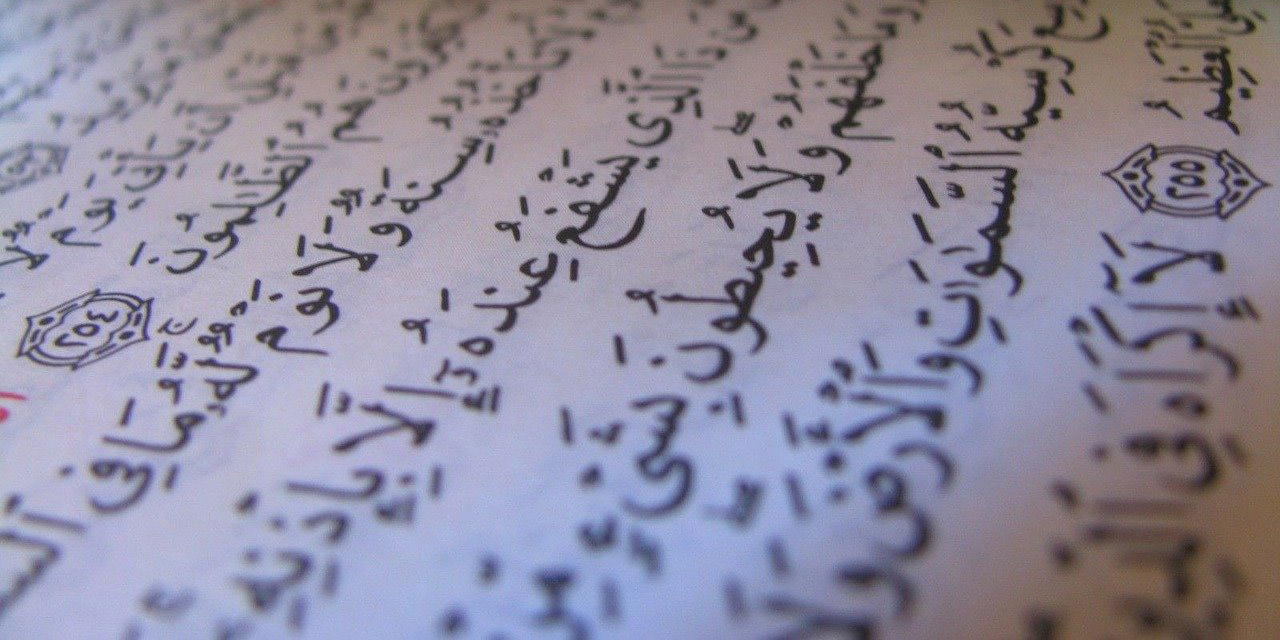 Take the narration of the magicians in the court of Pharaoh when they fell down prostrating themselves after being vanquished by Moses. This is mentioned three times in the Holy Quran.

26:47 There upon the magicians were impelled to fall down prostrate.

7:121 And the magicians were impelled to fall down prostrate.

20:71 Then the magicians were made to fall down prostrate. They said, ‘We believe in the Lord of Aaron and Moses.’

Another example of sequence from high to low is:

If one pursues the study of the Holy Quran we find several examples of how the sequence was done and look for a reason. Some examples are mentioned below:

It is always ears, eyes and heart (67:24) Say, ‘He it is Who brought you into being, and made for you ears and eyes and hearts; but little thanks do you give.’

Another example is when Hazrat Ibrahim(as) prayed in the words:

‘And, our Lord, raise up among them a Messenger from among themselves, who may recite to them Thy Signs and teach them the Book and Wisdom and may purify them; surely, Thou art the Mighty, the Wise.’ (2:130)

Allah changed his words to proper order and moved purify them up in sequence  (yo zakki-him) as a pre-requisite to becoming a momin consistent with hodalil mutaqeen (guidance for the righteous 2:3)

As in the verse below:

Verily, Allah has conferred a favour on the believers by raising among them a Messenger from among themselves, who recites to them His Signs, and purifies them and teaches them the Book and Wisdom; and, before that, they were surely in manifest error. (3:165, 62:3)

In the context of crucifixion of Jesus and his death when Allah says:

And their saying, ‘We did kill the Messiah, Jesus, son of Mary, the Messenger of Allah;’ whereas they killed him not, nor crucified him, but he was made to appear to them like one crucified; and those who differ therein are certainly in a state of doubt about it; they have no definite knowledge thereof, but only follow a conjecture; and they did not convert this conjecture into a certainty; (4:158)

In the logical sequence it should have been crucified him not, nor killed him. Death (killed) occurs after crucifixion.  However in this verse Allah is responding to the claim of the Jews who claimed to have killed Jesus.

Except those who repent, and believe and do good deeds; for as to these, Allah will change their evil deeds into good deeds; and Allah is Most Forgiving, Merciful. (25:71)

And those who repent and do good deeds, indeed turn to Allah with true repentance (25:72)

Khalifatul Masih II(ra) in his commentary says so complete and thorough was the reformation brought about by the Holy Prophet(sa) in the lives of his followers that in the place of every sin and crime in which they indulged before Islam, they practised a corresponding virtue. This is how their evil deeds became converted into good ones.

“All human beings are sinners; the best of the sinners are those who repent.” (Ibn Majah)

The advice is to Rise down and fall up.

Rise down means that in good times we must strive to download humility and efface ourselves and our egos. We must be grateful and remember Allah much.

Fall up means that in difficult times we must inculcate patience and steadfastness and upload virtuous deeds and protect ourselves from collateral damage with prayers.

Allahu ʾaʿlam [Allah knows best]. The hidden treasures of knowledge in The Holy Quran are for us to find. May Allah enable us to do so. Aameen.

Why is Bismillahir Rahmanir Raheem counted as the first verse?
Was the Holy Quran perfectly preserved?
Understanding the History and Differences of the Dialects of the Holy Quran
Significance of number four
Understanding the Lunar and Solar years as mentioned in The Holy Quran
Go to Top
Start Here
Research
Contact Us
Follow Us
Copyright © 2022 Ahmadiyya Muslim Community. All rights reserved.
Privacy Policy | Use of Cookies | Terms of Service | Sitemap
Start Here