Delivered by Hazrat Mirza Masroor Ahmad (World Head of the Ahmadiyya Muslim Community) at the occasion of Jalsa Salana France on 5 October 2019.

After Tashahud, Ta‘awuz and the recitation of Surah al-Fatihah, Hazrat Amirul Momineen(aa) stated that as he had mentioned in his recent Friday Sermon, the world is moving away from God. A lot of people reject the existence of God in this society; this trend has also affected some Ahmadis, both young and old.

Hazrat Amirul Momineen(aa) said that in such an atmosphere, it is essential to bring oneself and one’s children closer to Allah. Elders should present such examples in front of children that enable them to draw closer to Allah and His love.

This responsibility is for men and women both. Allah and His Prophet(sa) have placed the responsibility of the upbringing of children upon mothers, and this is no easy task. Mothers present their children in the scheme of Waqf-e-Nau but cannot just leave them to their fate after that; tarbiyyat at home is essential.

Some mothers pay more attention towards their sons only but this is not right. Here in the western society, tarbiyyat is a very sensitive issue. Tarbiyyat should be carried out with great care and consideration.

If men are not carrying out their responsibilities properly, then women should also guide them towards the right path.

Allah has told us to follow such people. It was the example of the lady companions(ra) that they would beautify themselves for their husbands only and not for the world. They established such examples from which Allah and His Prophet(sa) were pleased.

Huzoor(aa) said that today we observe that there are mothers who beautify themselves, leave their children, and go out with friends. Hazrat Amirul Momineenaa­ also noted that men also sometimes tell their wives to attend mix parties and not do pardah.

Huzoor(aa) instructed that we should ask ourselves if accepting the Promised Messiah(as) has brought about any change in us. If our worship has not developed to the extent that Allah requires of us, then we are not fulfilling the purpose of our creation.

Men have been commanded to attend mosques, while women have been given the concession to pray at home and gain the same blessings as men. However, if a woman does not take benefit from such an opportunity then they are at great loss.

When women begin to worship Allah more attentively, they will be able to carry out good deeds as well and the sense of following Allah and His Prophet(sa) will begin to manifest within them.

Fathers must also help their wives in the upbringing of children. Without the attention of fathers, children cannot be brought up in the desired Islamic way. If mothers are unduly scolding their children, fathers should play their roles wisely. They should not counter their wives’ behavior in the presence of their children but discuss it at a later point.

Hazrat Amirul Momineen(aa) said that modern research suggests that children express their feelings better with their mothers up to the age of 15-16. However, they do not have such a relation with fathers. Huzoor(aa) said that in our culture, at the age of 15-16, fathers and sons tend to develop a distance which is not helpful in tarbiyat. Fathers and children should always have a friendly relationship.

The Western society, in the name of freedom, certain things are taught to children that they cannot even comprehend at their age. In the name of knowledge, such education is ending up pushing children into the darkness of immorality. In such an atmosphere, it is vital that Ahmadi mothers first learn and gain knowledge themselves. Then, if their child questions them about indecent things like sexual relationships, then without shying away, mothers should answer and tell them that this is not the age for them to discuss such matters.

An Ahmadi woman, through her example and prayers, need to adopt such high levels of tarbiyyat that it can be said that these women are giving the Jamaat a very valuable asset in the form of their children.

Such children will be admired by the world for not indulging in immoral acts and for having an interest only in gaining the blessings of Allah. People around them should be able to say that these children only care about being part of Allah’s promise to the Promised Messiah(as) that his community will excel in knowledge and understanding.

Hazrat Amirul Momineen(aa) said that Ahmadi mothers should be such wives that embody the words of the Holy Prophet(sa) and become “of the best provision.”

Our Allah fulfils his promises. Those who draw towards Him and listen to His commandments, Allah grants worldly needs to such believers. Allah will provide for them in such a manner that they would not have imagined.

Having settled in the Western world, people develop an unreasonable desire for wealth. Sometimes, women begin to demand more from their husbands but then there are such men who themselves strive for more and more wealth. The pressure is not only from wives but sometimes from mothers and sisters also.

There are men who try to gain wealth in a wrong manner. Huzoor(aa) said that not all Ahmadi men are exemplary. Wives of such men who evade taxes and commit benefit frauds should question their husbands. They should tell their husbands that they do not want unlawfully earned money for themselves or their children. This can reform Ahmadi men and bless their humble earnings. Those who strive to increase righteousness, Allah develops contentment within them.

Mothers should also keep in mind that for the tarbiyyat of girls, they should show their own examples. Modesty is the sign of women. They should tell girls, from the age of 5-6 years old, that society does not protect their modesty and that they have to do this themselves.

Some girls think that their mothers observe an overdue level of pardah due to being uneducated and backward. Hazrat Amirul Momineen(aa) said that without any inferiority complex, Ahmadi women should shun all clothing that is against modesty.

Our girls should stay away from such professions that require them to dress immodestly. If women today free themselves from pradah, the danger is that future generations would drift further away from it.

The Promised Messiah(as) said that societies like Europe are abandoning pardah and this is becoming the root of immorality and drawing them away from religion.

In western society, instead of having an inferiority complex, women should tell others not to interfere with their pardah, as it is a matter of their own faith.

We should always remember the teachings of the Promised Messiah(as) to adopt righteousness.

Hazrat Amirul Momineen(aa) prayed for every Ahmadi woman and girl to put their religion first. 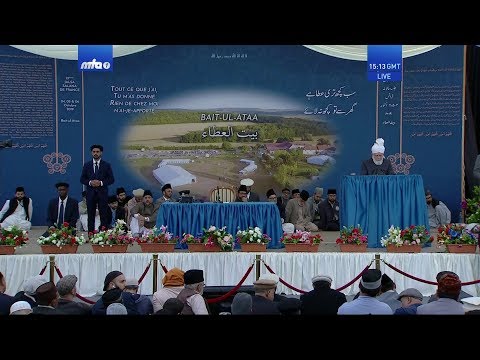 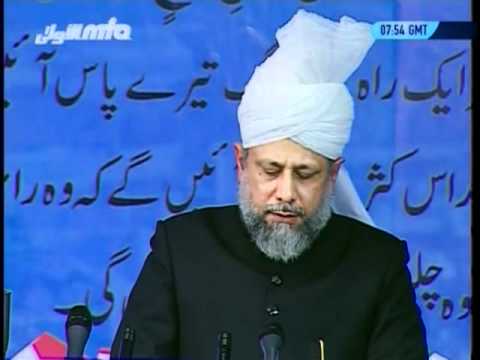 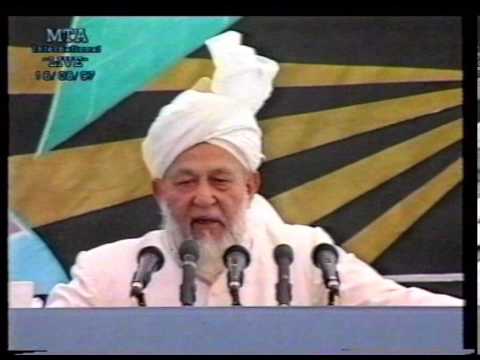 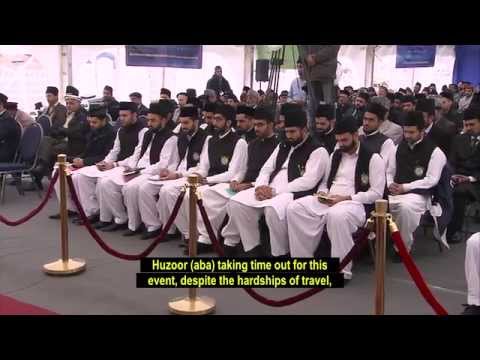