Holy Bible on the Mission of Jesus 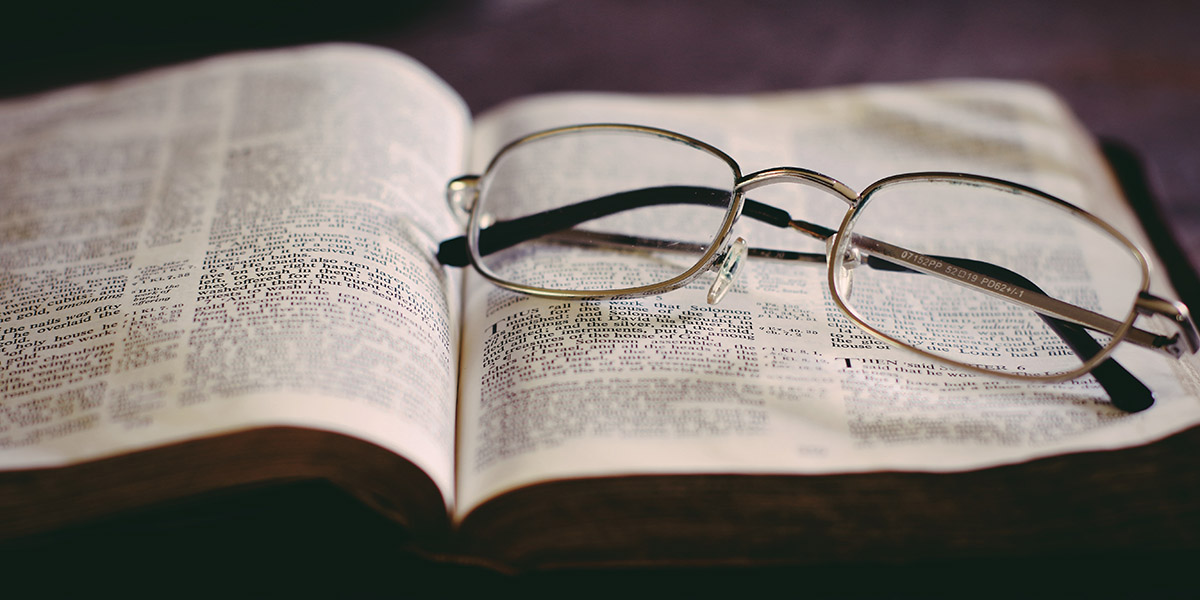 The subject of the Second Coming of Jesus is so important not only to the Christians but for the Muslims as well. For the benefit of the readers, as a Muslim, I need to expose some truths from the vary sayings of the Holy Bible so that they should know what really happened. It is evident from the Holy Bible that the moving prayers of Jesus on the night before the day of crucifixion (Matt 26:39; Luke 22:42; Mark 14:36; Matt 27:46) had been the main source for his escape from the accursed death on the cross. For it is utterly unbelievable that such earnest prayers from no less a personage than Jesus Christ should go unanswered.

It is also evident from the Bible that Jesus did not die on the cross, but was taken down in a state of unconsciousness and had lived afterward to complete his mission eventually to die a natural death. After his escape from the death on the cross, he was in his body of clay (John 20:15; Luke 24:39-43) and it is incorrect to say that a vapor cloud lifted him up to heaven.

No cloud has the power to raise a body of clay; no mortal can soar to heaven. To say that Jesus ascended to heaven with his mortal body is absolutely contrary to the sayings of Jesus, for he said: “No man hath ascended up to heaven but he that came down from heaven, the Son of man” (John 3:13). It is also clear from the New Testament that the accounts of both Mathew and John support this theory very strongly that Jesus did not ascend to heaven but migrated to another country, whilst both (Mark and Luke) are silent regarding the ascension.

He says “And other sheep I have which are not of this fold, them also I must bring and they shall hear my voice” (John 10:16). As, according to his aforesaid statement he was sent to the Israelites only, these other sheep, not belonging to the Palestinian Jews therefore were from the lost ten tribes dispersed in other countries. A similar conclusion can be drawn from another saying of Jesus: “A prophet is not without honor save in his own country” (Matt 13:57).

To believe, therefore, that Jesus did not go to another country where he was honored, is tantamount to believing that he passed away without honor. His saying, that his case, in view of the plot of his enemies to destroy him, would be similar to the case of the prophet Jonah, also reveals that as Jonah was honored by his people after he had been in the belly of the whale, likewise Jesus would be honored by the lost sheep of the House of Israel after he had been in the heart of the earth, i.e. hewn chamber serving for a tomb. And so it happened. He went to other countries where the lost sheep lived and was hallowed by them. The story of the wise men from the East who visited Palestine at the birth of Jesus (who evidently were Israelites, because no nation besides them expected the appearance of the Messiah and because of their saying, “Where is he that is born King of the Jews?”) contained a hint that Jesus would be honored by those sheep who were living in the Eastern countries.

Jesus also mentioned a parable which hinted at the same. He said: “What do you think? If a man has a hundred sheep, and one of them has gone astray, does he not leave the ninety-nine on the mountain, and go in search of the one that went astray?. And if he finds it, truly, I say to you, he rejoices over it more than over the ninety-nine that never went astray” (Matt 18:12,13).

Jesus, as we believe, a true prophet and beloved of God, could not neglect the duty imposed upon him by God. When he saw that the Palestinian Jews were not going to accept him, he left the country and went in search of the lost sheep, who were not of the fold of the Palestinian Jews. Historical investigations reveal to us that the people of Kashmir, India, Afghanistan and the surrounding provinces represent the ten lost tribes of Israel. Therefore Jesus must have gone to that part of the world.

The names of number of towns and cities of Afghanistan and Kashmir are identically the same as those of ancient Syria. For example, the names of Kabul, Himis, Gilgit, Laddakh, Leh, Suro, Sukat may be compared with Kabul, Hams, Golgotha, Laddak, Lehi, Shur and Succoth of ancient Syria. This constitutes one of the strongest proofs of the fact that the ancestors of the people of Afghanistan, Kashmir and the adjoining provinces came from ancient Syria, representing the lost tribes of Israel.

Historical records further reveal that Jesus came to India by way of Persia and Afghanistan so that he might accomplish his supreme task of delivering his message to people of that country. In short, Jesus came to the Punjab by way of Afghanistan and after paying visits to Benares, Nepal and Tibet, finally arrived in Kashmir and where he settled.

Holy Quran says: “And We made the son of Mary and his mother a sign, and gave them shelter on an elevated land of green valleys and springs of running water”. (23:50) According to Arabic Lexicons, the description of a place mentioned in this verse fully fits on the valley of Kashmir where a part of the ten tribes of Israel had settled. The people of Kashmir to this day bearing a striking resemblance to the children of Israel (Bani Israel). Jesus was welcomed and accepted by the Jewish tribes of the diaspora among whom he became known as Yus Asaf, the Prince Prophet.

Jesus spent his last years in Kashmir. He lived to the ripe old age of over 120 years and when he died he was buried in the Khanyar Street in Srinagar, Kashmir. His tomb is still preserved and is a place of pilgrimage.

The dead never return from their otherworldly abode. Once departed, none has ever paid a second visit to begin mixing with the living. Neither has God brought back any dwellers of the past. Those who literally wait the return of Jesus may continue to do so till eternity. He will never come. The Holy Bible also lends support to the view that Jesus himself would not return to this world, in the verses which refer to the second coming of Elijah. According to II Kings (2:11) Elijah ascended to heaven in a chariot drawn by horses and the Jews were expecting his physical return to earth which would precede the coming of the Messiah promised to them. However Elijah never appeared in the manner they expected but instead the prophecy was fulfilled in John the Baptist who came in the power and spirit of Elijah.

The Holy Bible says: “And his disciples asked him, saying, Why then say the scribes that Elijah must first come? And Jesus answered and said unto them, Elijah truly shall first come, and restore all things. But I say unto you that Elijah is come already, and they knew him not, but have done unto him whatsoever they listed. Likewise shall also the Son of man suffer of them? Then the disciples understood that he spake unto them of John the Baptist”. (Matt 17:10 – 13)

In these verses Jesus refers to the second coming of Elijah which actually took place in the person of John. The Jews did not recognize John as the second coming of Elijah, and thus persecuted him. Jesus says plainly that likewise he must suffer, i.e. his second coming would be not in his own person, but in the person of someone else. Jesus also said: “For I tell you, you will not see me again until you say, ‘Blessed is he who comes in the name of the Lord’ (Matt 23:39). Here Jesus is telling his disciples in plain language that they shall be able to recognize him only when they shall realize that someone else, rather than he, the Jesus of history, will come and that he will come in Jesus’ name.

Moreover, the second manifestation of the advent of Jesus, will not be understood by those who claim to his followers until they are able to recognize the spiritual impact of his teachings, that the one who will come, will come only in his name, having similar characteristics and bearing the same Messianic qualities, just as John the Baptist came in the spirit and power of Elijah.

Moreover, in the New Testament, we find remarkable signs being mentioned by Jesus about his second coming. What comes readily is Jesus’ reference to the place, the rapidity with which the message will be conveyed, the political instability that will prevail and the abnormality of natural phenomena. We have witnessed that all the signs mentioned by Jesus have been fulfilled.

The Bible also says, ‘Take heed that no man deceives you. For many shall come in my name, saying I am Christ; and shall deceive many’ (Matt 24:4,5). If any reason, Jesus was scheduled to descend in all glory in his flesh and blood, as a physical entity, escorted by an angelic host, then how could anyone be possibly deceived? There would then be no room for deception. It would have been as plain as daylight and many would then be witnesses of his miraculous descent, since no one is mentioned, in any of the four canonical gospels, as having witnessed his physical ascent. Here, the key to note is, ‘many shall come in my name’, that is to say, that his second advent will be such, that there would be room for deception by false claimants.

Therefore, what was meant by Jesus’ second coming was that someone having his attributes would be born and the descent of Jesus, peace be on him, not to be in his physical person but that a Messiah was to come in his image and spirit.

30 Verses of the Holy Quran which prove the Natural Death of Jesus Christ(as)
Jesus - A Prophet of God
Use of Maut and Wafaat in The Holy Quran
Jesus Christ died a natural death
Jesus Son of Mary - Islamic Beliefs
Go to Top
Start Here
Research
Contact Us
Follow Us
Copyright © 2021 Ahmadiyya Muslim Community. All rights reserved.
Privacy Policy | Use of Cookies | Terms of Service | Sitemap
Start Here