Is the testimony of a man equal to that of two women?

I remember watching an episode of Question Time with my family one Saturday morning. I do not remember the question being discussed or the panellists they had invited. The debate must have been religious in nature, but I cannot even be sure of that. The only thing I remember from the debate was this: a lady challenged a Muslim woman to defend the passage in the Holy Qur’an, which states that a woman’s testimony is worth half the testimony of a man. This in itself was not unusual. Question Time often encourages interfaith discussion and heated debate. What made this exchange memorable was the look of complete bewilderment on the Muslim woman’s face. She was completely and utterly stumped. A second passed; perhaps two. She had no idea how to answer. At last she found her voice, and dismissed the question as irrelevant (which, granted, it was) and the debate moved rapidly onwards. The discussion continued. The moment was gone. And so was the answer.

It is regretful that these moments are continually lost: fleeting opportunities to change people’s perceptions or chances to set people aright about things that are important to us. These moments have a habit of passing us by almost imperceptibly. Invariably in the wake of their departure, thoughts of things that could have been said – and perhaps should have been said – plague one’s mind for days on end. Unfortunately coming up with the perfect response months after the event is little consolation. The only way one can ever hope to have the perfect answer at the perfect time is to know one’s faith. At the time I did not know the answer to question either, which prompted me to look into the subject myself. 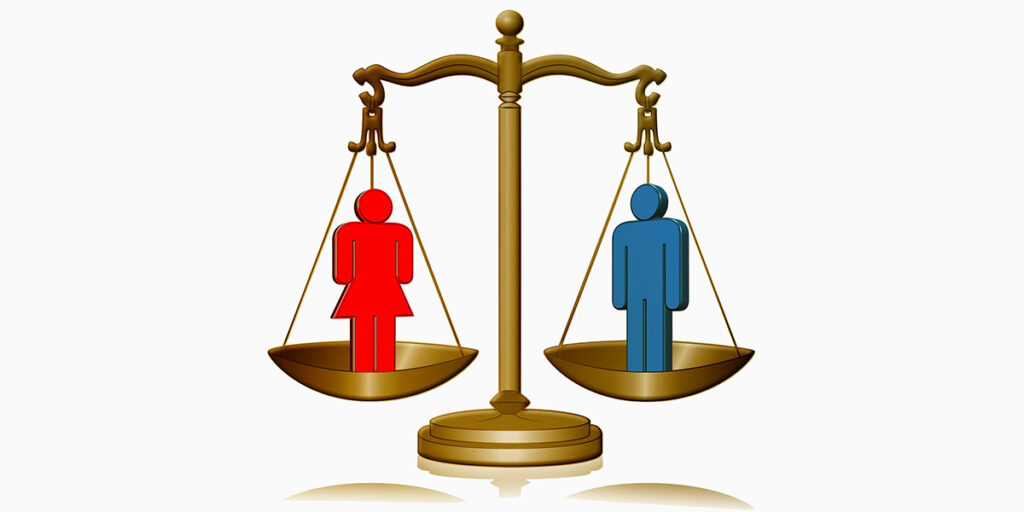 So: is a man’s testimony equal to that of two womens’? In many Muslim countries, this is a fact of life. Courts of countries such as Bahrain, Egypt and Saudi Arabia stipulate that a woman’s testimony is worth half that of a man’s. This policy has also been codified in the legal systems of Syria, Iran and Iraq. Morocco adopts this approach in matters of Family Law, and in Yemen women’s testimonies are not permitted in cases of adultery and retribution at all. It seems astonishing that in this day and age, someone’s entire testimony could be dismissed solely on the basis of their gender. These provisions are defended by their creators as simply adhering to Qur’anic injunction. In verse 283 of Surah Al-Baqarah, it is stated:

“O ye who believe! When you borrow one from another for a fixed period, then write it down…and call two witnesses from among your men; and if two men be not available, then a man and two women, of such as you approve as witnesses, so that if one of the two women should forget, then one may remind the other.”

Several erroneous conclusions can be drawn from this verse; namely, that a female witness is inherently inferior compared to a male witness; or that a woman is characteristically more prone to forgetfulness and confusion. This verse has also been quoted many a time to compound the idea that women are treated as second-class citizens in Islam. However, these claims are as false as they are unfounded, and in no way reflect the ideals of Islam.

Equality denotes that women are granted the same status, rights and opportunities as men. This is established in Islam from the very beginning of creation; in the Holy Qur’an, men and women are said to have been created ‘from a single soul’ [4:2]. This lies in stark contrast to the prevailing Christian belief that women were created from the rib of Adam(as). Unlike the Bible, the Holy Qur’an places men and women firmly on equal footing from their inception. This is compounded in Hadith, where women are described as ‘the twin halves of men’ (Abu Dawood 234; Tirmidhi 113). Verse 98 of Surah An-Nahl reads “Whosoever acts righteously, whether male or female… we will surely bestow on such their reward according to the best of their works.” This categorically repudiates any discrimination based upon gender. The religion of Islam has consistently shown itself to be a beacon of equality and women’s rights. All these teachings, however, seem to be forgotten entirely in the wake of this particular verse pertaining to women’s testimonies. So how can we reconcile the two?

Firstly, it is important to consider and understand the context of Arabia at the time of revelation. Arabia operated under a strictly patrilineal system. Women were treated as slaves or property. They had no control over their marriages, property or finances. Female infanticide was rife. It is only in light of this context that the true purpose of this verse can be understood. Verse 283 of Surah Al-Baqarah outlines a very specific scenario i.e. the settling of a financial transaction, within which the two-testimony principle operates. In a society where women were treated less than second class citizens, the absence of women in such scenarios would not have been particularly conspicuous. Women were denied basic education, excluded from places of work and were never granted the opportunity to hold stations or responsibilities outside of their homes; how could they be expected to give reliable testimony on financial matters?

Despite all of this, the Holy Qur’an makes a specific provision for the inclusion of a woman’s testimony. Rather than concerning ourselves with numbers at first instance, the seamless inclusion of women into an overtly male-dominated field should be noted. Women were excluded from finances and law as a matter of principle and this verse from the Holy Qur’an was ground-breaking in its efforts to incorporate women into the world of finance, court and commerce at all. By specifically providing for the eventuality of a woman’s testimony, the Holy Qur’an makes the inclusion and visibility of women not only acceptable, but also treats them as fully functioning members of society. This completely overturns the conventions of the era. This verse was crucial for breaking down barriers for women in Islamic society. Not only is a woman granted access to court; she has a definite role in legally validating a financial transaction. By being directly alluded to, the testimony of a woman is subsequently protected from refutation, and becomes enshrined in Islamic Law.

This does not resemble the fabled two-testimony construct at all. Once we accept that the second woman is not a separate testimony at all, but a buttress for the first, the purpose of the verse becomes clearer. It may have intended to redress the balance between men, who were well-versed in matters of finance and court, and women, who had little experience in such matters. They are given additional support; should they require it, to make up for this inequity. It may also be of particular significance that it is a second woman, and not a man, that is appointed to support the testimony of the first. The testimony is removed entirely from the domain of men, and validated entirely upon its own merit, breaking down the psychological barriers which had imprisoned women for so long.

The crux of the issue comes down to whether the first woman’s testimony would remain valid even without the support of a second woman. In light of the above, this question has become almost obsolete, however, remains worth considering. There are other Qur’anic verses which deal with witness testimonies, such as Chapter 4 verse 16 which calls for ‘four reliable witnesses’ to testify for the crime of impropriety, with no differentiation or separate provision for female witnesses. There are even instances in the Holy Qur’an where the testimony of a woman overrides that of a man. In Surah Al-Nur, a woman who swears that her male counterpart is ‘of the liars’ will avert punishment even if he bears testimony against her (verses 7-9). It is unthinkable, therefore, that the Holy Qur’an meant for a second woman to be pre-requisite for a woman’s testimony to be accepted as evidence in court.

The purpose of verse 283 in Chapter 21 is made abundantly clear, and the inclusion of women by way of a practical and unequivocal procedure promotes equality between men and women at a time when there was none. The consistent affirmations in the Holy Qur’an of protections and rights afforded to women were revolutionary at the time of revelation. Equality is laced consistently throughout the verses of the Holy Qur’an, shaking the very foundations of Arab society. Islam has pioneered equality between men and women throughout its history. This verse is one of many which highlight the tragic loss of momentum on this frontier. Jurists have since coloured this verse with their own patriarchal values, tainting it beyond recognition and contradicting the very essence of Islam.

To conclude, the testimony of a woman is not only equal to a man’s, but is also prized and valued to the point where the Holy Qur’an takes pains to include and make provision for its submission. This was the kind of defence I was hoping to hear ring out on Question Time; an answer which unequivocally denounces the various misunderstandings and mistaken assumptions surrounding this verse. However, were it not for the lady’s telling silence, I would never have been spurred on to research the subject myself.

Do women have an unfair share in inheritance?
‘Not all heroes wear capes… sometimes, they wear hijabs.’
Why does Islam allow polygamy?
Living as a Muslim woman in modern-day society
2 Female Witnesses for 1 Male Witness?
Go to Top
Start Here
Research
Contact Us
Follow Us
Copyright © 2021 Ahmadiyya Muslim Community. All rights reserved.
Privacy Policy | Use of Cookies | Terms of Service | Sitemap
Start Here