Why does Islam allow polygamy?

Marriage is a sacred institution in Islam with very important objectives. In most cases, the objective is achieved through monogamy. However, in certain situations, a man is allowed to marry more than one wife, with the condition that he treats his wives with justice, and takes the decision with Taqwa or God Consciousness.

The idea that Islam allows polygamy so that men could pursue lust and as an excuse to fulfill sensual desires is a far cry from what Islam actually wishes to achieve.

Time and time again the question of polygamy in Islam is raised as a grave issue and a big hurdle to any serious discussions about Islam. The general idea is to ask: How can Islam claim that there is gender equality when it allows men to marry up to four wives? If men can have multiple wives, why are women also not allowed to marry more than one husband?

Let us explore why Islam permits a man to have up to four wives.

Polygamy is allowed, though not mandatory, as a remedial measure for certain situations that may arise from time to time. 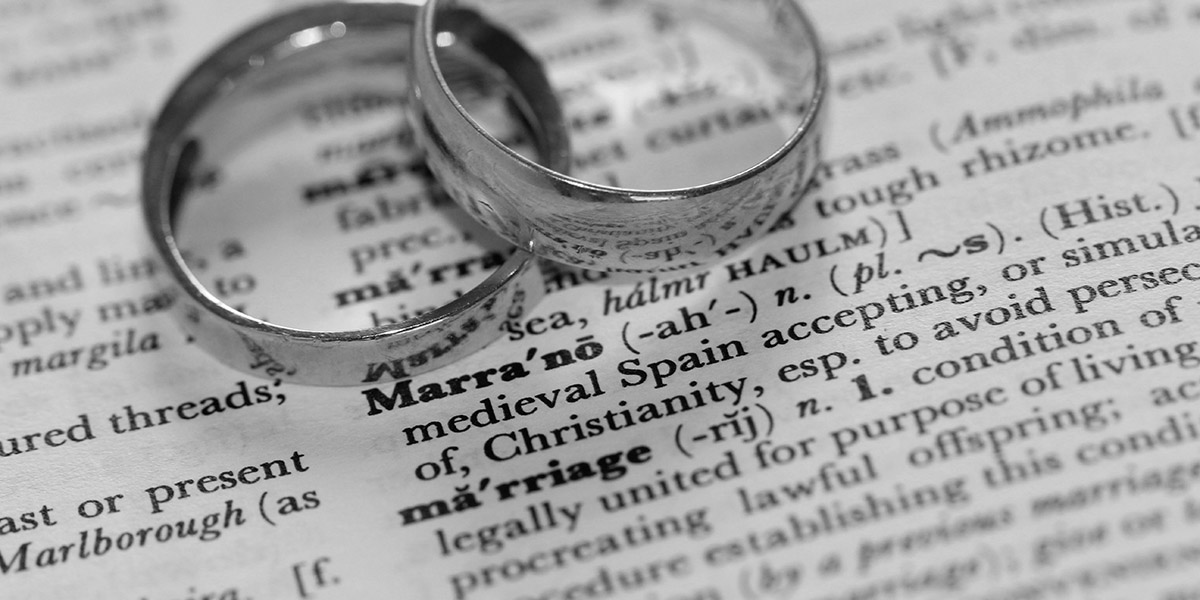 The first thing to note on this issue is that polygamy is not ordered as a general rule for all Muslims to follow. Instead, it is a provision – something allowed – for special circumstances. Hazrat Mirza Tahir Ahmad(rh) explains it as follows:

“…first this provision in Islam of marrying more than once is not a generality. It pertains to certain situations when it becomes necessary for both preserving the health of society and the rights of women to have this provision available.” (Islam’s Response to Contemporary Issues, p. 96)

The primary occasion then for the provision of polygamy is in war-time situations. During times of war, the number of men in the society is reduced due to war casualties. Consequently, there is an increase in the number of widows and orphans. For such situations, Islam gives the provision of polygamy so that the widows and orphans could continue to have the possibility of a family life after the passing of the husband/father.

“…it is evident from a study of the Holy Quran that a special situation of a post-war period is being discussed. It is a time when a society is left with a large number of orphans and young widows, and the balance of male and female population is severely disturbed. A similar situation prevailed in Germany after the Second World War… There were a large number of virgins, dejected spinsters and young widows for whom it was impossible to get married” (Islam’s Response to Contemporary Issues, p. 98)

Hence, Islam proposes polygamy as a solution in a time of crisis. Instead of abandoning large numbers of families, widows, and orphans, in the hope of holding on to some notion of “equality” and monogamous marriage under all circumstances, Islam offers a practical solution keeping in mind the long-term health and spiritual condition of individuals and the society at large.

In the course of this discussion, if there should be any appeal to emotion, it should be an appeal to the emotional state that such families are going through. Rather than abandoning them, Islam treats them with compassion and mercy. However, this does not mean that due safeguards and precautions are also abandoned.

Those who do take to this recourse are reminded to treat each of their wives with justice, as the Quran states:

It should be noticed in this verse that “fair dealing with the orphans” is the primary motivation in Islam for allowing multiple marriages, albeit connected with a strict condition. Prior to the decision to marry a second wife, the man must first ensure that he will deal with his wives and any orphans with justice. If he is not able to ensure that, he should stick to monogamy.

Other reasons for polygamy

While the primary reason for multiple marriages provided in the Quran is to take care of orphans, there can arise other situations where a second wife may be sought. The Detailed Commentary of the Holy Quran discusses some of those situations in light of 4:4. This issue is also discussed at length in the book, The Life and Character of the Seal of Prophets (sa) – Volume II, by Hazrat Mirza Bashir Ahmad(ra), pages 250-266.

Prior to fully understanding these secondary reasons for polygamy, we should understand what the Quran defines as the purpose of marriage itself. There are four objectives given in the Quran for marriage:

It is important to note that nowhere does the Quran state the purpose of marriage as pursuit of lust and sensuality. That is not a purpose of marriage in Islam, whether it is with a single wife or multiple wives. Hence, any notion that Islam is making a provision here for men to lead lustful lives is a complete misconception.

There is a subtle difference between a marriage intended to fulfil lustful pursuits and a marriage meant for gratification of natural desires. In the case of the former, marriage may become the means of exploring sensuality without bounds and limits and such marriages eventually become deprived of comfort, tranquility, sense of purpose, and love. Comparatively, in the case of the latter, marriage becomes a means to curtail and fulfill natural desires along with the intended goal of finding comfort, love, procreation and protection against evils.

Some religions view any fulfilment of natural desires as lowly or worldly, and have taken the position that the most spiritual way to live life is to be celibate. Islam, on the other hand, does not take this extreme approach, and considers marriage a necessary means to guard a person from evils by providing an outlet for those natural desires, which exist in order to ensure procreation and the continuation of human life. Without marriage, a person would be in constant danger of committing sin in order to fulfill those desires. An acknowledgement of the existence of such desires does not however mean that Islam has opened the door for lustful pursuits of sensuality as the only objective.

Marriage, therefore, is an institution in Islam aimed at helping a person become more spiritual and connected with God. By having an outlet for those natural desires, a person can freely and calmly pursue the real goal in life which is the worship of God. Whether it is a monogamous marriage or a polygamous marriage, this objective remains the same.

Furthermore, the four purposes of marriage listed above can apply both in the case of a monogamous marriage and a polygamous marriage. For instance, if the purpose of marriage is to guard oneself against evils, and this purpose is not being fulfilled with one wife, the husband is given the permission to marry a second wife. Hazrat Mirza Bahir Ahmad(ra) explains this scenario as follows:

“…one purpose of marriage is Ihsan, i.e., that by this means a person may be safeguarded from various ailments, evils and illicit deeds. However, it is possible that a person is confronted with circumstances whereby he is unable to uphold his righteousness and purity, whilst maintaining relations with a sole lady, who happens to undergo periods of menstruation, pregnancy, delivery, suckling, and other forms of ailments, etc. Then, even if by an extraordinary effort he is able to safeguard himself from practical indecency, in the least, one aspect of impurity continues to dominate his thoughts, or perhaps there is a risk of him becoming afflicted by some physical ailment. Hence, the correct remedy for such a person is none other than polygamy. In other words, for such a person, the very same purpose which was the motivating factor for one marriage, shall become the catalyst for another marriage in this case”. (Life and Character of the Seal of Prophets (sa) – Volume II, p. 253)

This is just one example. There can be other situations where any one of the purposes of marriage is not being achieved with one wife. In such circumstances a man may seek remedy for his situation with a second wife.

Given the above understanding for the reasoning behind polygamy, critics have raised two important questions:

The answer to the first question is that it takes a great amount of naivety to suggest that men should remain patient all the time and never ever have recourse to having another wife. It is an undeniable fact that polygamy has always existed in the history of human civilization[*]. This is especially evident in the long line of Prophets in the Bible who were men of God and yet had multiple wives.

One critic has taken specific issue with the idea that a man decides to marry a second wife because he is not able to have a male child from the first wife. He argues that having children is much more important to women as compared to men. Why, in such cases, is it that the woman’s emotions are overlooked and it is the man who gets the option to marry a second wife?

If the husband and wife collectively decide that the man should take on a second wife because the first wife is unable to bear children or have a male child, what objections can any critic lay on them? What moral authority do the critics have over any husband and wife who have decided to do this for their own circumstances and their collective happiness?

The fundamental issue at hand is one of intention, not the action itself. The Holy Prophet(sa) beautifully said:

Meaning, “Actions are judged by intentions”. Islam teaches that all human actions are to be judged by intentions. The fundamental requirement is that Muslims live their lives with Taqwa (God Consciousness). They should be constantly aware that God is watching their actions and will hold them accountable for even their evil thoughts as Allah says in the Quran:

If the husband has a sinister intention in marrying any of his wives, he will be held accountable by Allah. However, if his intention is pure and his decision is taken with Taqwa and with a firm conviction that he is accountable before Allah, no critic should raise any questions from any presumed role of a moral high ground.

Why are women not allowed to have more than one husband?

Men and women are not identical units. The fact that we are similar also means we are not the same. Because we have deviated from divine design and intent, it is the key reason why many are so conflicted about polygamy. The way men are wired by God, two husbands to one wife is bound to cause conflict and violence in the family and in the society at large. The lineage of each child would almost always be a suspect despite DNA testing. Islam is a universal religion and rules are made keeping in mind the greater good of society and the community.

From the perspective of a woman, if the objectives of her marriage are not being fulfilled, Islam allows her recourse through divorce, and to find another husband. That is the path which will bring her far greater benefits as compared to having two or more husbands.

[*] See the book, The History of Human Marriage