00:50 Question from Surath Al-Anam. (6:72) Is this about Shayateen? Is it talking about a particular person?

Holy Prophet Muhammad(sa) said that every man has his own Shaitan (Satan). Some Shaitan is attached to bad people and makes them evil. Such gangs of people are called Shayateen.

05:06 Recitation of a verse from the Holy Quran about Shaitan (6:69). The other bad shaitan is not mentioned at all. It is a human weakness. Shaitan runs in the blood of human beings. Holy Prophet Muhammad(sa)‘s shaitan became a Muslim, it means it can’t call him towards evil. Khata (mistake) is not a evil/sin, just mishap. No prophet of God is exempt from Shaitan. These are human weaknesses. Vision of Hazrat Moses(as) while traveling along the sea coast when the fish got lost. He said Shaitan made him forget it.

09:16 There is other Shaitan who calls towards evil thing. Other Shaitan doesn’t call towards sins but it causes human errors. No human is exempt from it.

11:26 A questioner has watched a program on MTA. She saw some young men in wrestling clothes. Is it appropriated for men to show their knees. Those clothes are made for wrestling, not for misleading. Showing of ladies legs should be an issue. Islam is not rigid. Poor boys at the time of Holy Prophet Muhammad(sa) wore very short shirts, when they would pray Namaz, sometimes their naked parts could be seen. But this was not taken in the wrong sense. During Battle of Uhad women also went to look after the injured. This is given in Ahadith. Important is being pious and dressed in Taqwa (righteousness). When the purpose is to attract attention then it is sin.

Picture of grapes was shown on tv which is a sign of wine. Why should you be reminded of wine? Some people consider making of statues as Haram (forbidden). Huzoor(rh) didn’t agree. Even dolls are like statues, Hazrat Ayesha(ra) also played with dolls. Carving a piece of wood for worship is Shirk (Idolatry). Image by itself is not Haram (unlawful). Holy Prophet Muhammad(sa)‘s hujra (room) was decorated with some draping curtains which had some images. Huzoor(sa) didn’t object. He only objected when he was praying and his concentration was affected as the curtain was in front.

28:22 There are some drinks which do not contain alcohols. Why not be reminded of those thirst quenching grapes juices.

32:08 Is Drawing not forbidden? It depends on what you are drawing and what your intention is. Drawing is important for history, as it tells important things about the people of the past. Everything which is built in human nature is not wrong. It is the purpose for which we use it makes it good or bad. For example, every child is born a Muslim. It is the parents of the child who make him/her a Christian or a Muslim. Holy Quran speaks of Allah as “yumusavviroon”. It tells us to imitate him.

40:05 One Tasveer (picture) was made by Holy Prophet Muhammad(sa). He gave an example of life and desires. He drew the picture of a tree using his own hands from his imagination. He drew the line of a tree and drew arrow like things. He said man wishes to go that high. As he goes further he is struck with arrows of sorrows. His desires go a long way. The life is shorter than that and comes to an end. He made this picture to illustrate things. This is Sunnate Nabwi.

All scientific drawings are covered by that act of Holy Prophet Muhammad(sa). That’s a perfect Prophet. Never left any corner unattended.

44:54 Question from a verse of Surah Hood: Arshu-Alma-arsh is the centre of creation. The final image or purpose of God depends on water. God knew the importance of water before the world’s creation. Water is the symbol for spiritual food, quenching thirst. Water and life go together. It doesn’t mean God was sitting on water like a bird. It is stupid to conceive such an idea. Arsh is the Qursi (chair) for which Allah depends on for his creation. Holy Prophet Muhammad(sa)‘s heart is also arsh. God created him for fulfilling the purpose of creation. This is reality. He was the only one who visualized God, no other person could do so. It was heart of Holy Prophet Muhammad(sa), on which God descended. God made himself manifest on Holy Prophet Muhammad(sa)‘s heart.

51:20 Arsh in physical sense means God sits on it. Arsh meaning becomes clear. Everything is held by God, there is nothing on which God leans. God supports everything. Arsh or Qursi means anything on which a king or a emperor sits. Literal meaning in relation to God is not applicable because he is no a physical thing.

56:25 There is a common belief that angels are carrying the Arsh. Huzoor(rh) mentioned this in his Friday Sermons. If ones read the Tafseer – one will find the image of this to be very childish. Angles are holding the pillars of the Arsh. The angels are very tall and their feet is embedded deep into the earth. There are 8 angels who are carrying the Arsh on their shoulders and Allah is sitting on it. They will die one day, Israel will kill them. Who will then hold the Arsh? Won’t it drop? This is a very stupid thought. They should try to understand the wisdom of the Holy Quran. 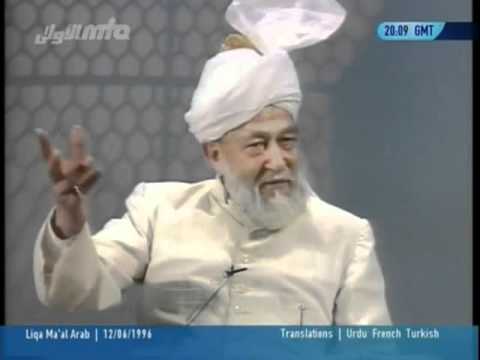 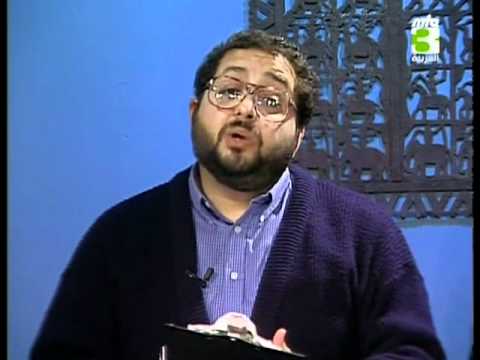 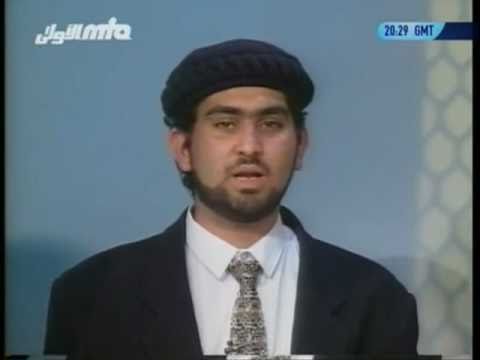 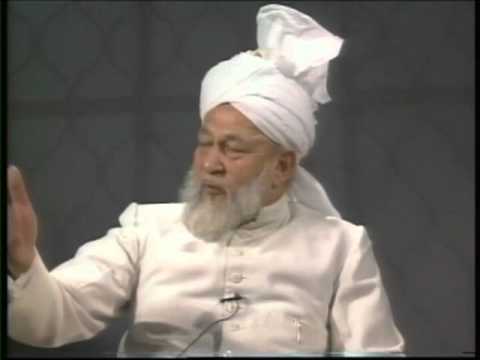 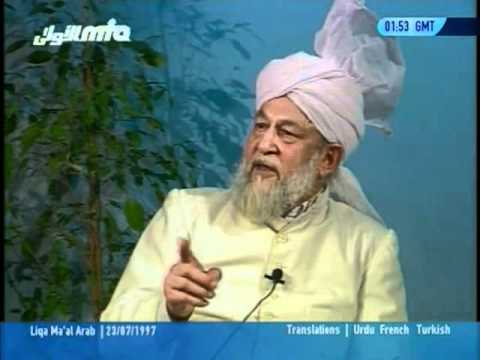