11 ways to purify the soul

As explained by Hazrat Musleh-e-Maud

What is the secret to success? According to Allah the Almighty, it is to purify your soul.

Clearly, this is much more easily said than done. In a world muddled with immorality, it may seem well-nigh impossible to purify one’s soul. We may perhaps feel that our souls will forever remain polluted by the poison of our impurity, that our sins are so egregious that they can never be washed away, and that the path to purity is now obscure. 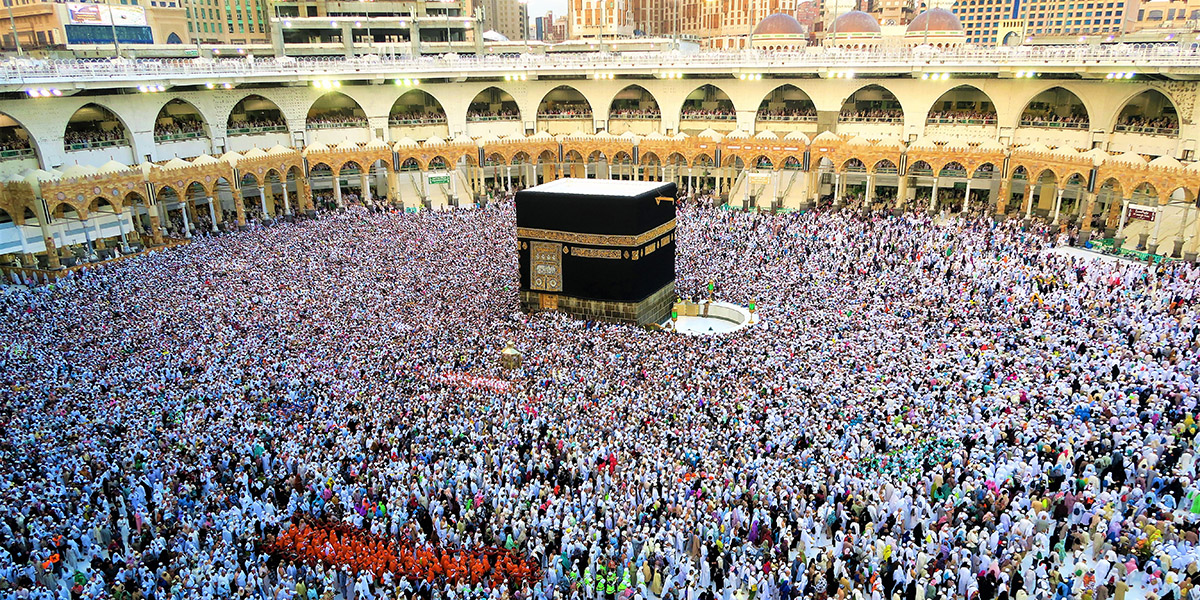 1. Remove all impure thoughts from your heart

“The first requirement to purifying the soul is that one continues to remove all evil and impure thoughts from the heart. (Irfan-e-Ilahi, Anwar-ul-Ulum, Vol. 4, p. 371)

2. Know what Allah likes and dislikes

“One cannot purify his soul until he abstains from all evils and performs virtuous deeds. Thus, it is necessary that one gain complete knowledge of all those deeds that God dislikes and likes. The Promised Messiah(as) had made an index of all the enjoinments and prohibitions mentioned in the Holy Quran, on the Holy Quran which he used to recite. From this, it is evident how much he [the Promised Messiah(as)] cared for the execution of God Almighty’s enjoinments and prohibitions.

“Thus, it is of utmost important to know these matters for the purification of the self; and when these points are known, the matter becomes quite easy, for man departs from the darkness of ignorance and enters into the light of knowledge. If enjoinments and prohibitions are known, then one should strive to act upon them, for striving to act according to the correct means after knowing them is the sole formula for success. Even if one stumbles in acting upon these means, and one does not fully do so, he should still not abandon his efforts; rather, he should continue striving, for this shall serve to be the cause for his future progress. Indeed, it must be remembered that one should not abandon those deeds without which faith cannot be complete; one should act upon all of them.” (Ibid, pp. 371-372)

“One should embed in their heart and continue to remember those deeds that cause one to attain purification and vice versa, for those deeds that are constantly remembered are fixed and implanted into the heart. I shall explain with the following example:

“Let us assume there is an individual who is extremely short tempered. He should, at the opportune time, reflect, ‘I get angry very quickly. This is an evil deed. It is an obstruction to my spiritual progress. Hence, I shall never ever commit this deed.’ He should constantly remind his heart of this enjoinment to the extent that it embeds itself in his heart and he saves himself from this malady …

“Success becomes possible through progressing gradually and making it a daily practice. Hence, compel yourself to perform a good deed just one time and then do so again at another juncture. In this manner, perform this deed many a time which shall eventually become a habit.

“In reality, a man’s nafs [ego] is like a child. Hence, it should be dealt with as a child, and those same means that are used in schools to teach children should be utilised to teach spirituality. First, children are taught small lessons and gradually the workload is increased.” (Ibid, pp. 372-373)

“You must be consistent in performing good deeds. Allah the Almighty declares:

“Those people are extreme liars, who claim they have beheld or are at one with God and, ‘Thus there is no need to continue searching for Him by means of this [figurative] boat. Prayer, fasting, Hajj, and Zakat are all the name of this boat that causes one to reach God Almighty. When man reaches God, it is ignorance to remain in this boat’ …

“The Entity that we desire to reach is not limited and we are traveling through such a river that is endless. Thus, our example is similar to a person who is traveling on a river for the purpose of reaching the source of that river, unlike someone who travels from one bank of a river to another. Hence, as God is not limited, our deeds must also not be limited in order to reach him. If He were indeed limited, then our Prayers, fasts, Zakat and Hajj would also be limited. But because our God is not limited, then how can our deeds be limited? …

“There must be consistency in worship. It should not be that one performs their worship for a period of time and then ceases. In doing so, whatever was attained previously, would not render any benefit, as Allah has declared:

“There are so many matters that one cannot understand without a teacher and it is thus necessary that he have a teacher to help him understand these matters. God Almighty declares:

“You should remain in their company so that you become strong. Hence, it is immensely important that one benefits from a perfect teacher. The chains of reformers, saints and perfect believers continues in every era. When they cease to exist, then God raises a prophet; one should thus benefit from them. As a student cannot study from books himself and needs a teacher to learn, similarly, one cannot attain spiritual ranks by himself and needs a teacher to learn …

“Man can learn that knowledge in minutes from a teacher, which would have taken him years to learn without a teacher. Even if students, at the very beginning of their education, begin to use the dictionary to learn, they cannot learn on their own in years what a teacher could teach them in days.” (Ibid, pp. 375-376)

“Meaning, ‘On that day when Allah will raise them all together, He will inform them of what they did. Allah has kept account of it, while they forgot. And Allah is Witness over all things.’ (Surah al-Mujadalah, Ch.58: V.7) …

“Also, there exists quite a famous saying of Hazrat Umar(ra), which many mistake as a hadith:

7. Reflect upon Quranic injunctions to do good

“After understanding the Quranic enjoinment and prohibitions, one must inculcate a habit of reflecting upon them … For example, one should reflect upon the blessings and benefits of prayer, fasting and other righteous deeds. In the same manner, one should reflect upon the realities and results of lie, dishonesty, treason and vice etc., for the manifestation of the reality of something gives rise to love or hatred for that thing in man’s heart. In regard to this, the Holy Quran states:

8. Be willing to accept your mistakes

“One should have the characteristic of acceptance. It should not be such that he hears a matter and does not even attempt to act upon that matter; rather, when a matter is told to him, he should direct his attention towards it and strive to act upon it. The aforementioned verse (Ch.7: V.180) also indicates this. It is impossible to attain success for those people who hear a matter and then neglect it, or they see a thing, but ignore it.” (Irfan-e-Ilahi, Anwar-ul-Ulum, Vol. 4, pp. 383)

9. Bear admonition with patience and tolerance

“One must bear with patience when they are admonished for a mistake. Many people are unable to reform themselves precisely because they get off ended when their error is pointed out and they do not fix this error. Yet, they should not act like this; they should tolerate when they are reprimanded for an error they commit. God Almighty declares:

[Meaning, ‘And when it is said to him, ‘Fear Allah,’ pride incites him to further sin. So Hell shall be his sufficient reward; and surely, it is an evil place of rest.’ (Surah al-Baqarah, Ch.2: V.207)]

“In other words, there are some people who, if told to fear Allah, become indignant at this advice and become insane at the thought of being degraded and instead of heeding this advice, they begin to oppose and contest the advisor. The abode of such people is Hell, for instead of being appreciative and grateful to the individual who pointed out the mistake, they quarrel with him.

“People should not understand from this that when they see a flaw or deficiency in someone, they have the right to openly reprimand and admonish him [publicly] in the marketplace. One should always advise or admonish in private, and the well-wisher should also keep in mind his own capacity and status as to whether he holds the right to admonish the person, lest the result is not reverse or becomes perverse. Hence, just as it is necessary for one who commits a mistake to hold the strength to tolerate and listen to the admonisher’s words with a cool heart, it is also necessary for the admonisher to proceed with great caution. It should not be that he humiliates whomsoever he desires in front other people.” (Irfan-e-Ilahi, Anwar-ul-Ulum, Vol. 4, pp. 383-384)

“One should never become hopeless; rather, he should have trust in Allah. There are some people who work tirelessly but become hopeless at such a point when they are soon to see the fruit of their hard work …

“So, a believer should never become disappointed. He should continue to advance forward and never forsake his progress at the sight of failure. Indeed, he should reflect upon the reasons for his failure and should attempt to remove them, if he is able to find them. But one should never despair of God Almighty’s grace.

“Some people say that they never see the fruit of their actions and thus forsake them. I say that you should continue to proceed forward in your matters, even if you do not see any result. Inevitably, you will certainly be successful …

11. Consider every sin as major

“Some people declare some sins as very severe sins and declare some sins as very minor; consequently, they do not take caution in abstaining from those sins [which they consider to be minor]. The Holy Quran demonstrates that sin cannot be categorised as serious or minuscule. According to the Holy Quran, miniscule sin is that which arises in man’s mind but he does not act upon it, and serious sin is that which he acts upon … Hence, one should not consider any sin to be miniscule, for man cares not for those sins he considers miniscule …

“The ahadith record that the Holy Prophet(sa) was traveling somewhere and passed by a cemetery. There, he stated, ‘The inhabitants of these two graves are being punished for what they considered to be a miniscule matter, but in reality it was a serious matter. They were miniscule matters in a sense that they could have easily abstained from them, but serious in a sense that they caused them to enter into Hell. One inhabitant did not take caution in protecting himself from splashing droplets of urine on himself and the other would backbite.’ (Tirmidhi)