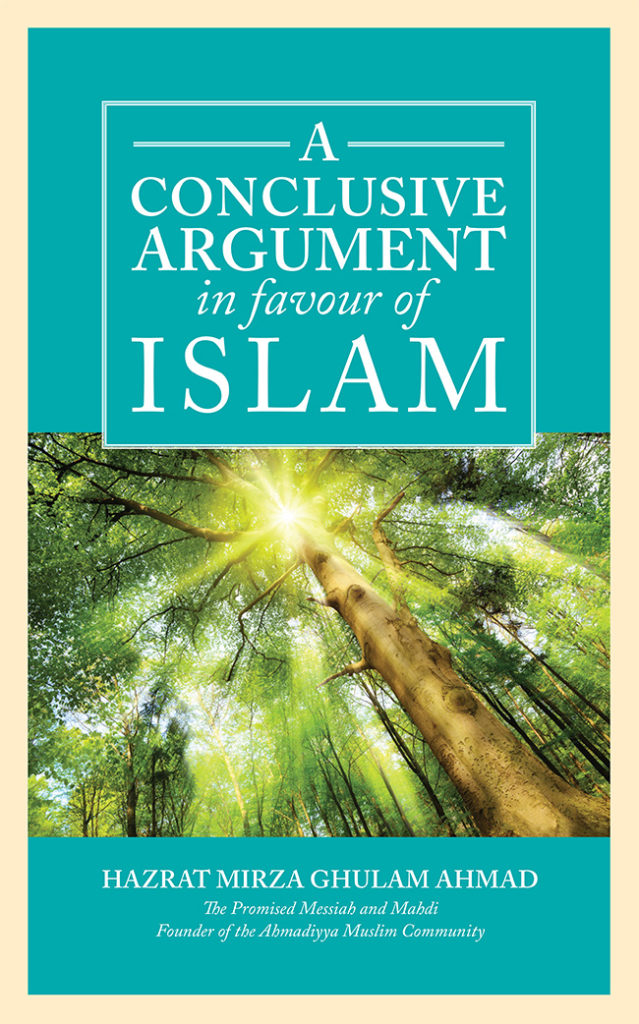 Mere claims do not prove that a certain religion is true. The distinct hallmark of a true and living religion is that it establishes the existence of God in every age and with undeniable evidence.

In this work, Mirza Ghulam Ahmad of Qadian, the Promised Messiah and Mahdi, explains that Islam is a living religion that is not based on tales of the past, but possesses the power to endow its followers the ability to manifest miracles and signs even today. A tree is recognised by its fruit he states, and the fruits of Islam can be tasted by all even today.

The author takes up the challenge of Dr Henry Martyn Clark to engage in a debate that he said would once and for all settle the differences between Christianity and Islam, and determine the superiority of one over the other – a debate dubbed ‘The Holy War’ by Dr Clark. The author presents copies of correspondence between Dr Clark and himself, as well as letters to and from the Muslims of Jandiala, who were to be represented in this debate. It also contains the conditions settled for the aforementioned debate and proclaims a prophecy regarding Muhammad Husain of Batala.

Read the book in these formats or listen to the audio

An Elementary Study of Islam