The word ablution applies to washing some parts of the body preparatory to the performance of Prayer. This is a prerequisite which must be fulfilled, otherwise the Prayer will not be considered valid. The Hadith clearly instructs that one should wash one’s hands three times with water and then clean one’s mouth by rinsing with water three times. 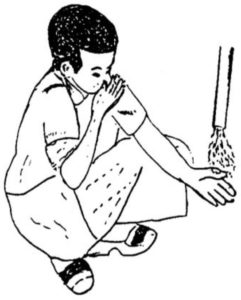 Then, the nose should be internally cleaned by pushing a little water into the nostrils three times. 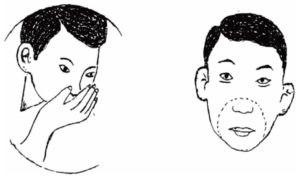 And then the entire face should be washed three times. 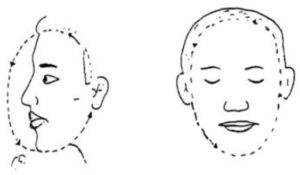 After this, the whole of the forearm up to and including the elbow should be washed three times each, starting with the right. 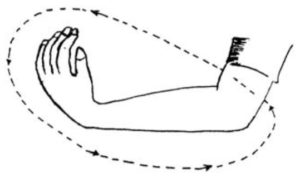 Then, having wetted the hands with some water again, a pass should be made over the head with both hands, palms downwards with thumbs outstretched so that almost the whole head is covered by this in a passing motion. At the end of this motion, the ears should be cleaned with the tips of the forefingers. The forefinger of the right hand is used for the right ear and the forefinger of the left hand is used for the left ear. The finger tips move along the crevices and grooves of the outside ear and are dipped slightly into the ear holes. 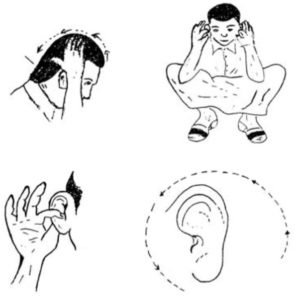 After passing the finger tips around the grooves of the external ear and dipping them into the ear holes, all fingers are joined together and the hands are inverted so that the palms now are facing outwards. With the back of the hands, a pass is made from the nape of the neck to the front of the neck. 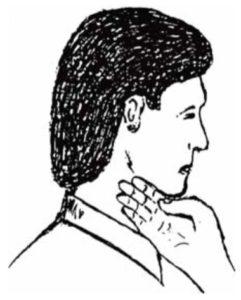 Lastly the feet should be washed up to the ankles inclusive, three times each, again beginning with the right. If for some reason, the limbs are washed just once, or twice, during the ablution, the ablution is still complete, even though the best form of ablution is that which we find in the established Sunnah of the Holy Prophet Muhammad(sa) which is to wash the limbs three times. Thus the ablution is completed. 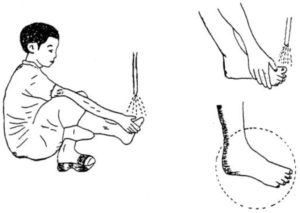 It is essential that the following prescribed prayer be recited for ablution:

This is ablution in normal circumstances when one is healthy and the use of water is not medically inadvisable, and where clean water is easily available. In case of illness or non-availability of water, there is a simple substitute for ablution in the following form which is called Tayammum.

If a clean dusty surface or a solid surface is available, one should pat the surface with the open palms of both hands, and make a motion with both hands passing them over one’s face. Then, one should pass the hands over the back of each other successively. If too much dust accumulates on the hands, then one is permitted to dislodge the excess. This is only a token ablution to remind one that whenever possible, proper ablution should be performed.

Factors Which Render an Ablution Ineffective

If after ablution, one puts on socks, then it is not essential to wash one’s feet for the following 24 hours when one performs ablution. Instead, one should wet one’s hands and after shaking off the excess water, one should make passes with the hands on both feet on top of the socks. This should be considered an alternative to the washing of the feet. This permission is extended to three days during a journey.

Some Noteworthy Differences of Opinion Among Different Schools of Jurisprudence

According to Shia jurisprudence, the feet are exempted from washing and only the passes as mentioned before are enough, whether one is wearing socks or not. According to some more rigid schools of thought like the Wahhabis, ordinary socks, whether they be woollen or cotton are not enough. Socks have to be made of thin leather which is impervious to dust and moisture, etc., in order to avail of such concession.

According to some other schools, this attitude is too strict and makes one slave to superficialities which is not in the true spirit of Islam. The Holy Prophet(sa) described the spirit of Islam by saying:

Indeed it is a religion of ease. (Bukhari, Kitabul-Iman)

The Ahmadiyya Muslim Community agree with this. They consider the best policy is to apply common sense. So, if a pair of socks are thick enough to protect one’s feet from dirt and filth, the question of which material they are made of does not arise.

Taking a bath is always encouraged and promoted in Islam. Islam emphasises not only the cleanliness of the soul but also that of the body. In some situations however, it has been made a prerequisite to the offering of any formal Prayer. The following are the conditions which necessitate taking a bath and where ablution alone is not enough.

Additional Situations Where a Bath Is Essential

Every new born child must be bathed, and also the body of every person who has died should be bathed before the Janazah Prayer. However, for those who are martyred or killed during war or murdered in any way, an exception is made and they are not bathed.

Apart from the occasions when bathing becomes necessary, the taking of a bath every Friday, on the celebrations of ‘Id and just before performing Hajj were strongly emphasised by the Holy Prophet(sa).

It is interesting to note that the Holy Founder(sa) of Islam used to take a bath in the following manner:

He would start bathing by performing Wudu’, i.e. ablution, but not including washing of the feet which he would do at the end. Then he would pour water at least three times on the right side of his body, followed by three times on the left. He bathed so meticulously that every pore of every part of his body was washed thoroughly.

In all such conditions where bathing becomes obligatory, one can neither perform Prayer without bathing nor enter the mosque, nor recite the Holy Quran. Exception is made for women during their periods as far as the reading of the Holy Quran is concerned. They can read the Holy Quran but are advised not to touch it with their bare hands.