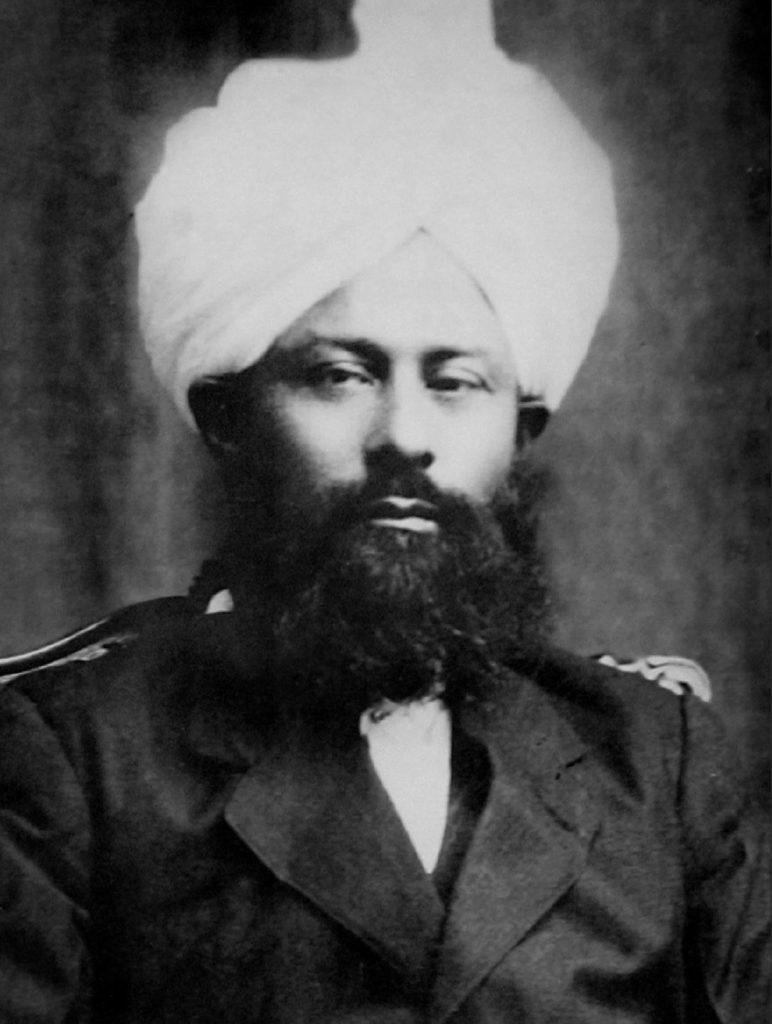 The Promised son(ra) of the Promised Messiah and Mahdi(as); the manifest Sign of Allah, the Almighty; the Word of God whose advent was prophesied by the Holy Prophet Muhammad(sa) and the Promised Messiah(as) as well as the past Prophets; a Star in the spiritual firmament for the like of which the world has to wait for hundreds of years to appear; the man of God, crowned with a spiritual hallo from which radiated such scintillating rays of light as would instil spiritual life into his followers and captivate and enthral those who were not fortunate to follow him; an orator of such phenomenal quality that his speeches would make his audience stay put for hours on end, come rain or shine, deep into the late hours of the evenings while words flowed from his tongue like honey dripping into their ears to reach the depths of their soul to fill them with knowledge and invigorate their faith; the ocean of Divine and secular knowledge; the Voice Articulate of the age; without doubt the greatest genius of the 20th century; a man of phenomenal intelligence and memory; an epitome of the qualities of leadership; the one whose versatility cannot be comprehended — Hazrat Mirza Bashiruddin Mahmud Ahmad(ra) (1889-1965), Muslih Mau‘ud (the Promised Reformer) was the eldest son and the second successor (Khalifa) of the Promised Messiah(as). He took charge of the Ahmadiyya Jama‘at at the young age of 25 when the Jama‘at was still in its infancy and nourished it to its maturity for more than 50 years with his spiritual guidance, prayers, tears, toil and blood. Not only did he fortify the foundations of the community laid down by the Promised Messiah(as), but expanded the structure of the Jama‘at by initiating various schemes, organizations, and programs taking his inspiration from the Promised Messiah(as) and under the Divine guidance. His foremost concern, to which he devoted all his life, was to accomplish the mission of the Promised Messiah — the daunting task of spreading the message of true Islam in its pristine purity to the ends of the world. To achieve this, he initiated Tahrik-e-Jadid through which spread, and continues to spread, the missionary work all over the globe. His acute intelligence, keen intellect, deep and extensive scholarship and above all his God-given knowledge enabled him to produce a vast corpus of writings, speeches etc. His oeuvre is so vast that it will take many years to see the light of publication.

When the promised Messiah(as) fervently prayed to God to grant him a Sign in support of Islam, Allah gave him the good tiding about this son of his and said:

“…He will be extremely intelligent … and will be filled with secular and spiritual knowledge … Son, delight of the heart, high ranking, noble; a manifestation of the First and the Last, of the True and the High; as if Allah has descended from heaven. Behold a light cometh. We shall pour our spirit into him…” [Revelation of 20th February 1886]1

1 Translation from Urdu by Sir Muhammad Zafrulla Khan in his English translation of Tadhkirah — the book containing dreams, visions and verbal revelations vouchsafed to the Promised Messiah(as). [Publisher]

The New World Order of Islam